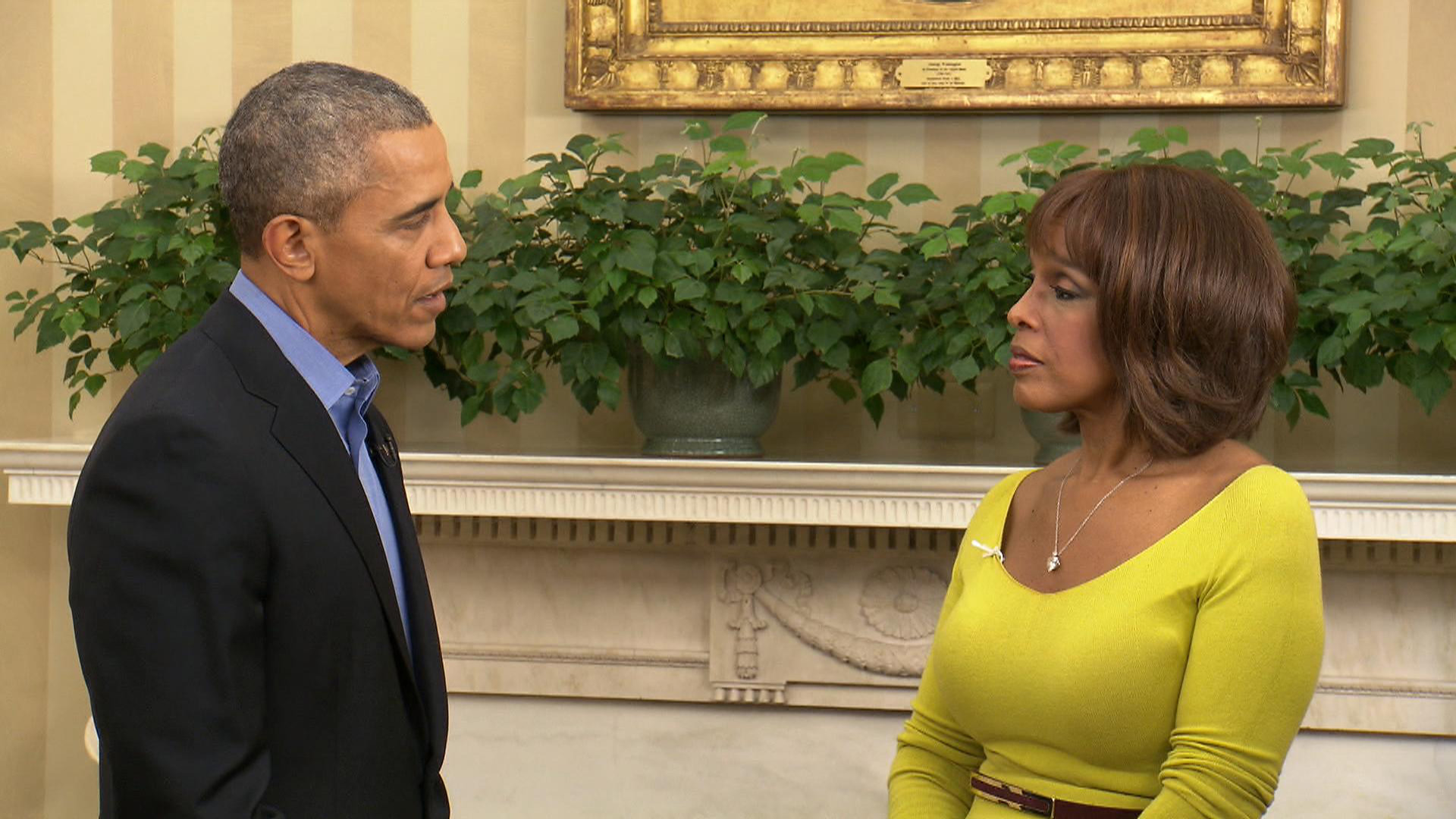 In a wide-ranging conversation on Super Bowl Sunday, President Obama opened up to "CBS This Morning" co-host Gayle King in the Oval Office to discuss his final months on the job. He reflected on memorable visitors, shared charms that he rotates in his pockets, discussed how the presidency changed him and what stresses him out when it comes to the future.

Mr. Obama said Pope Francis' visit to the White House where he had the opportunity to share thoughts and prayers with the pontiff was a stand-out moment during his presidency.

"You know, he's somebody who is the real deal. I think he deeply cares about people, about the most vulnerable," Mr. Obama said.

But the president is also known to love babies.

"I love getting on the ground with babies in the Oval Office. And they're unrestrained so they will run around. They will take out all the apples out of the bowl and set them in various places and then put them back and, they're out of control," Mr. Obama said.

Charms in his pocket

Every day in his pocket, the president said he keeps a charm of something people have gifted him.

"So this is a little picture of Lady Guadalupe that a Latino elderly woman gave to me. She was imploring me to get immigration laws reformed. These are rosary beads from Pope Francis," Mr. Obama shared.

Among other charms was a "lucky" poker chip a tattooed biker gave him in Iowa back in 2008, a little Buddha that a Buddhist monk gifted and guitar picks from Bruce Springsteen.

Ahead of the New Hampshire primary Tuesday, Democratic candidate Bernie Sanders and Republican billionaire Donald Trump are leading in polls.

"What would you have said a year ago when you heard that?" King asked the president.

"Well, look, there's no doubt I would've been surprised at -- and yet I always have to remind people that this is really early in the process. It doesn't seem like it because the reporting process begins so early, almost a year before votes even start taking place," Mr. Obama said. "And so there's going to be a bunch of ups and downs. Early on, often times, voters want to just vent and vote their passions."

As the process moves along and candidates react to events, the president said voters will recognize that the person who inherits the job needs the judgment to lead the country and not just to mouth slogans.

Asked whether he thinks he met voters' expectations of hope and change in his eight years of office, Mr. Obama said he has a list of things he promised he'd do and check that list "every so often."

"I've done a lot of them and I've made progress on almost all of them," Mr. Obama said. "I feel pretty good about being able to match up what I said I would accomplish with what has been accomplished. I mentioned in the State of the Union that one of the things I regret though is that I haven't been able to drain some of the rancor that exists here in Washington. My hope is that, as I am not on the ballot again, that I can contribute to getting people to step back for a moment and say we're on the same team here."

"You're going through major stress in terms of what people think as stress: job change, moving, first daughter going to college -- which is most stressful for you?" King asked.

"Oh, not even close -- Malia going off and leaving me," Mr. Obama said.

"That's the most stressful?" King asked.

"Yeah, that'll make me tear up. We're not going to talk about that on camera," he responded.

How he's changed in the past eight years in office

"My basic character is unchanged, and Michelle and close friends of mine who've known me for years would say, 'He's the same guy.' There's obviously some hard-won wisdom from overcoming challenges, figuring out really hard problems. ... Maybe this is just a function of age as well as having been around the track a while as president is, you lose that fear," Mr. Obama said. "You lose that sense of, 'Oh what if something goes wrong,' because there are going to be things that go wrong."