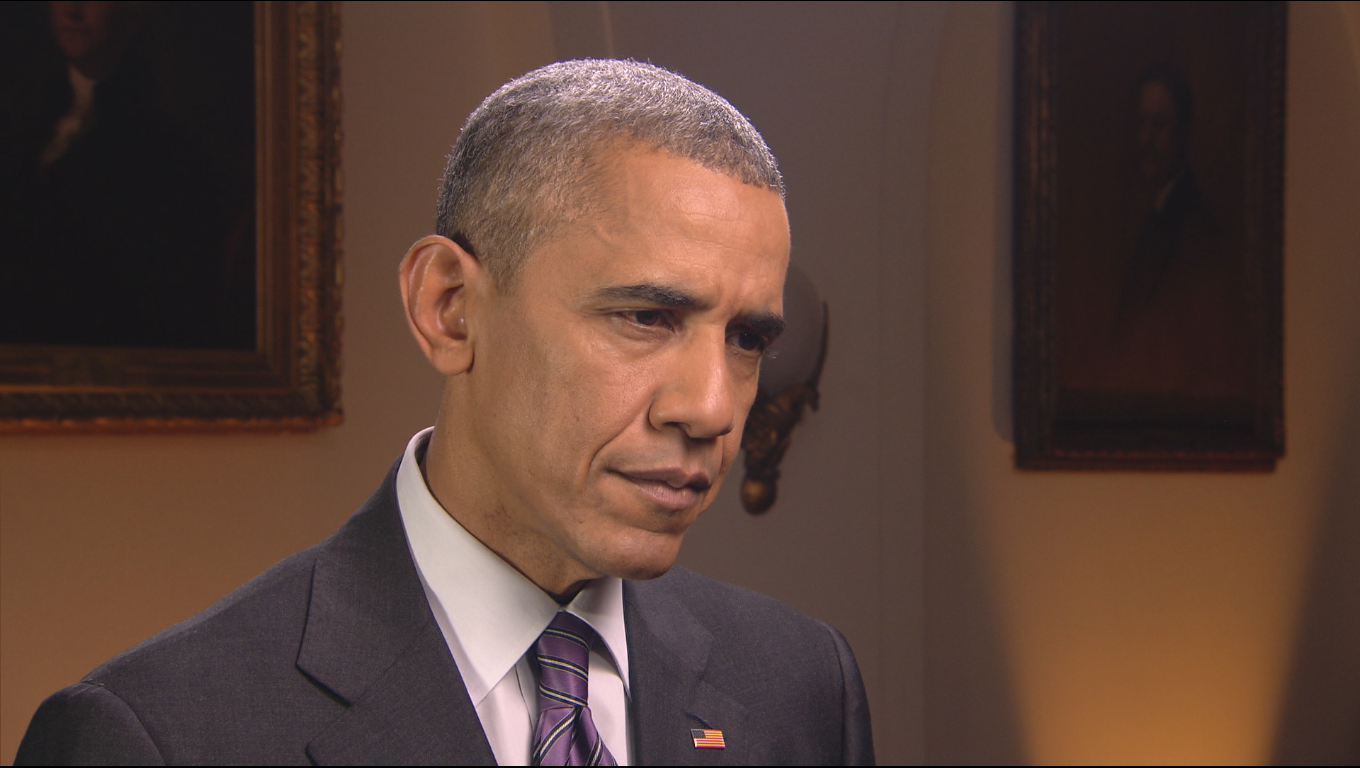 Negotiators from around the world are now in the middle of two weeks of talks in Paris, trying to reach an agreement to limit global warming.

Last month, President Obama pledged a $3 billion U.S. contribution to an international fund for developing countries - such as India -- to cope with the effects of climate change.

He spoke to "CBS This Morning" co-host Norah O'Donnell about his effort to take historic action.

"Keep in mind, these are pledges over a number of years. And this is in our interest. Let's take a country like India that's got over a billion people. If they are to develop, using let's say, coal as their main way of generating electricity, with a billion people... you're looking at an amount of carbon that would mean South Florida's gone, because the ocean's would have risen too high," Mr. Obama said. "You can't build a border wall when it comes to carbon emissions or global temperatures or the oceans. We've got to make sure that people have incentives to work with us."

The president has pushed the issue of climate change more aggressively as he nears his last days in office. But he is receiving backlash from opponents for suggesting that climate change, not terrorism, is the world's greatest threat.

"No challenge poses a greater threat to future generations than climate change," the president said in his State of Union address.

GOP candidate Donald Trump called the president's remarks, "one of the dumbest statements I've ever heard in politics."

"What I mean by that is that-- we're going to get ISIL. They will be defeated. There will be ongoing efforts to disrupt the world order from terrorists, from rogue states... and we have to be vigilant in going after them," the president clarified. "But if you start seeing the oceans rise by five, six, seven feet, if you see major shifts in weather patterns so that what have been previously bread baskets to the world suddenly can no longer grow food, then you're seeing the kind of crisis that we can't deal with through the deployment of the Marines. We can't deal with it through pouring money at it."

The president also responded to Trump's criticism of his climate change remarks.

"Mr. Trump should run back a tape or quote on some of the stuff he's said -- 99.5 percent of scientists in the world say this is a really urgent problem," Mr. Obama said. "Political parties around the world. The only people who are still disputing it are either some Republicans in Congress or folks on the campaign trail."

Despite the backlash from opponents, the president expressed hopes that he would be able to leave behind a legacy with his climate change priorities, especially thinking about his family's future.

"I don't think any president ends the presidency saying, 'I got everything done.' You're always a little dissatisfied," Mr. Obama said. "But Malia is 17. Sasha's 14... and I do picture that if I'm lucky and I have enough years left that 20 years from now... I've got some grandkids, I want to be able to take my little grandson or granddaughter on a walk to the park and know that the planet's in pretty good shape. And I want to feel like I contributed to that."

Genetics linked to how much methane cows release

Ford Foundation will no longer invest in fossil fuels
More