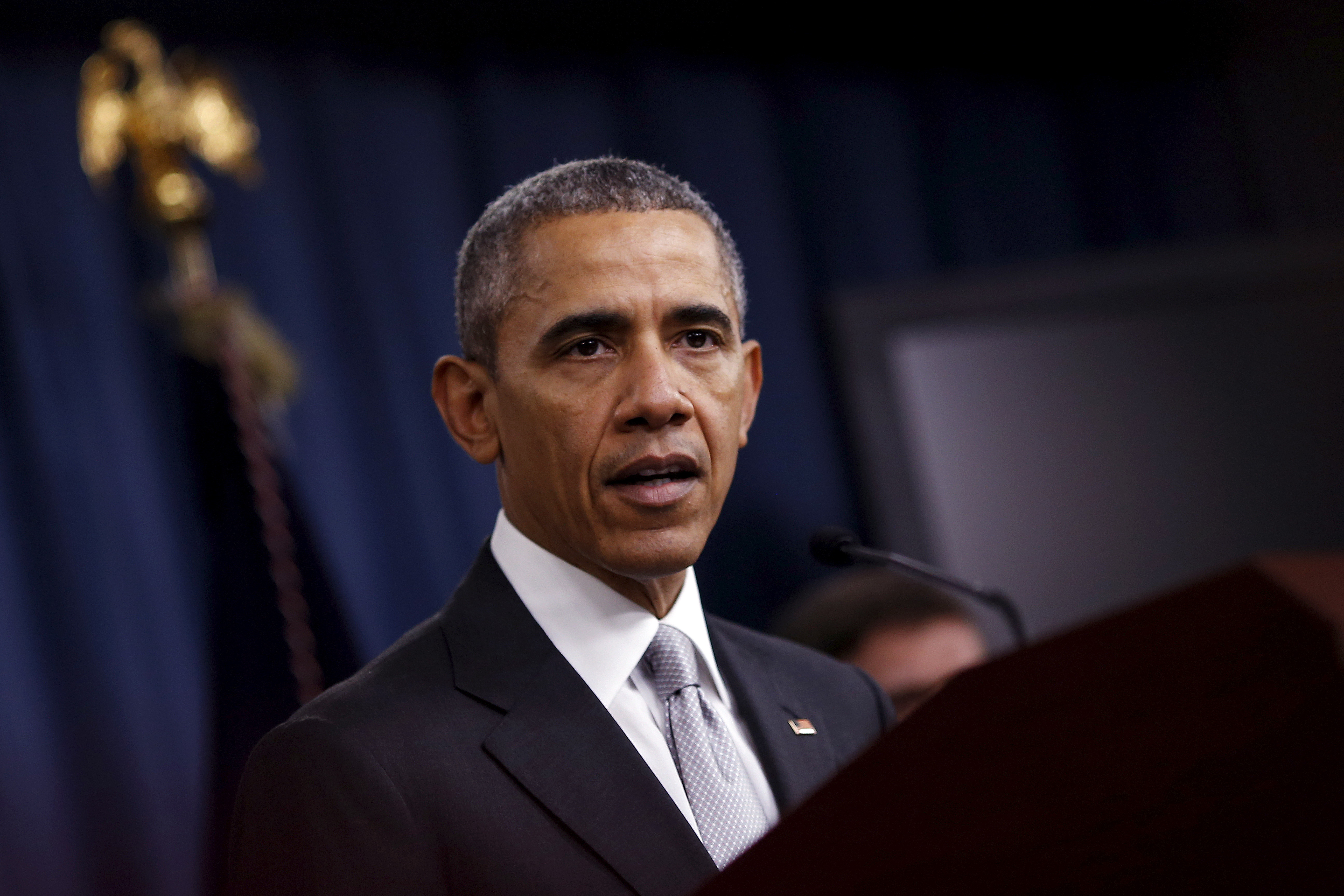 After receiving an update Monday on the fight against the Islamic State in Iraq and Syria (ISIS), President Obama pointed to evidence that the terrorist group is losing ground in the Middle East.

"We are hitting [ISIS] harder than ever," Mr. Obama told reporters at the Pentagon after huddling with members of his national security team to discuss the current strategy. "As we squeeze its heart, we'll make it harder for [ISIS] to pump its terror and propaganda to the rest of the world."

The president said the U.S. strategy is moving forward with "a great sense of urgency on four fronts," which he said means hunting down and taking out terrorist, training and equipping Iraqi and Syrian opposition forces, stopping ISIS recruiting, financing and propaganda, and persistent diplomacy to end Syria's civil war.

"[ISIS] leaders cannot hide and our next message to them is simple: You are next," Mr. Obama.

He explained the battle continues to be a "difficult fight" because ISIS militants are "dug in" in urban areas where they hide behind civilians and use them as human shields. At the same time, the president said the U.S. coalition has ramped up its bombing campaign, and local ground forces have pushed ISIS back in both Iraq and Syria. The terrorist group, he said, has lost about 40 percent of the populated areas it once controlled in Iraq.

The president said he's dispatching Defense Secretary Ash Carter to the Middle East Monday afternoon, with a first stop in Turkey to discuss the fight against ISIS. Secretary of State John Kerry will head to Russia to meet with President Vladimir Putin tomorrow.

Meanwhile, Mr. Obama also added that the Department of Homeland Security is in the process of updating the terror alert system"to help the American people stay vigilant and safe."

The meeting came about a week after the president tried to reassure the nation in a primetime Oval Office that the administration is doing everything possible to protect the homeland.

Mr. Obama has been facing criticism from both Republicans and Democrats as well as voters on the current approach to fight ISIS since the Nov. 13 Paris terror attacks and the San Bernardino shooting nearly two weeks ago.

No policy change was expected to come out of the meeting, which was meant to be a progress report on the current strategy.

Carter testified before a Senate congressional committee last week about U.S. operations against ISIS. While he pointed to evidence that ISIS has been contained tactically, he agreed that the terrorist group is not contained strategically because their ideology and mission is spreading beyond the Middle East.

A CBS News/New York Times poll released last week found public concern about the terror threat has grown since the San Bernardino massacre that left 14 people dead and 21 wounded. Forty-four percent said they think another terrorist attack in the U.S. in the next few months is very likely, 16 percentage points up from two weeks earlier.