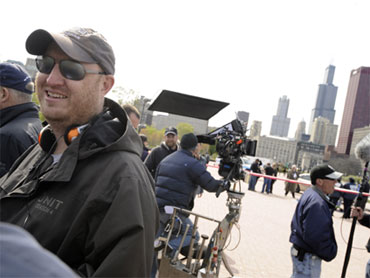 Secretary of State Colin Powell said Thursday that abuses by government-supported Arab militias in Sudan qualify as genocide against the black African population in the Darfur region — a determination that should pressure the government to rein in the fighters.

Powell told the Senate Foreign Relations Committee the conclusion was based on interviews conducted with refugees from the Darfur violence as well as other evidence.

"We concluded that genocide has been committed in Darfur and that the government of Sudan and the Janjaweed (Arab militias) bear responsibility — and genocide may still be occurring," he said.

He added that that as a contracting party to an international genocide convention, Sudan is obliged to prevent and punish acts of genocide.

"To us, at this time, it appears that Sudan has failed to do so," he said.

Powell noted that Article VIII of the convention provides that parties to the accord may call on the United Nations to take such action under the U.N. charter "as they consider appropriate for the prevention and suppression of acts of genocide ... ."

Powell called on the United Nations to undertake a full investigation.

"To this end, the U.S. will propose that the next U.N. Security Council resolution on Sudan request a U.N. investigation into all violations of international humanitarian law and human rights law that have occurred in Darfur, with a view to ensuring accountability," he said.

He said the evidence corroborates the specific intent of perpetrators to destroy a "group in whole or part."

The State Department said in a report released Thursday that the 1,136 interviews by U.S. officials with Darfur refugees revealed a "consistent and widespread pattern of atrocities committed against non-Arab villagers."

The interview project was partly intended to help the Bush administration determine whether the abuses in Darfur should be classified as genocide.

The interviews with the refugees took place over a five-week period this summer in Chad, which borders on Sudan.

"Most respondents said government forces, militia fighters, or a combination of both had completely destroyed their villages," the department's report said. It said 61 percent witnessed the killing of a family member, 16 percent said they had been raped or had heard about a rape victim.

"About one-third of the refugees heard racial epithets while under attack," it said, adding that four-fifths reported their livestock was stolen and nearly half said their personal property was looted.

The administration has said that as a result of actions by government-backed militias, tens of thousands of Darfur residents have died and more than 1.2 million have been displaced from their homes.

At the United Nations on Wednesday, the United States circulated a draft that calls for a stronger international force to monitor the situation in Darfur.

The resolution also would threaten punitive action against the country's oil exports if the government doesn't act quickly to stop militia attacks and improve the security situation.

The two rebel movements — the Sudanese Liberation Army and the Justice, Equity Movement — draw their support from African tribes in the Darfur region. The Sudanese government is accused of backing the Janjaweed in an effort to stamp out the rebellion, a charge the government denies.

The assaults, he said, begin with bombing raids by government aircraft on villages. Trucks with government soldiers and then Janjaweed militias on horseback or camels arrive in the villages and surround them.

"People who flee are attacked and chased down, and the villages are looted and burned," Boucher said. "That, unfortunately, has been a pattern that we've seen again and again."

He said designating whether the situation in Darfur constitutes genocide "is a matter of fact and law." Political considerations, such as whether any such designation would help or harm U.S. efforts on behalf of Darfur's victims, play only a minor role, he added.

Civil rights activist Jesse Jackson said in a telephone interview that, given the grave humanitarian situation, the United States should deploy airplanes, helicopters and trucks to the region to deliver relief supplies.

He also said Powell would be able to bring a quick end to the crisis if he engaged in shuttle diplomacy between Darfur and the Sudanese capital of Khartoum. Powell believes international pressure on the Sudanese government is the best way to end the crisis.

The Darfur situation, Jackson said, is another example of excessive U.S. patience in the face of a crisis involving Africans. Earlier examples, he said, included American indifference to many years of racist rule in South Africa and to the Rwanda genocide a decade ago.

Alluding to Darfur, Jackson said, "The sense of urgency obligates us to move from analysis to action."