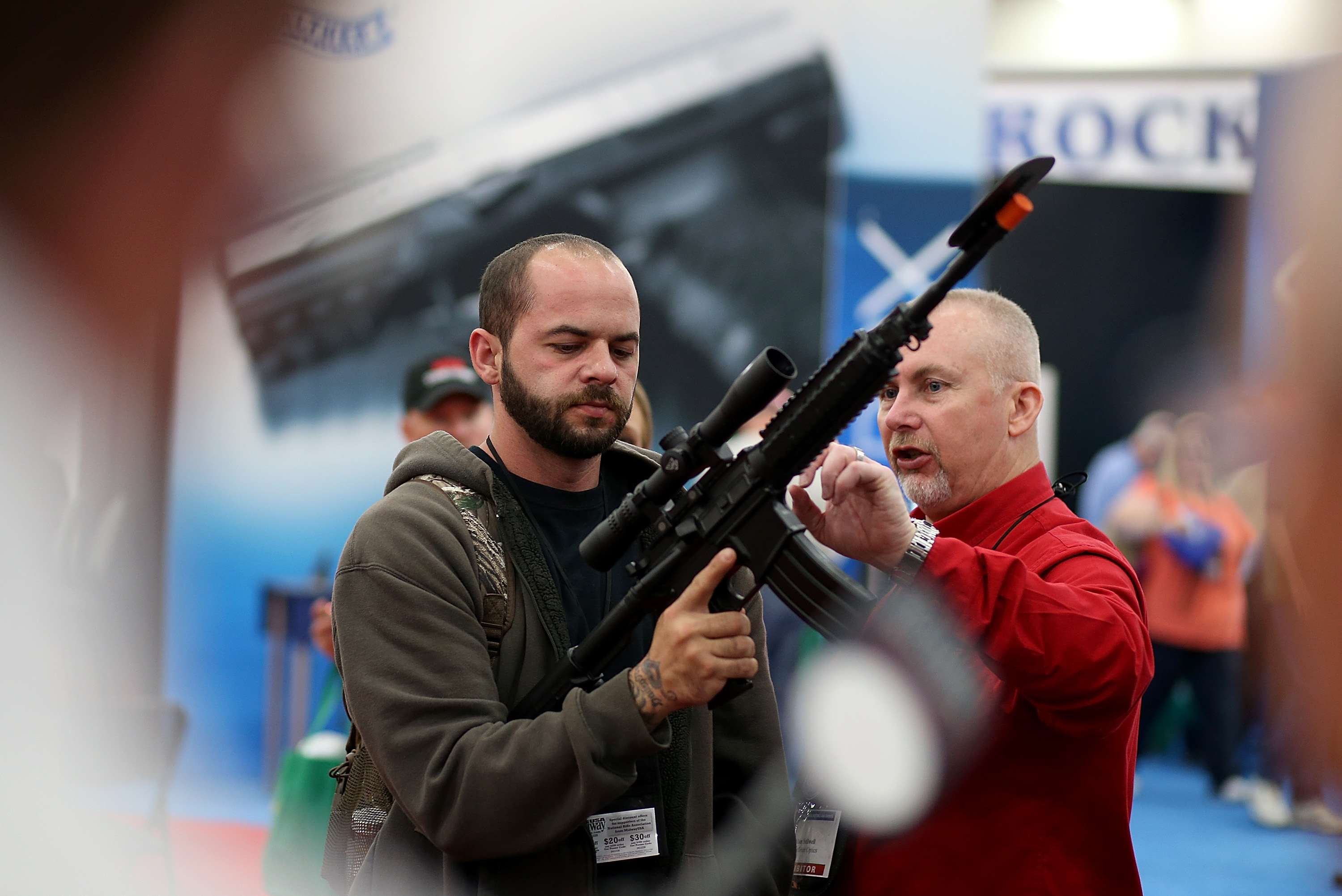 President Obama's announced executive actions on guns are considered a moderate victory for those in favor tightening gun laws, but some of his proposals could still face several legal and legislative hurdles.

The centerpiece of Obama's plan targets the so-called "gun-show loophole" by clarifying who is "engaged in the business" of selling firearms. This means that people who claimed to be hobbyists and were therefore not conducting background checks, might need to do so now for interested buyers, and the administration is reiterating that prosecutors can go after those people.

Adam Winkler, a constitutional law professor at the UCLA Law School, said the administration's actions are "on solid legal ground" because they merely clarify existing law and restate what courts have already said about gun sales: gun dealers not defined by the number of firearms they sell, but rather by other factors that might signal they are running a business rather than engaging in a hobby -- for instance, how often they sell, whether they have business cards and whether they sell new or old guns.

"It's also designed to make it difficult to challenge because it was really issued as guidance to prosecutors rather than a formal new rule setting out who can sell guns and who can't," Winkler told CBS News.

But given the politically charged nature of the issue, there are still sure to be people who try to challenge the move as a violation of their Second Amendment rights, he said.

Chuck James, a former chief deputy attorney general in Virginia who now works in the firearms practice at at Williams Mullen, said, for example, an individual could argue that undergoing a background check is an unconstitutional burden on the right to buy arms. A person who wanted to sell a large inherited gun collection could object to having to obtain a license as a gun dealer. Or an auction house that is selling a firearm as part of an estate sale might say it is not in the business of selling firearms.

While the administration is unilaterally attempting to close the gun-show loophole, other parts of the plan will require congressional approval, which could create serious obstacles.

To better enforce existing gun laws, the president will ask Congress to approve funding for 200 additional agents for the Bureau of Alcohol, Tobacco, Firearms and Explosives (ATF).

And to expand treatment and background check reporting for people with mental health issues, the plan calls for $500 million to increase access to mental healthcare.

These funding requests will likely be submitted to Congress in the next few months, but lawmakers may not consider them until at least the end of September, which is when current government funding expires. And House Speaker Paul Ryan, R-Wisconsin, has already fired a warning shot implying Congress has no interest in cooperating.

"No matter what President Obama says, his word does not trump the Second Amendment," Ryan said in a statement Tuesday. "We will conduct vigilant oversight. His executive order will no doubt be challenged in the courts. Ultimately, everything the president has done can be overturned by a Republican president, which is another reason we must win in November."

On Monday, before the White House even unveiled the measures, Rep. John Culberson, R-Texas, wrote a letter to Attorney General Loretta Lynch warning her that he intends to use the power of the purse as an appropriator "to protect our Second Amendment rights."

Even given the initial backlash from congressional Republicans, lawmakers may not necessarily be opposed to approving the requested funds. After all, the latest government funding package contained a $42 million increase this year to the ATF.

"They will kick and scream to say these things are terrible. But at the end of the day, are they going to do anything to stop it? Probably not," predicted Tim Daly, director of campaigns, guns and crime at the Center for American Progress.

The funding request for expanding mental health treatment, for example, could be difficult for Republicans to oppose after they've consistently pointed to mental health after almost every mass shooting.

"For those in Congress who so often rush to blame mental illness for mass shootings as a way of avoiding action on guns, here's your chance to support these efforts. Put your money where your mouth is," Mr. Obama said in a speech from the White House Tuesday.

Rep. Tim Murphy, R-Pennsylvania, who has authored a mental health reform bill that Speaker Ryan has backed, appeared to pour cold water on the mental health segment of the plan on Tuesday.

"There is a big difference between funding 'mental health programs' and enacting reforms addressing serious mental illness," he said. "More money into our disastrously failed and antiquated system will only result in more lives lost."

Besides the funding requests, the overwhelming criticism from Republicans could motivate them to look at alternative legislative action. They could pass a stand-alone law attempting to nullify the actions, though the president wouldn't sign that.

If anything, when Congress considers the next round of government funding later this fall, Daly says Republicans could use the process to stop the plan.

"I think their best vehicle, if they are in fact serious about wanting to prevent the administration from enforcing the laws on the books, would be to do that through appropriations riders," he said.

At the same time, Daly said because Mr. Obama is only trying to strengthen the enforcement of current laws, he said Republicans might not have much wiggle room to target the plan's background checks centerpiece.

As Speaker Ryan suggested, Republicans could launch a legal challenge, which has already been done to protest the president's immigration actions from 2014.

Winkler and James identified other areas of the administration's plan that could pose thorny legal issues as it is implemented. One, Winkler said, is a rule that the Social Security Agency will write to ensure that the records it has on the approximately 75,000 people each year who have a documented mental health issue are transferred into the National Instant Criminal Background Check System (NICS).

"Depending on what that rule looks like it could be problematic," he said, although the rulemaking process could take at least a year.

There's also a new ATF rule that will clarify gun dealers will be responsible for notifying law enforcement when a gun is lost or stolen in transit. Previously, the regulations were ambiguous about where that responsibility lies.

"That's going to put an increased burden on manufacturers who have already relinquished custody or control to a third-party carrier," James told CBS News. "That's going to ripple through the firearms manufacturing community as they grapple with how to deal with that."

The Supreme Court has never weighed in on most of these issues, but Winkler said that in general courts have been fairly permissive about gun regulations.

Federal courts "have been clear that most forms of gun control are constitutionally permissible so long as you are not preventing law abiding people who are of an appropriate age to buy a firearm," he said.