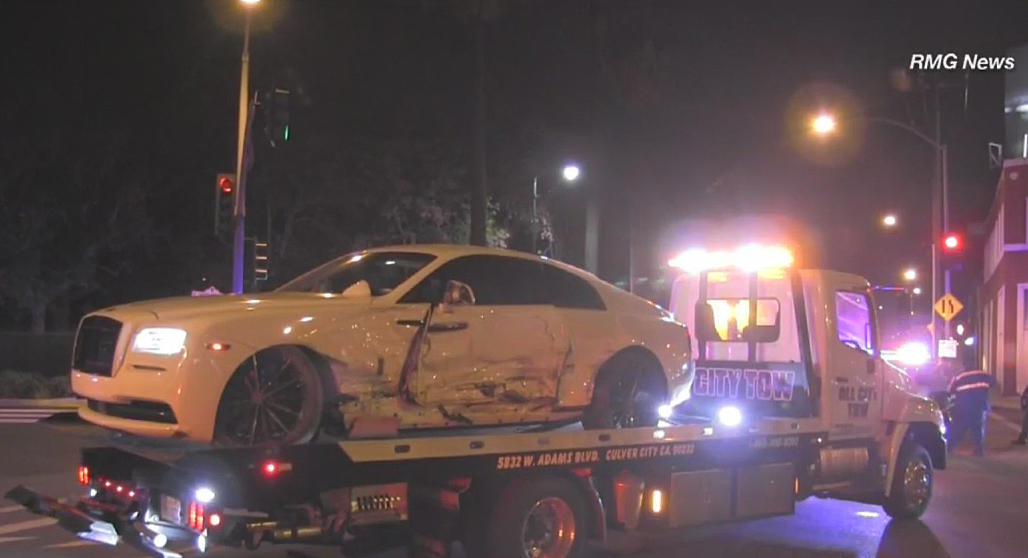 Post Malone was involved in a minor crash early Friday in California, just weeks after he was aboard a plane that made an emergency landing in New York, CBS Los Angeles reports. The hip-hop artist was uninjured.

Post Malone's white Rolls Royce was T-boned by a Kia at 2:45 a.m. local time in West Hollywood, police said. The 23-year-old rapper's assistant was driving, while Post Malone was in the passenger's seat.

There was a couple and another man in the Kia, CBS Los Angeles reports. They also were not injured.

But the frequency of accidents he's been involved in wasn't lost on Post Malone.

"First almost a plane, now almost a car," he remarked to the news station.

"God must hate me lol," he wrote in a tweet after the accident.

The rapper, whose given name is Austin Richard Post, looked "stoic" as he watched police look over the crash site, according to CBS Los Angeles. "Oh yeah, I'm fine," he said.

Last month, he was traveling on a Gulfstream jet that blew two tires during takeoff at a small New Jersey airport. It was then forced to make an emergency landing at New York Stewart International Airport in Newburgh, about 70 miles north of New York City.

"Can't believe how many people wished death on me on this website," he tweeted after landing, "but not today."