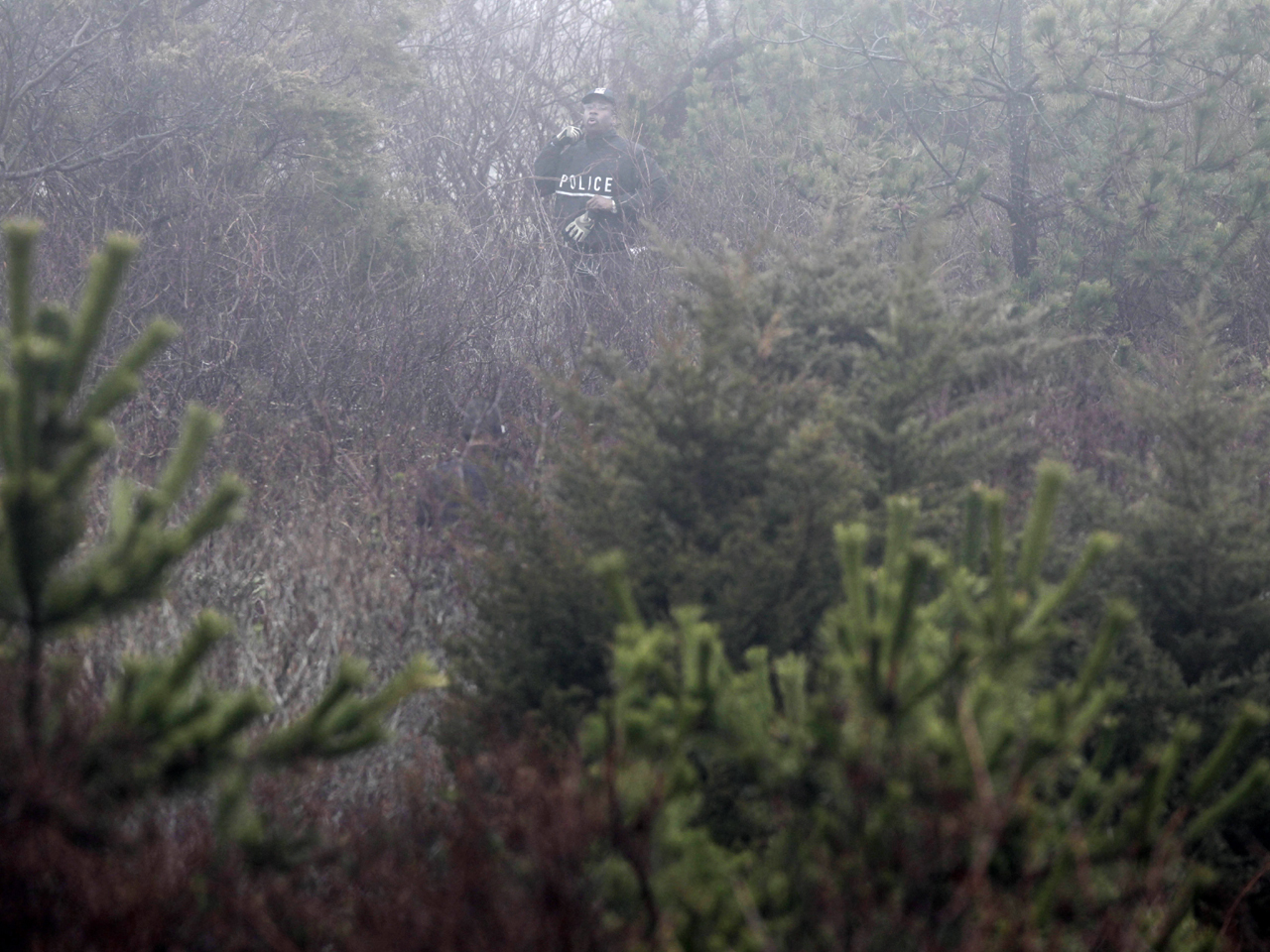 WANTAGH, N.Y. - Suspected human remains were found in two locations along a remote New York beach highway Monday, bringing to 10 the number of potential victims of a possible serial killer.

The discovery came as police expanded a search from Long Island's Suffolk County westward into the Jones Beach area of Nassau County, just over the border from New York City. The expanded search was prompted by Suffolk's discovery in the past two weeks of four sets of unidentified human remains; the bodies of four women who worked as Craigslist escorts were found in the same area in December, leading authorities to suspect that they may be contending with a serial killer.

The highway runs along a barrier beach island south of Long Island and is home to several county and state-run parks featuring miles of white sandy beaches about 45 minutes from Manhattan.

Detective Lt. Kevin Smith, a Nassau County police spokesman, said the two sets of remains found Monday — separated by several miles along the north side of Ocean Parkway, were sent to the medical examiner's office to confirm whether they are human. Police also made several discoveries of bones Monday that were quickly determined to be animals.

"It appears to be a skull, whether it is human or not, is unknown at this point," Smith told reporters of the second discovery of suspected remains Monday. He did not offer any description of the possible remains found earlier in the day.

Police in December were following up on the disappearance of a Jersey City, N.J., woman seen working as a Craigslist escort in the Long Island area last spring when they happened upon the first of the corpses. None of the victims, however, is 24-year-old Shannan Gilbert, whose disappearance remains an open case.

Detectives said it appears some victims had been dead for a long time. The first of the four victims found late last year went missing in 2007; a second in 2009 and the remaining two in June and September 2010.

Suffolk investigators ended a four-day search of a seven mile stretch of Ocean Parkway last week. Approximately 125 officers from Nassau, as well as state police and state park police, took part in the Nassau search. Smith said officers might return to the beach on Tuesday to continue searching, although he said predictions of inclement weather could alter those plans.

Earlier Monday, Smith sought to tamp down speculation of who may be responsible for the killings, because no suspect has been named.

"For anyone to come out and say a specific person, a specific occupation, or a specific type, I think, is unfair," he told reporters. "I think it's mere suspicion, it's mere speculation. Right now it could be anybody."