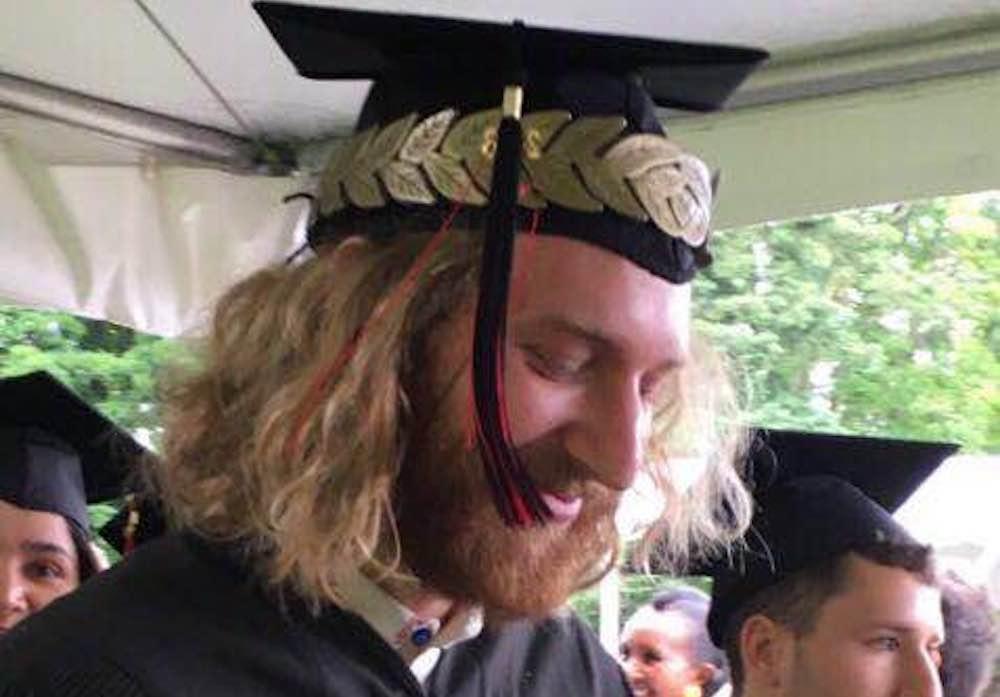 PORTLAND, Ore. -- The mother of a 23-year-old Portland man who police say was stabbed to death as he shielded two young women from a man's anti-Muslim tirade on a light-rail train is making an emotional appeal to President Trump.

In a poignant letter written on Memorial Day, Asha Deliverance -- whose son, Taliesin Myrddin Namkai-Meche, was killed in the attack -- urged Mr. Trump to "take action" in response to the slayings.

"You have said that you will be President for all Americans," she wrote in the letter obtained by CBS News. "So, I ask you Mr. President to take action at this time. Your words and actions are meaningful, here in America and throughout the world. Please condemn any acts of violence, which result directly from hate speech and hate groups. I am praying you will use your leadership to do so."

The attack unfolded on Friday -- the first day of Ramadan, which is the holiest time of year for Muslims -- when Jeremy Joseph Christian, 35, allegedly began to verbally abuse two young women on the train, including one who was wearing a hijab.

Meche and Ricky John Best, 53, were killed as they tried to stop the harassment. The other man was wounded in the attack.

On Monday, President Trump condemned the stabbings, writing on Twitter: "The violent attacks in Portland are unacceptable. The victims were standing up to hate and intolerance. Our prayers are with them."

To date, more than $1 million has been raised online for the victims of the deadly stabbing.

I'm writing to you today, Memorial Day, to share my heart after losing my son.

Taliesin died a hero, like many other Americans who have died defending freedom. He was just 23, a year out of college with a degree in economics, working, had just bought his first home and was thinking about starting a family.  Our family grieves, but we are proud that through his selfless action he, along with the other two men, has changed the world, when in the face of hate he did not hesitate to act with love.

Two precious lives were lost this Memorial Day weekend in Portland and one more, nearly so.  All three were strangers to each other, and to those they were defending.  They fearlessly risked their lives for two young women who were threatened by an act of bigotry & terror.  These brave men saw the immediate injustice and didn't hesitate to act.  They recognized the truth:  we are more alike than we are different. To ride the train home without being assaulted because of the color of your skin or your religious beliefs, is an inalienable right.

You have said that you will be President for all Americans. So, I ask you Mr. President to take action at this time. Your words and actions are meaningful, here in America and throughout the world.

Please encourage all Americans to protect and watch out for one another.  Please condemn any acts of violence, which result directly from hate speech & hate groups.  I am praying you will use your leadership to do so.

It would deeply honor Taliesin's sacrifice, which has been amplified by the millions of voices who have supported our family in response to this tragedy.

With Peace In My Heart,