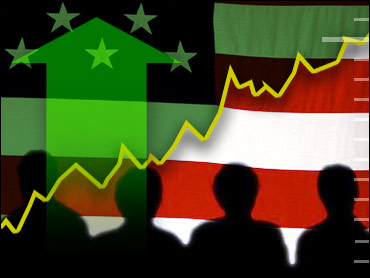 This column was written by Jonathan V. Last


Fertility rates around the world are dropping for a variety of complex reasons. While population itself continues to increase — the United States, for instance, recently passed the 300 million mark — this is the product of waning demographic momentum. The rate of increase is slowing, and by 2080 world population will peak somewhere in the vicinity of nine billion before contracting.

Which leads us to the next question: Is population contraction a bad thing?

Some think not. There is a school of thought that argues that smaller populations are good. Population-control proponents claim variously that:

These arguments seem reasonable at first, but do not withstand scrutiny.

Let's start with food. The worry about mass starvation is a remnant of Paul Ehrlich's 1968 sensation "The Population Bomb." Ehrlich wrote that, in the face of expanding populations, "the world will undergo famines — hundreds of millions of people are going to starve to death."

As Ehrlich himself admits, this prediction proved faulty. Instead, the availability of food has greatly increased, even with growing population. Demographer Philip Longman notes that, between 1980 and 2001, the price of food declined by 53 percent. Famine, observes Longman, has become "a political problem — a matter of fair distribution, not of inadequate supply."

How did this happen? The Danish economist Ester Boserup upended the classical Malthusian model of agriculture in 1965 by proposing that population increase fosters agricultural innovation, which, in turn, spurs leaps in production. Her theories have been borne out.

What about overcrowding? Everywhere you go today, you find traffic jams and sprawl, with people packed into condominiums and crowded malls. But this is a problem of density, not population. There's plenty of land available out there. The problem is that people who used to live in the countryside have relocated to cities: There are fewer people living in the Great Plains today than there were in the 1920s.

Environmental concerns are more interesting. However, such end-of-the-world warnings are not new. In the 1970s, many scientists were concerned about a new Ice Age. But leave aside global warming, on which science is conflicted, and take the other concern principally cited by environmentalists: that the Earth has a finite supply of resources that we shall surely soon deplete.

This, too, is an argument we have heard before. As Massimo Livi-Bacci explains in his "Concise History of World Population" more than 100 years ago, economists "feared that coal supplies would be used up, and about 30 years ago the Club of Rome made similar predictions regarding other raw materials." Instead, markets and human innovation stepped in to provide greater efficiency.

Which leaves us with the economy. In 1971, Simon Smith Kuznets won the Nobel Prize in economics for his theory of "tested knowledge." As Kuznets explained: "More population means more creators and producers, both of goods along established production patterns and of new knowledge and inventions."

Kuznets was codifying what others had noticed before. Adam Smith remarked that "the most decisive mark of the prosperity of any country is the increase of the number of its inhabitants." As Livi-Bacci observes, "All things being equal, population increase leads to increased per capita production."

So the proposed "benefits" of population decline are, at the very least, suspect.

Between 400 B.C. and the birth of Jesus, world population increased from about 153 million to 252 million. For the next 200 years, growth slowed almost to a halt. Then, between A.D. 200 and 600, population shrank from 257 million to 208 million. It took 400 more years for the population to recover to the level it had attained in Jesus' time.

The other drop in population occurred between 1340 and 1400, when the Black Death ravaged the world. Global population fell from 442 million to 375 million. Neither of these moments were particularly pleasant periods in human history.

Or, as Mark Steyn notes in America Alone, "There is no precedent in human history for economic growth on declining human capital."

It is impossible to predict with certainty the side effects of population decline. But there is good reason to believe it will be bad for us. Innovation will suffer as the demand for nearly everything (save health care) slackens. The welfare state is unsustainable in a contracting, top-heavy population. And instead of producing windfalls of excess supply, economies will probably contract. As Livi-Bacci observes, "Historically, areas depopulated or in the process of losing population have almost always been characterized by backward economies."

And then there is the question of national character. As the Asia Times noted recently with respect to the effect population decline is having on Europe: "A people without progeny will not accept a single military casualty. If this generation is the last, there will be no children for whom to sacrifice. Today's Europeans value their distractions and amusements more than they do prospective children."

The supposed benefits of population decline are a mirage. The real question is whether falling populations will lead Western civilization to something like the fall of Rome.
By Jonathan V. Last
©