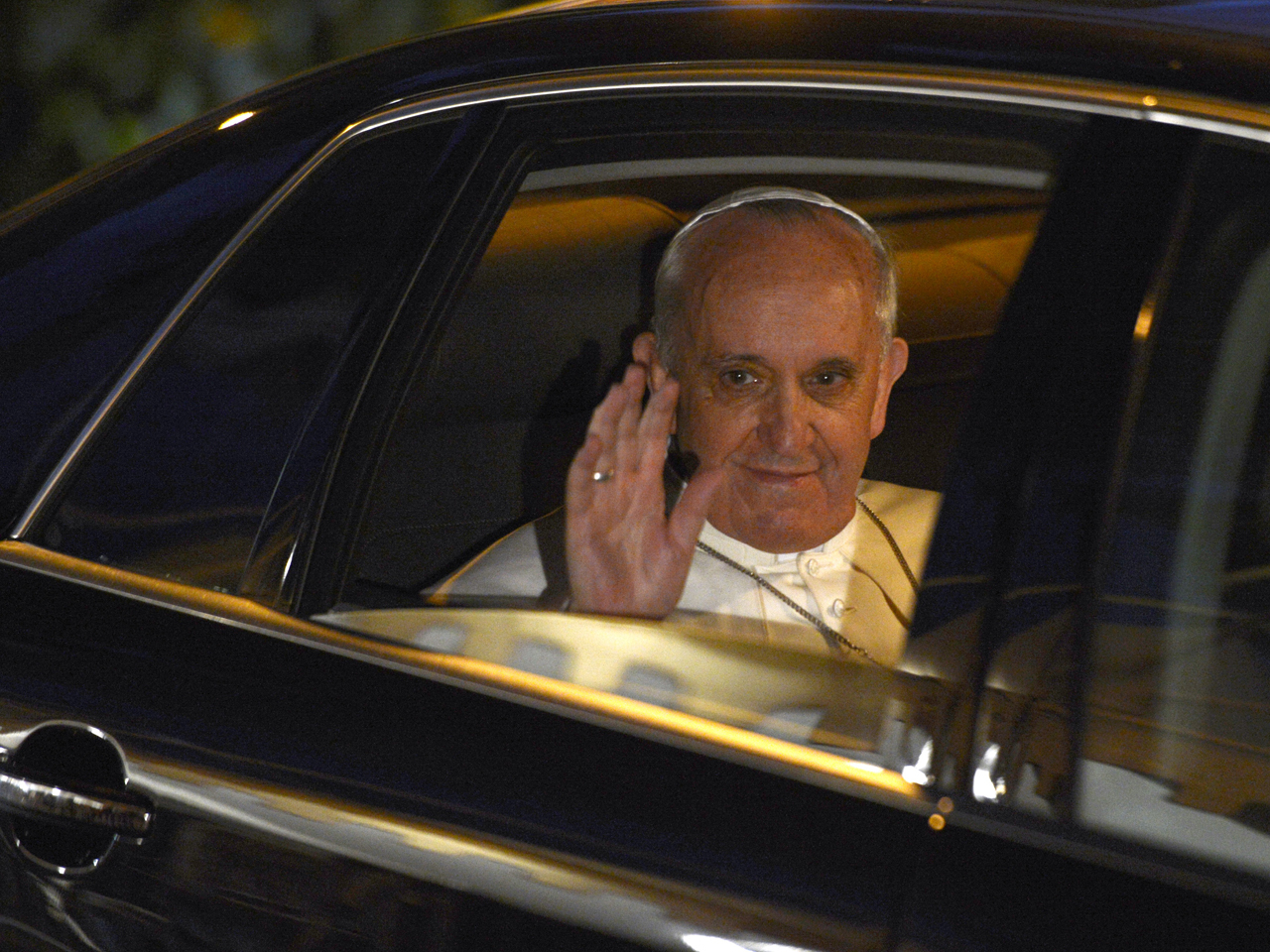 VATICAN CITY Pope Francis directed the Vatican on Friday to act decisively on clergy sex abuse cases and take measures against pedophile priests, saying the Catholic Church's "credibility" was on the line. The announcement was quickly dismissed by victims' advocates as just more talk.

Clergy abuse victims have called for swift and bold action from Francis as soon as he was elected pope last month. Yet in his homeland, Roman Catholic activists had characterized him as being slow to act against such abuse in his years heading the Argentine church.

"Once again, has have happened hundreds of times already, a top Catholic official says he's asking another top Catholic official to take action about pedophile priests and complicit bishops," said Barbara Dorris, an official of SNAP, the Survivors Network of those Abused by Priests, a U.S.-based organization.

"Big deal. Actions speak louder than words. And one of the first actions Pope Francis took was to visit perhaps the most high-profile corrupt prelate on the planet, Cardinal Bernard Law, who remains a powerful church official despite having been drummed out of Boston for hiding and enabling crimes by hundreds of child molesting clerics," Dorris said in a statement.

The clergy child abuse scandals in many countries have drained morale and finances from the church, driving countless Catholics away, especially in Western Europe. Some dioceses have had to close parishes and take other drastic actions after paying out millions for counseling and other compensation to victims in cases settled in and out of court.

The Vatican's brief announcement about Francis' meeting Friday with the head of the Congregation for the Doctrine of the Faith - the office that shapes and enforces policy on what to do about any abuse allegations and what happens to the abusers - depicted Francis as urging assertive action to protect minors.

"The Holy Father in a special way urged that the Congregation, following the line sought by Benedict XVI, act decisively in sex abuse cases, above all promoting measures to protect minors, assistance for all those who in the past suffered such violence, necessary measures against the guilty," the statement said of Francis' meeting with Bishop Gerhard Ludwig Mueller.

The Vatican quoted Francis as saying abuse victims were always present "in his attention and in his prayers."

On March 19 - the day Francis was formally installed as pope - an activist group in Buenos Aires urged him to apologize for what it called church protection for two priests later convicted of sexually assaulting children. Separately, a lawyer for some of the victims said the future pope, then-Archbishop Jorge Bergoglio, had not met with or helped the abuse victims and contended that mid-level church officials who covered up the abuse haven't lost their jobs.

Bishop Accountability, a prominent church activist group, has described Bergoglio as being behind the curve in the Catholic Church's global struggle to deal with widespread cases of sex abuse by its clergy. It also has urged him to order his former diocese in Buenos Aires to release the complete files on the two abusive priests.

Many victims' advocacy groups contend that the late Pope John Paul II was too protective of clergy, and that a de facto policy of shuffling abusive priests from parish to parish or diocese to diocese held sway under his long papacy.

Benedict, his successor, was the first pope to meet with those who were sexually abused by clergy. In 2010, Benedict issued an apology to Ireland for chronic abuse there over several decades. He also ordered a drastic overall of a conservative religious order, the Legionaries of Christ, which was a favorite of John Paul, but whose founder sexually abused seminarians.

However, Benedict disappointed victims by not disciplining church higher-ups who had shielded the abusive priests.

Francis has set a tone of humility for his papacy and victims will be watching closely to see if he will meet with them, promote zero tolerance for abusers and perhaps issue an overarching church apology for the systemic cover-ups by church hierarchy in many countries.

As for the issue with Cardinal Law, Francis saw him the morning after his election as pope when he went to St. Mary Major's Basilica in Rome. Law, the disgrace former archbishop of Boston, had been named by John Paul to head the basilica, a plum post for aging clerics. Law later retired from that post.

Some abuse victims in the U.S. said they were disgusted that cardinals who covered up abuse in their own dioceses helped elect the next pope.

Michael Duran, a 40-year-old special education teacher from Los Angeles, said Pope Francis' elevation is tainted because of their presence. Duran and three others settled with the Los Angeles archdiocese earlier last month for nearly $10 million over childhood abuse by the Rev. Michael Baker.

If Pope Francis did take action against any U.S. cardinals, it would be a departure from the way his predecessors addressed the clergy abuse crisis.

In 2001, Pope John Paul II issued a decree saying all clergy abuse cases needed to be funneled through the Congregation of the Doctrine of the Faith -- then headed by the future Pope Benedict XVI -- for review.

In 2002, in his strongest comments about the unfolding scandal, Pope John Paul II denounced U.S. bishops for the American clergy abuse crisis after summoning them to Rome for a special meeting. He said there was "no place in the priesthood ... for those who would harm the young."

In 2003 and 2004, he approved changes to canon law to allow the Vatican to quickly defrock abusive priests without cumbersome internal trials.

Given the progressive decline in Pope John Paul's health, however, it is widely presumed that Cardinal Joseph Ratzinger, the future Pope Benedict, was the architect of those measures in his role as head of the Vatican department that handled clergy abuse allegations.

Earlier this year, the Vatican's new sex crimes prosecutor, quoting Benedict, said the church must recognize the "grave errors in judgment that were often committed by the church's leadership." He added that bishops must report abusive priests to police where the law requires it.