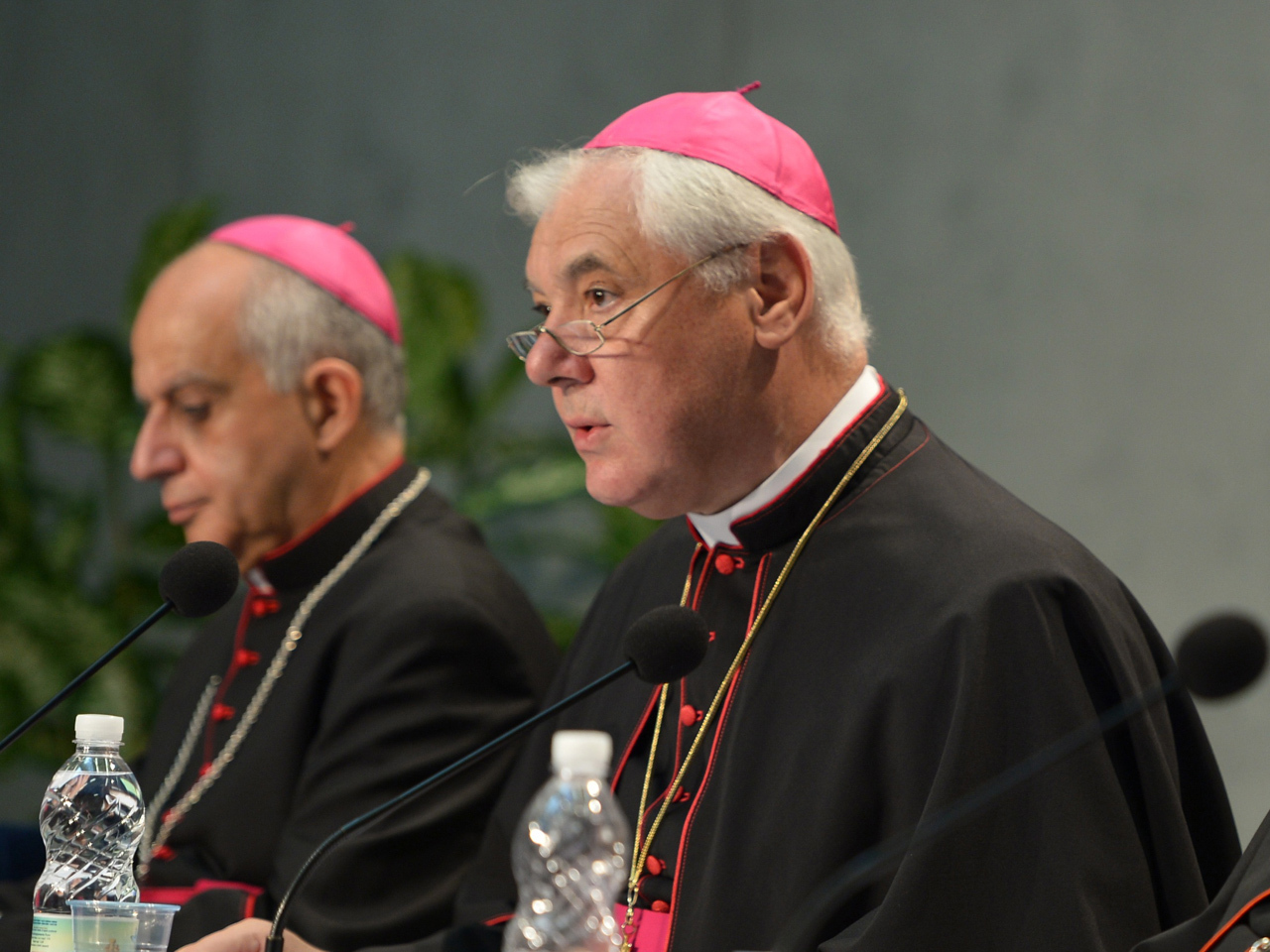 VATICAN CITY Pope Francis on Saturday effectively demoted a highly conservative Italian cardinal who led the Vatican's department on clergy, while keeping in place a German prelate who wages the Catholic church's crackdown on liberal U.S. nuns and helps craft its sex-abuse response.

After six months on the job to study the workings of the Vatican's curia, or bureaucracy, Francis has now put his imprint on several key positions which help administer the Roman Catholic church's worldwide flock. His management picks will likely both please and disappoint both conservatives and liberals alike, perhaps in line with his fledgling papacy, which has often defied labels in either camp.

Francis removed Cardinal Mauro Piacenza, with a reputation for being highly traditional on matters of liturgy and the question of priestly celibacy, from the important post of prefect of the congregation for clergy. Piacenza had only held that post since 2010, when he was appointed by Francis' predecessor, Benedict XVI, whose retro tastes in papal vestments and preference for traditional ceremonies found a supporter in the Italian prelate.

The pope transferred Piacenza to a decidedly lower command post, that of head of the Apostolic Penitentiary, a little-known Vatican tribunal that deals with confessions of sins so grave only a pope can grant absolution, such as the case of a priest who violates confessional secrecy.

Piacenza will be replaced by another Italian, Beniamino Stella, already serving in the Vatican's bureaucracy. His office faces many challenges, including how to reverse a priest shortage in much of the developed world and respond to persistent calls from within the rank-and-file faithful as well as some clergy that the pope consider allowing priests to marry.

In another important decision, Francis left Archbishop Gerhard Mueller in the powerful role of prefect of the Congregation for the Doctrine of the Faith. Mueller, originally appointed by Benedict XVI, directs the Holy See's crackdown on nuns suspected of undermining Catholic teaching on the priesthood and homosexuality. His office also shapes policy dealing with clergy who sexually abuse minors.

Under Mueller's tenure, critics of the Vatican's strategy have so far been frustrated in their lobbying for Vatican and other church hierarchy to be held accountable for policy that for decades left pedophile priests in their ministry, merely shuffling them from parish to parish when complaints emerged.

In another watched appointment, Monsignor Nikola Eterovic, who was the official in charge of bishop synods, the occasional gatherings that bring bishops together to discuss important policies or regional problems, was transferred to the Vatican's diplomatic corps. He will now serve as papal ambassador to Germany. Just how much influence the conclusions of these synods should have at the Vatican has long been debated. By putting a new man in charge of that office, Francis, who was archbishop of Buenos Aires when elected pope, has the opportunity to apply his vision to the role of bishops in the church's decision-making policy.

In a separate development, the Vatican confirmed that Francis would lead an assembly of cardinals on Sept. 30 in the Apostolic Palace to announce the much-awaited date for the ceremony to make both Pope John XXIII and John Paul II saints. Thousands of faithful are expected to flock to St. Peter's Square the day of the announcement.

A first plan to hold the solemn ceremony for both widely beloved pontiffs envisioned holding the canonization on Dec. 8, when the Church celebrates a feast day in honor of the Virgin Mary. But that date soon was deemed as impractical, since great numbers of Poles from John Paul's homeland would risk driving or taking buses on what could be dangerously icy roads to come to the ceremony. Sometime in spring 2014, when weather is milder, is considered the likely choice.

At least 12 killed as gangs battle for control around Haiti's capital
Thanks for reading CBS NEWS.
Create your free account or log in
for more features.
View CBS News In
CBS News App Open
Chrome Safari Continue
Be the first to know
Get browser notifications for breaking news, live events, and exclusive reporting.