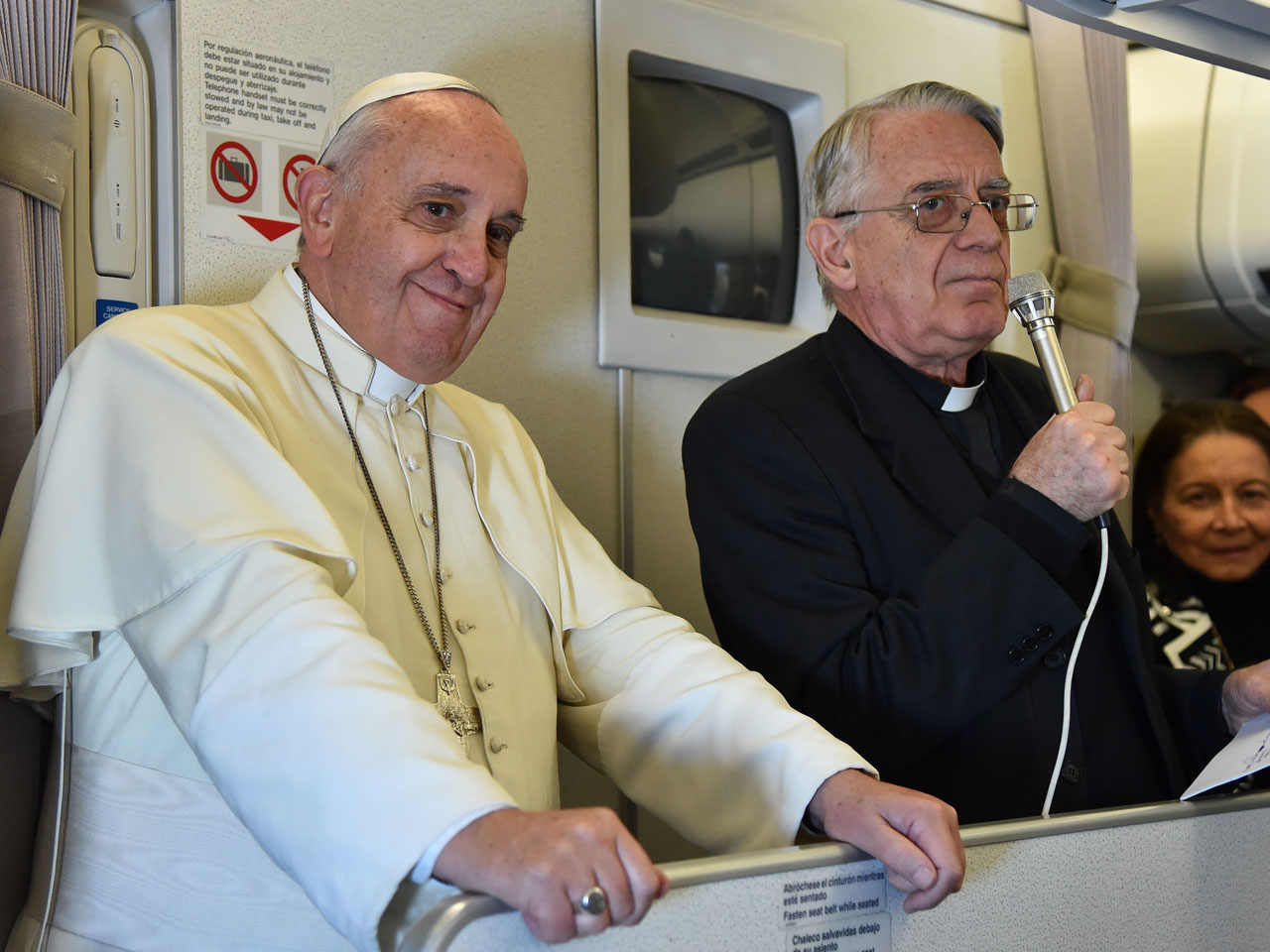 On his way back from a massively popular swing through Asia, Pope Francis spoke with reporters aboard the papal plane about many of the days hottest topics. He also discussed his 2015 travel plans, which include a nearly week-long trip to the U.S.

Pope Francis denounced what he calls the "ideological colonization" of families and the developing world, where he says progressive, Western ideas about birth control and gay rights are increasingly being imposed by groups, institutions or individual nations - often as a condition for development aid.

No, he said, Catholics don't have to "be like rabbits" and have more children than is safe or responsible. He said there are plenty of church-approved ways to regulate births.

"There are experts in this matter, there are pastors one can seek and I know so many, many ways out that are licit and that have helped this," the pope said, according to CBS News' Anna Matranga.

But he said most importantly, no outside institution should impose its views on families.

Pope Francis added: "Every people deserves to conserve its identity without being ideologically colonized."

Pope Francis said he wasn't justifying violence when he said a friend who had cursed his mother could "expect a punch" in return. Rather, he says he was only expressing a very human response to a provocation, and that greater prudence would have avoided such offense.

Francis clarified his comments about the limits of freedom of speech made last week in response to the terrorist attack against the French magazine Charlie Hebdo.

Speaking to reporters Monday en route home from the Philippines, Francis said: "In theory we can say a violent reaction to an offense or provocation isn't a good thing ... In theory we can say that we have the freedom to express ourselves. But we are human. And there is prudence, which is a virtue of human coexistence."

Pope Francis said he hopes to visit Ecuador, Bolivia and Paraguay this year, as well as the Central African Republic and Uganda.

The 2015 trips, still in their planning stages and not confirmed, would come on top of his planned three-city visit to the United States in September.

Francis said he planned to canonize the 17th-century missionary Junipero Serra, who established nine missions in California, during the Washington leg of the U.S. trip.

In addition to the nation's capital, the pope will also visit Philadelphia, where as many as two million people are expected to attend the mass he will preside over there, as well as New York City, to give a speech at the U.N. General Assembly.

He essentially ruled out travelling to El Salvador to beatify slain Archbishop Oscar Romero, saying the ceremony would be celebrated by a Vatican official, as is the norm for beatifications.