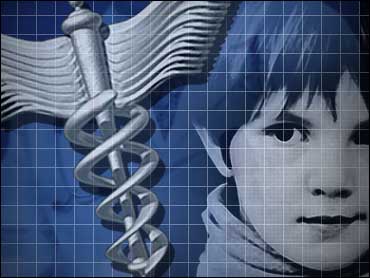 While the president has raised concerns about the additional cost of expanding S-CHIP, those who favor the proposal say they'd even be willing to pay more in taxes to help the program cover more children.

More generally, the poll finds that only about one in five Americans (22 percent) approve of the president's handling of health care. That's lower even than his approval rating on Iraq (26 percent).

WOULD YOU FAVOR OR OPPOSE EXPANDING S-CHIP?

WOULD YOU BE WILLING TO PAY MORE TAXES TO EXPAND S-CHIP? (Among those who favor expanding S-CHIP)

While the showdown over S-CHIP doesn't appear to have given a boost to the president or the Congress, it may have helped push health care to the forefront of the 2008 presidential campaign.

Health care now ranks second - nearly equal with the war in Iraq - as the issue voters most want to hear the presidential contenders discuss. Jobs and the economy ranks third.

On other issues, the poll finds: