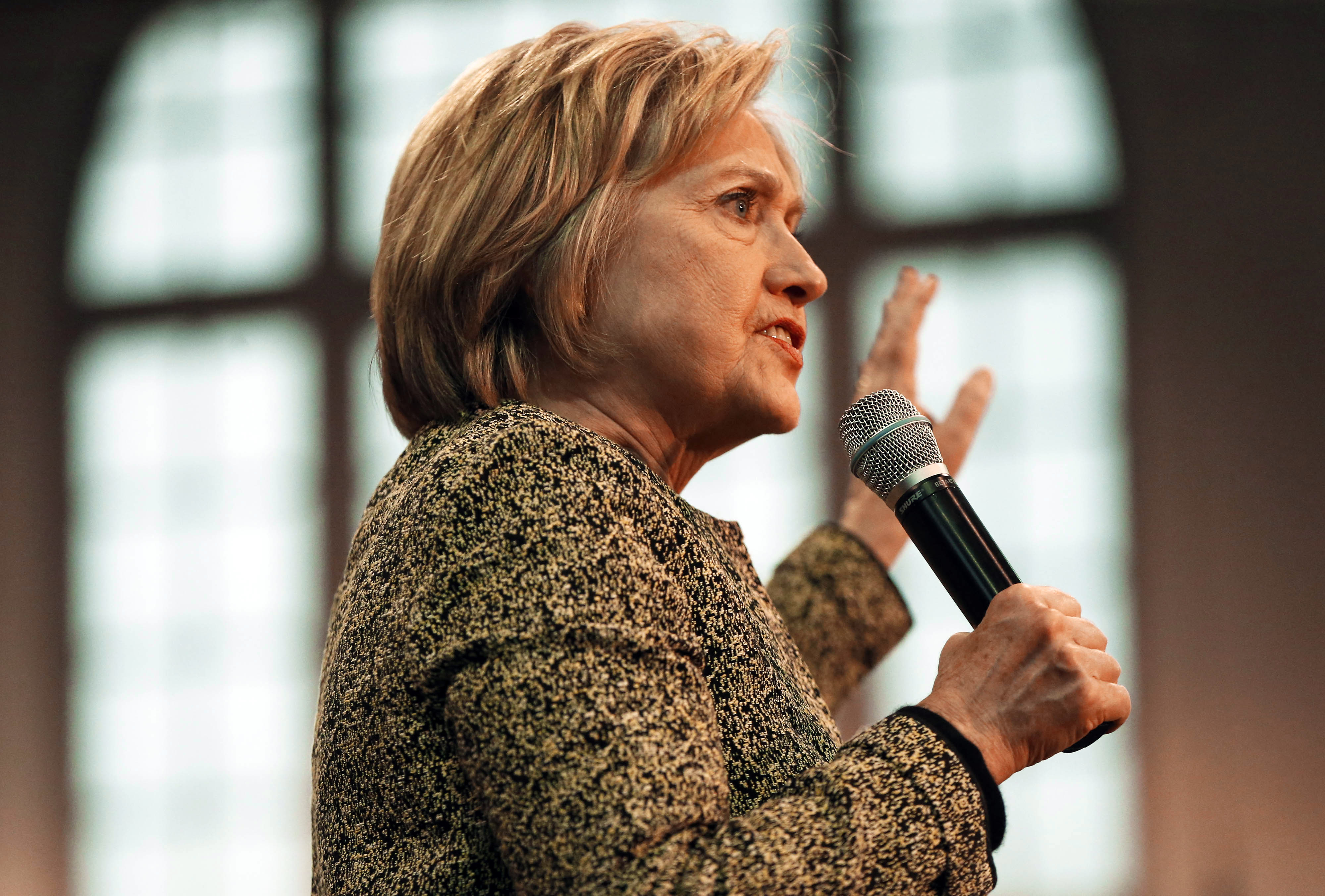 WASHINGTON -- In any other election year, more than half the country holding an unfavorable impression of a candidate for president would be cause for alarm.

This is not a normal year.

Fifty-five percent of Americans say they have a negative opinion of Democratic front-runner Hillary Clinton in the latest AP-GfK poll. But that's not nearly as bad as how they view the leading candidate for the Republican nomination, Donald Trump. His unfavorable rating stands at an unprecedented 69 percent.

The negative feelings for both are a harbinger of a general election contest that's shaping up to be less about voters supporting the candidate of their choice, and more about their picking the one they dislike the least.

"I don't really feel like either one is that trustworthy," said Devin Sternadre, 26, a student from northeastern Ohio. "Most of the elections that have happened in the past I've felt strongly about a candidate, and I just don't this time.

"But yeah, if it was held today I guess I would vote Clinton," he said, with a deep sigh. "I just wish there were more choices."

Democratic strategists say Trump's deep unpopularity has alleviated some of their concern over views of Clinton. While 55 percent of Americans have a "somewhat" or "very" unfavorable impression of the former secretary of state, that's about the same number as those who have a "very unfavorable" opinion of Trump.

As the campaign moves toward the general election, Democrats argue, the dynamic will shift from being a referendum on Clinton's character to a choice between her and a Republican opponent. If that Republican is Trump, Democrats see an opportunity to unify their own party behind Clinton and make inroads with independents and Republicans.

Nearly half of all registered voters say they would at least consider voting for Clinton, far more than say they are open to voting for Trump. Sixty-three percent say they definitely wouldn't vote for Trump in a general election.

Even in more historically conservative Southern states, where Trump swept the GOP primaries, voters are somewhat more likely to say they would at least consider Clinton. Half say they are open to her candidacy, and 39 percent to his.

Voters are more likely to have a positive opinion of Clinton's primary rival, Bernie Sanders, with only 38 percent saying they would definitely not vote for the Vermont senator. He trails far behind Clinton in the race for the Democratic nomination.

Lara Robles, a Republican from Round Rock, Texas, said she would back Clinton, even though she has been surprised to find her views aligned with Trump on a number of issues.

"I think she flip-flops on a lot of her views, but I would vote for Hillary," said the mother of three. "I just don't really like him as a person. I think he doesn't have a filter on his mouth."

Clinton is not held in very high regard among the general public. Most Americans view her as not particularly compassionate, honest or likable. They have mixed feelings on her civility, decisiveness and competence.

Half of all Americans say Clinton is "not at all" honest, with another 18 percent saying she's slightly honest. That number mirrors views on Trump, with more than seven in ten saying the word honest describes him only slightly or not at all well.

But on the other attributes, Clinton's negative ratings are at least better than the overwhelmingly disapproving views Americans have of Trump.

More than half say Clinton is not especially compassionate, and six in 10 say she's only slightly or not at all likable. Eighty percent do not find Trump compassionate and three-quarters do not see him as likable.

"What I want in a president is someone who wouldn't cause trouble for the country. I think Donald Trump would," said Steve Fantuzzi, a 54-year-old registered Republican in the Chicago suburbs. "Hillary's OK. I don't have a problem with her."

And unlike Trump, members of Clinton's party largely like her. More than 7 in 10 Democratic voters have a favorable opinion, compared to 53 percent of Republicans who have a positive view of Trump.

Just 17 percent of Democratic voters say they wouldn't vote for Clinton in the general election, about the same share as wouldn't back Sanders should he win the nomination. Thirty-one percent of Republicans say the same about Trump.

Clinton remains the candidate viewed by the most Americans as able to win a general election, with 82 percent saying she could capture the White House. Just 6 in 10 say that of Sanders or Trump.

The AP-GfK Poll of 1,076 adults was conducted online March 31-April 4, using a sample drawn from GfK's probability-based KnowledgePanel, which is designed to be representative of the U.S. population. The margin of sampling error for all respondents is plus or minus 3.3 percentage points.

Respondents were first selected randomly using telephone or mail survey methods and later interviewed online. People selected for KnowledgePanel who didn't otherwise have access to the Internet were provided access at no cost to them.