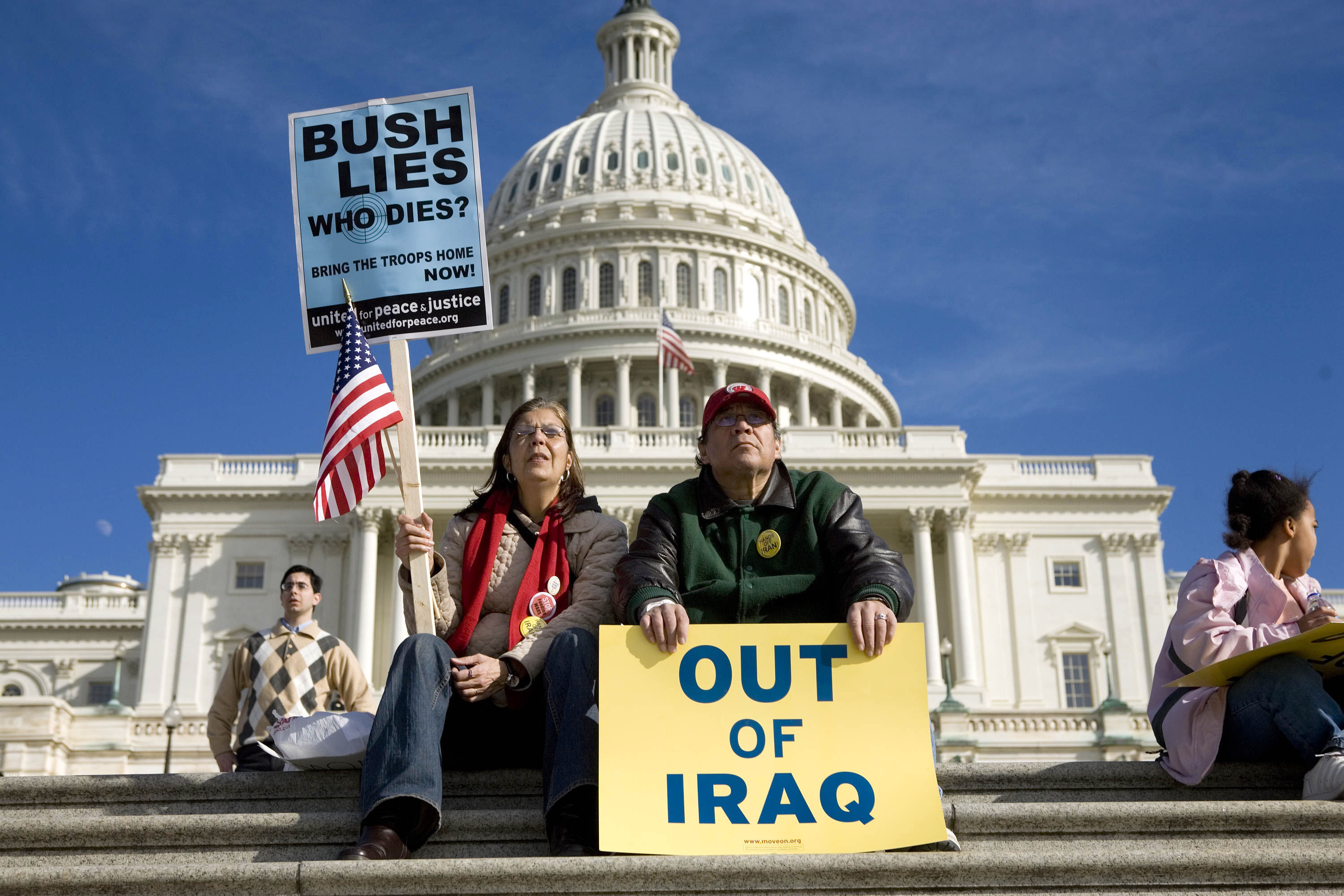 Today marks 10 years since the U.S. invasion of Iraq, and most Americans now say the U.S. should have avoided that conflict. Many Americans do not think the U.S. was successful in achieving its objectives there.

Looking back, 54 percent of Americans think the U.S. should have stayed out of Iraq, but 38 percent say taking military action against that country was the right thing to do.

Support for military engagement in Iraq was high after the initial invasion in the spring of 2003 (69 percent backed it), and it remained high through late that year when Saddam Hussein was captured. But in April 2004, in the wake of the Abu Ghraib prison scandal and mounting U.S. casualties, support for U.S. involvement in Iraq dipped below 50 percent for the first time.

By early 2006, most Americans - 54 percent - said the U.S. should have stayed out of Iraq; since then, a majority has continued to hold that view. The last U.S. troops left Iraq in December 2011.

Republicans and Democrats assess America's nearly nine-year involvement in Iraq differently: most Republicans (61 percent) say invading Iraq was the right thing to do, while Democrats (and independents) disagree.

Many Americans express skepticism about whether the mission in Iraq was successful. Four in ten think the U.S. succeeded in accomplishing its objectives, but more (50 percent) say it did not.

A majority - 56 percent - of Democrats don't think the U.S. successfully accomplished its goals in Iraq, and while most Republicans think invading Iraq was the right thing to do, they are divided (46-45 percent) on whether the U.S. ultimately succeeded there.

This poll was conducted by telephone from March 1-3, 2013 among 861 adults nationwide. Phone numbers were dialed from samples of both standard land-line and cell phones. The error due to sampling for results based on the entire sample could be plus or minus three percentage points. The error for subgroups may be higher. This poll release conforms to the Standards of Disclosure of the National Council on Public Polls.