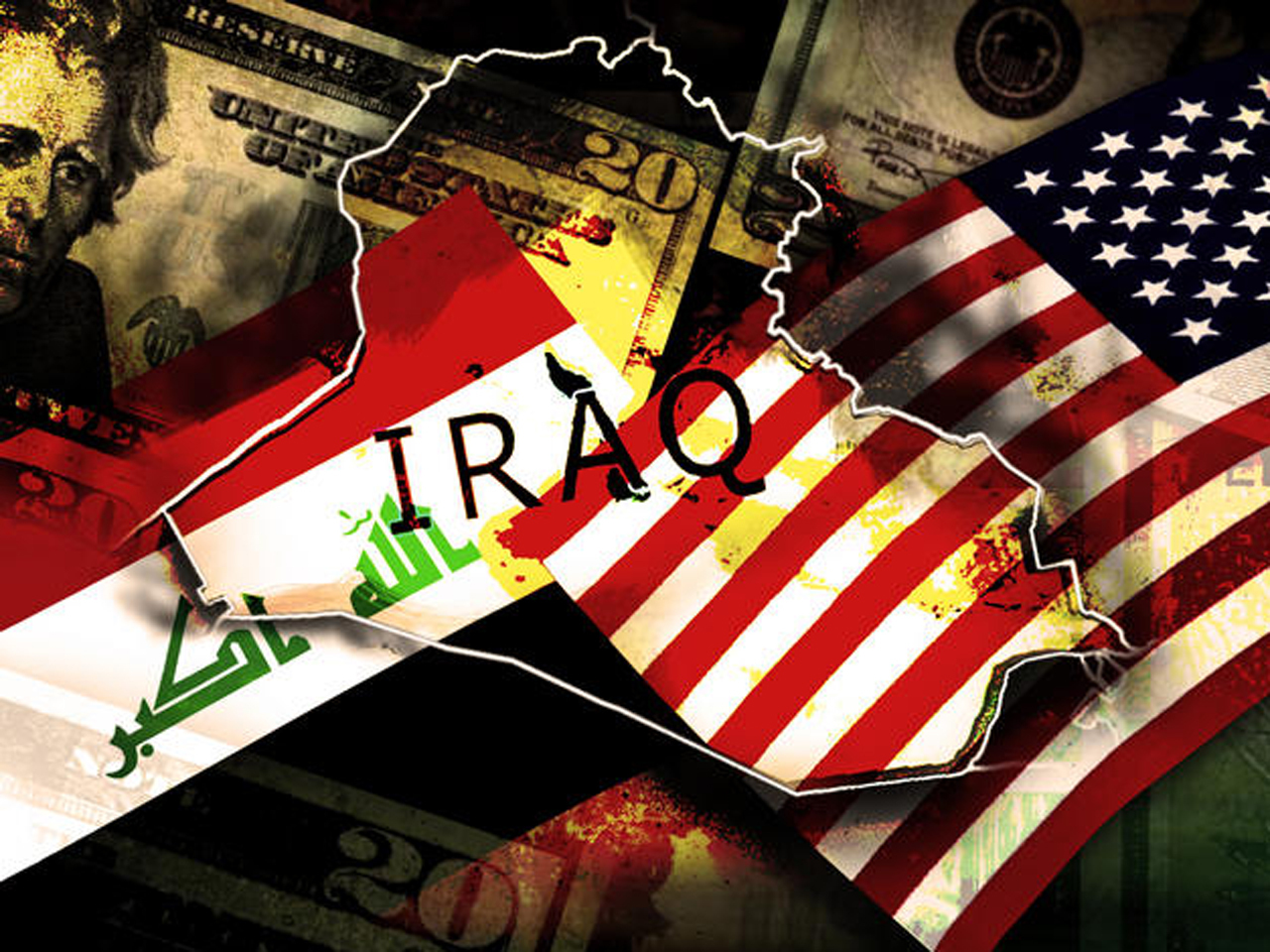 In the months leading up to the Iraq war, an up-and-coming state senator from Illinois, Barack Obama, gave a passionate speech about the looming conflict, calling it "rash" and "dumb."

Today, on the 10-year anniversary of the start of the war, Americans are still politically divided over the war, though most say the U.S. should have avoided it.

It may take decades more to sort out all of the global consequences of the Iraq war, but the impact it had on U.S. politics -- particularly for Mr. Obama -- are strikingly clear. The Iraq war helped win Mr. Obama the presidency and put his party in a new position of strength on the issue of national security. The Democrats managed to regain control of the House and the Senate in 2006 as President Bush struggled to justify the ongoing conflict to an increasingly impatient electorate.

In the months before and immediately after the start of the war, President Bush had significant public support for the effort. Public opinion of the war, however, quickly soured. As early as November 2003, half of Americans said that the result of the war wasn't worth the loss of American lives and other costs of attacking Iraq, according to CBS News polling.

As the public turned on the war, they also turned on President Bush. His approval rating in 2004 began to fall below 50 percent, and he trailed his Democratic opponent John Kerry for a large part of the year. Still, unemployment hovered around the decent rate of 5.5 percent in 2004 and the economy was generally healthy, and Mr. Bush managed to win reelection.

"He won in spite of the war, absolutely," James Carafano, vice president for foreign and defense policy studies at the conservative think tank the Heritage Foundation, told CBSNews.com.

There was evidence that year that the war was not going as planned -- such as the lack of weapons of mass destruction. The real factor that led to the public's intolerance with the war, however, was simply time, Carafano contended -- a factor that only started to boil over after the 2004 elections. "The real turning point is the length of and the seeming frustration with the occupation," he said. Even if investigators had found weapons of mass destruction in Iraq, Carafano conjectured, "It still would've been a very unpopular war" if it were long and bloody.

By 2006, Democrats were ready to exploit the political opportunity before them. By September of that year, according to Gallup polling data, Democrats had nearly erased the once-large advantage Republicans had on the issue of national security. When asked which political party would do "a better job of protecting the country from international terrorism and military threats," Americans gave Republicans just a two-point edge that month. When Gallup started asking the question in 2002, the GOP had a 19-point lead.

Republicans initially wanted to capitalize on the conflict, criticizing Democrats who wanted to "cut and run." That argument, however, was undermined by ongoing violence and, by late September, a partially declassified National Intelligence Estimate which charged that the war had only worsened the global terrorist threat and strengthened radical Islam.

In the final weeks of the campaign, it was Democrats -- not Republicans -- talking about the war. Candidates with wartime experience like Tammy Duckworth, an Army Captain and helicopter pilot who lost both legs in Iraq, were out front responding to Republican criticisms.

"I didn't cut and run, Mr. President," Duckworth said in the Democrats' weekly radio address in September 2006. "Like so many others, I proudly fought and sacrificed. ... And I believe the brave men and women who are serving in Iraq today, their families and the American people deserve more than the same empty slogans and political name-calling."

Another veteran, Senate candidate Jim Webb, was one of several Democrats running attack ads against their respective opponents on the issue. Webb's ad showed his opponent, then-Sen. George Allen, R-Va., delivering the infamous adage, "We need to stay the course."

About a week before Election Day, Mr. Bush stepped up his rhetoric on the war. "However they put it, the Democrat approach in Iraq comes down to this: The terrorists win and America loses," the president said in a campaign stop on Oct. 30.

Ultimately, in 2006 Democrats won control of both the House and the Senate. National exit polls showed 57 percent of voters disapproved of the war in Iraq, while 58 percent disapproved of Mr. Bush's job performance.

By the start of the 2008 Democratic presidential primary, the candidates were practically tripping over each to prove who had the better judgment on the war and who was the first to criticize it.

The Obama campaign, of course, stressed Mr. Obama's emphatic opposition to the war, as articulated in his pre-war 2002 speech -- which was delivered just days before then-Sen. Hillary Clinton, D-N.Y., voted to authorize the war.

Clinton's team -- including former President Bill Clinton -- hit back with a vengeance. On the campaign trail in January 2008, the former president charged that Mr. Obama shifted his position on the war in 2004, ahead of his senatorial campaign. "You said in 2004 there was no difference between you and George Bush on the war, and you took that speech you're now running on off your website in 2004," Clinton said. "There's no difference in your voting record and Hillary's ever since. Give me a break. This whole thing is the biggest fairy tale I've ever seen."

Mr. Obama wasn't deterred, arguing in a January 31, 2008 debate that he offered "a clear contrast as somebody who never supported this war. The question is: Can we make an argument that this was a conceptually flawed mission from the start?"

That was made clear in a pair of competing speeches in July.

"I opposed going to war in Iraq," Mr. Obama said ahead of a foreign trip during which he visited Iraq. "Sen. McCain was one of Washington's biggest supporters for the war. I warned that the invasion of a country posing no imminent threat would fan the flames of extremism, and distract us from the fight against al-Qaeda and the Taliban. Sen. McCain claimed that we would be greeted as liberators, and that democracy would spread across the Middle East."

The same day, McCain gave his own speech, defending the "surge" strategy that began 18 months before. "I called for a comprehensive new strategy -- a surge of troops and counterinsurgency to win the war," McCain said. "Sen. Obama disagreed. He opposed the surge, predicted it would increase sectarian violence and called for our troops to retreat as quickly as possible."

Carafano of the Heritage Foundation contends that the spiraling economy was the more critical issue in the election. "McCain's handling of the economy was just dismal," he said. "The war was just gasoline on the fire."

Once in office, Mr. Obama said he would follow through on his promise to end the war. August 31, 2010, marked the end of combat operations in Iraq, and a year later, he announced that all the troops would be home by the end of 2011. The Bush administration had originally agreed to the Dec. 31, 2011, withdrawal date, but the assumption had always been that a new agreement would keep a smaller number of troops in Iraq for several more years to come.

The story isn't as simple as that: While the Iraq war is over, Mr. Obama has embraced some elements of Mr. Bush's counterterrorism strategies, crafting a secret memo on executive authority in the war on terror (in this case, on the use of drones) and choosing John Brennan, who held a high-level position at the CIA when waterboarding was used, as his CIA director.

Furthermore, while the Iraq war prompted many to rethink whether Republicans held an advantage on the issue of national security, not all of those voters moved to the Democratic camp: The war arguably fueled the anti-interventionist conservative movement.

"Clearly, war-related expenditures -- which will stretch into the trillions of dollars -- represent a huge piece of federal budget growth, and this budget expansion is helping to fuel the Tea Party and others on the right who believe the U.S. government should shrink and spend less," Phillip Carter, a senior fellow at the Center for a New American Security, told CBSNews.com.

Mr. Obama's legacy, of course, has yet to take full shape, and it's unclear at this point how his handling of the Iraq war will play a part in it. In 2012 national exit polls, 57 percent of voters said they trust Mr. Obama to handle an international crisis. Yet just 5 percent said foreign policy was the most important issue facing the country.