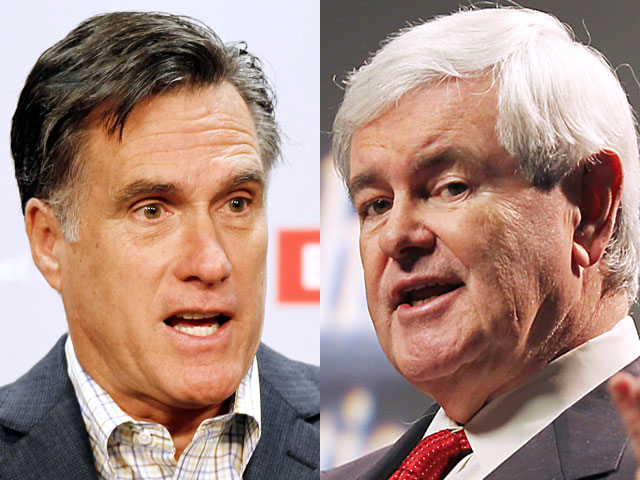 A new poll out from Gallup finds that only Newt Gingrich and Mitt Romney are considered acceptable presidential candidates by a majority of Republican and Republican-leaning independent voters.

The numbers for Ron Paul, who is polling in third in Iowa, are discouraging. Just 34 percent called Paul an acceptable nominee, while 62 percent called him unacceptable. Rick Santorum tied Paul as the candidate seen by the highest percentage of voters as unacceptable.

Texas governor Rick Perry, once seen as a frontrunner for the nomination, was called unacceptable by 52 percent of voters. Fifty-six percent called Michele Bachmann unacceptable, while 58 percent called both Jon Huntsman and Herman Cain (who has suspended his candidacy) unacceptable. Only 28 percent said Huntsman would be an acceptable nominee.

The finding suggest both that the Republican presidential race is moving toward a contest between Gingrich and Romney and that Republicans remain less than thrilled with their options for taking on President Obama in the general election.

Interestingly, self-described Tea Party supporters are generally supportive of both Gingrich and Romney despite the fact that both men have taken positions at odds with those that define the Tea Party - including backing the 2008 TARP bank bailout and supporting an individual health care mandate. Eighty-two percent of Tea Partiers called Gingrich an acceptable candidate, while 58 percent said the same of Romney.

Gingrich does particularly well with Republicans and Republican-leaning independents that are 55 years old or older, with 73 percent of this group calling him acceptable. Sixty-two percent of those 55 or older call Romney acceptable. No other candidate breaks the 50 percent threshold.

Is it time to stop voting on Tuesdays?