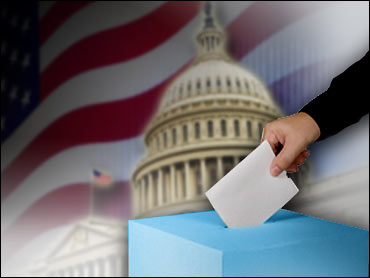 Here's more evidence that it is a dire year to be an incumbent running for re-election: A new CBS News/New York Times poll taken shortly before the midterm elections finds that 80 percent of likely voters say that most members of Congress should be replaced with someone new.

While Congress has long been unpopular, the numbers are worse for incumbents than they were in the 2006 midterm elections. Then, 16 percent said members deserved re-election while 69 percent wanted someone new.

In 2006, by contrast, roughly one in two said their member deserved to keep his or her job, while 42 percent said it was time for a replacement.

In a troubling sign for Democrats, it is Republican voters who appear to be paying more attention to the campaign. Sixty-four percent of Republican likely voters say they are paying "a lot" of attention, compared to 47 percent of Democrats (and 51 percent of independents).

This is an early release of a portion of the poll of 1,173* (note: this number has been corrected from 1,189) adults nationwide, which was taken between October 22nd and 26th. The full survey will be released at 6:30 p.m. Eastern Time.

This poll was conducted among a random sample of 1,173 adults nationwide, interviewed by telephone October 22-26, 2010, including 1086 registered voters, and 1055 likely voters. The effective number of likely voters is 463. Phone numbers were dialed from RDD samples of both standard land-lines and cell phones. The error due to sampling for results based on the entire sample could be plus or minus three percentage points. The error for subgroups is higher. This poll release conforms to the Standards of Disclosure of the National Council on Public Polls.
View CBS News In
CBS News App Open
Chrome Safari Continue