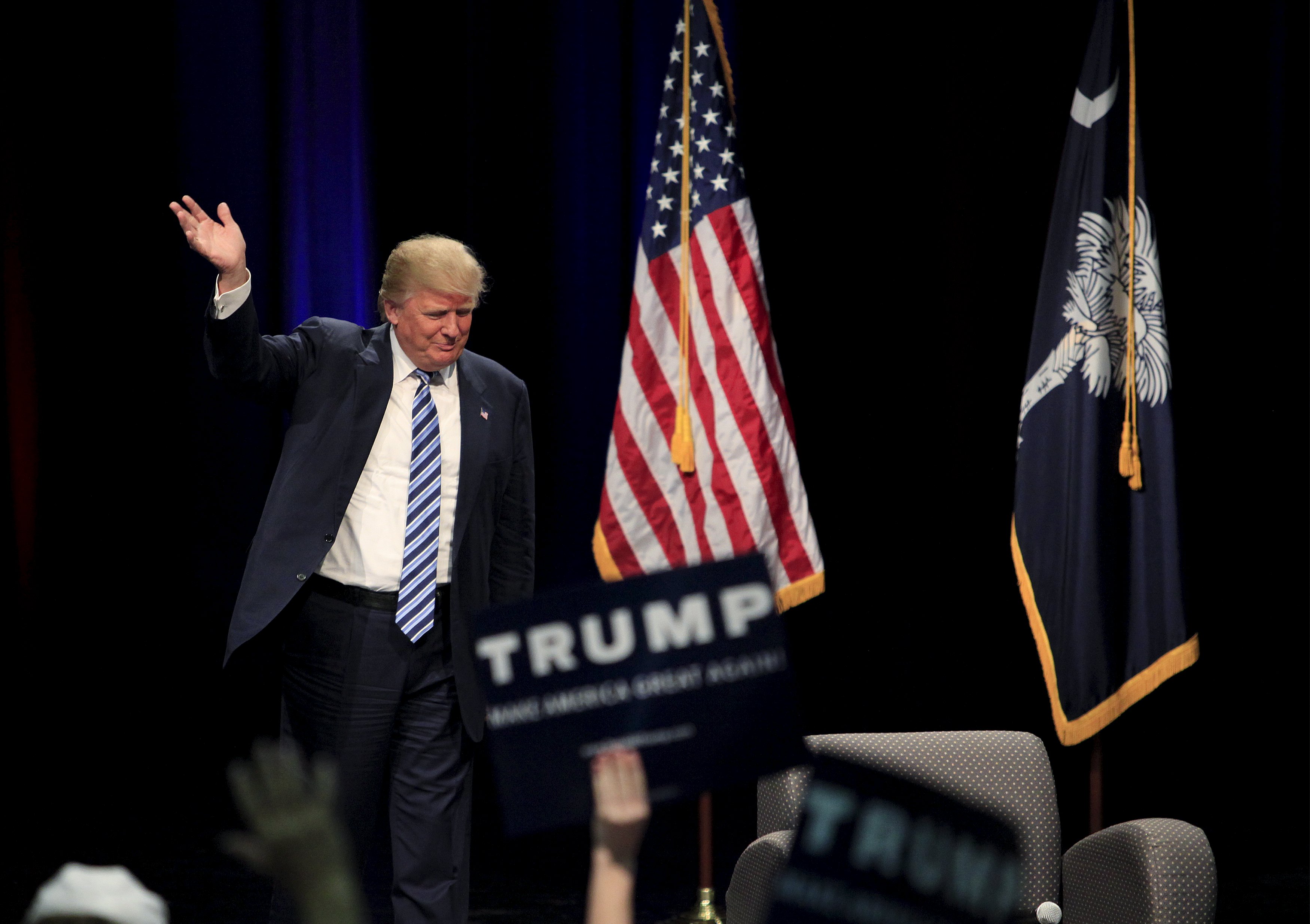 Among likely Republican primary voters in South Carolina, the real estate businessman, at 36 percent, has a 19-point advantage over Ted Cruz, who comes in second at 17 percent. Floridians Marco Rubio and Jeb Bush are competing for the third place slot, at 15 percent and 13 percent respectively. Nine percent of voters are supporting former neurosurgeon Ben Carson, while seven percent are with Ohio Gov. John Kasich. Three percent of voters still remain undecided.

Trump has a commanding lead across nearly all demographic groups, including those who identify as evangelical Christians. And despite his aggressive performance during Saturday's CBS News debate in Greenville, his domination of the field remained unaffected.

The billionaire's lead isn't reflected in his favorability numbers, however. Carson has the highest favorable ratings among the GOP contenders, with 65 percent. Rubio trails closely at 64 percent, Trump at 55 percent, and Cruz at 54 percent. Bush has a 52 percent favorability rating among those surveyed, while Kasich registers the lowest at 41 percent.

On Wednesday, CBS News reported that South Carolina Gov. Nikki Haley endorsed Rubio, which may give the Florida senator a slight advantage in the polls. Among likely Republican voters, Haley is viewed positively by 68 percent of them. She is the highest-rated Republican politician in South Carolina, over both of the state's senators.

The survey was conducted from Feb. 13-16 by Selzer & Co. of West Des Moines, Iowa. It included 502 likely Republican primary voters and has a margin of error of 4.4 percentage points.