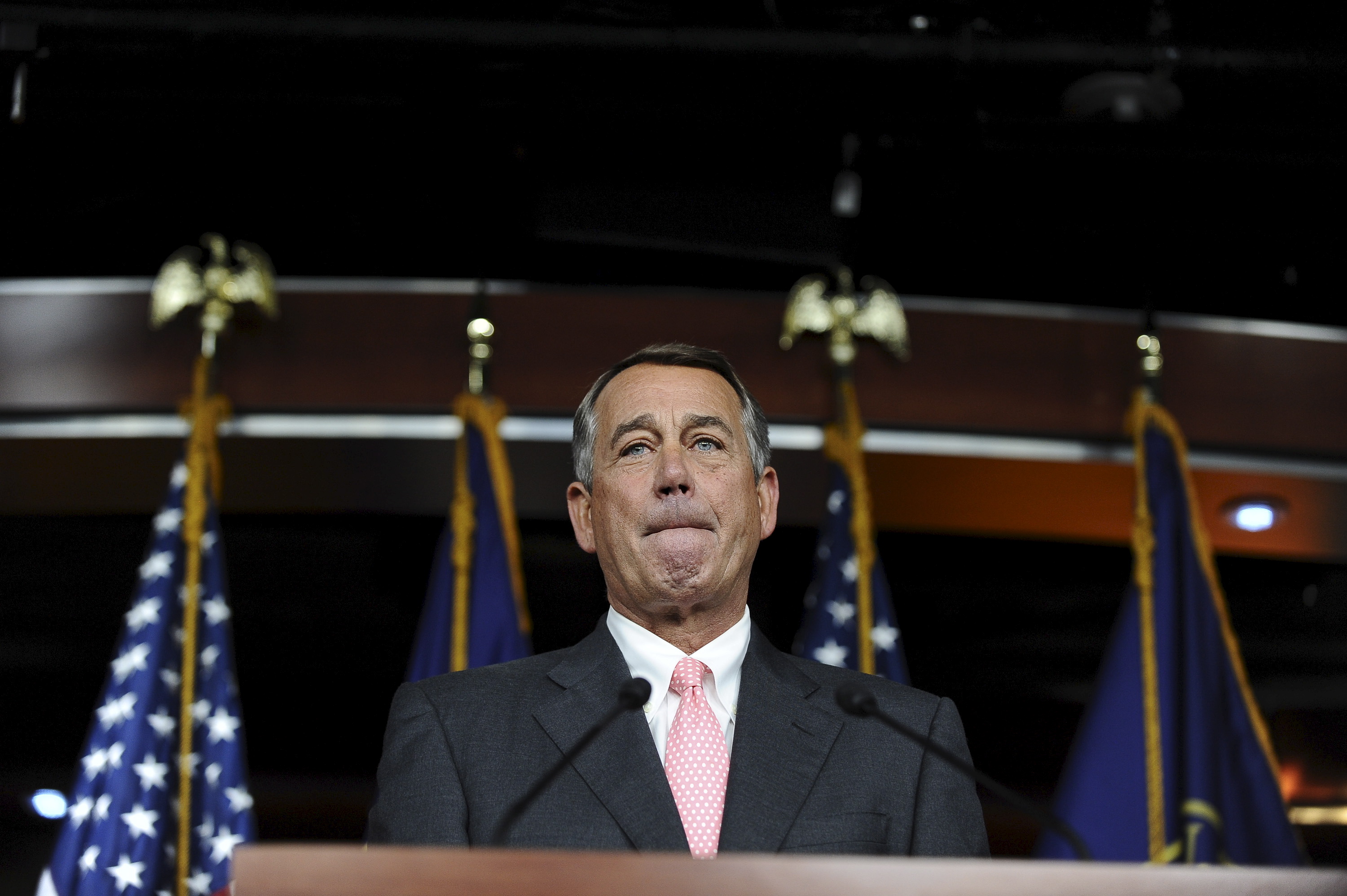 Speaker of the House of Representatives John Boehner announced he will be leaving Congress at the end of this month. In this poll, 23 percent approve of the job he is doing as Speaker, while more -- 52 percent -- disapprove, and 24 percent don't have an opinion.

The Republican Speaker receives poor marks from members of his own party. Just 23 percent of Republicans approve of the job he is doing as Speaker. Approval falls to 19 percent among conservative Republicans; 66 percent of them disapprove. Among those who describe themselves as supporters of the tea party, 22 percent approve.

Americans continue to give Congress decidedly poor marks. Only 12 percent of Americans approve of the job Congress is doing, while 79 percent disapprove.

Views of both parties are more negative than positive - but that has been true for some time. Americans are slightly more apt to view the Democratic Party favorably.

Democrats are more likely to see their own party in a positive light than Republicans are to say the same about their party.

Views of the Parties

As has been the case since early this year, President Obama's overall job approval rating remains mixed: Forty-five percent of Americans approve of the job he is doing as President and 46 percent disapprove. The president's approval rating has been largely unchanged since January.

As has been the case since early this year, President Obama's overall job approval rating remains mixed: Forty-five percent of Americans approve of the job he is doing as President and 46 percent disapprove. The president's approval rating has been largely unchanged since January.

And while views of the president's handling of the economy are also mixed, negative assessments outweigh positive views on his handling of foreign policy. On that issue, just 36 percent approve and 53 percent disapprove. In May, evaluations were similar.

The economy, direction of the country

Views on the condition of the economy have changed little since the summer. Now, 46 percent of Americans think the economy is at least fairly good, while slightly more -- 53 percent -- say it is bad.

This poll was conducted by telephone October 4-8, 2015 among a random sample of 1,251 adults nationwide. Data collection was conducted on behalf of CBS News by SSRS of Media, PA. Phone numbers were dialed from samples of both standard land-line and cell phones.