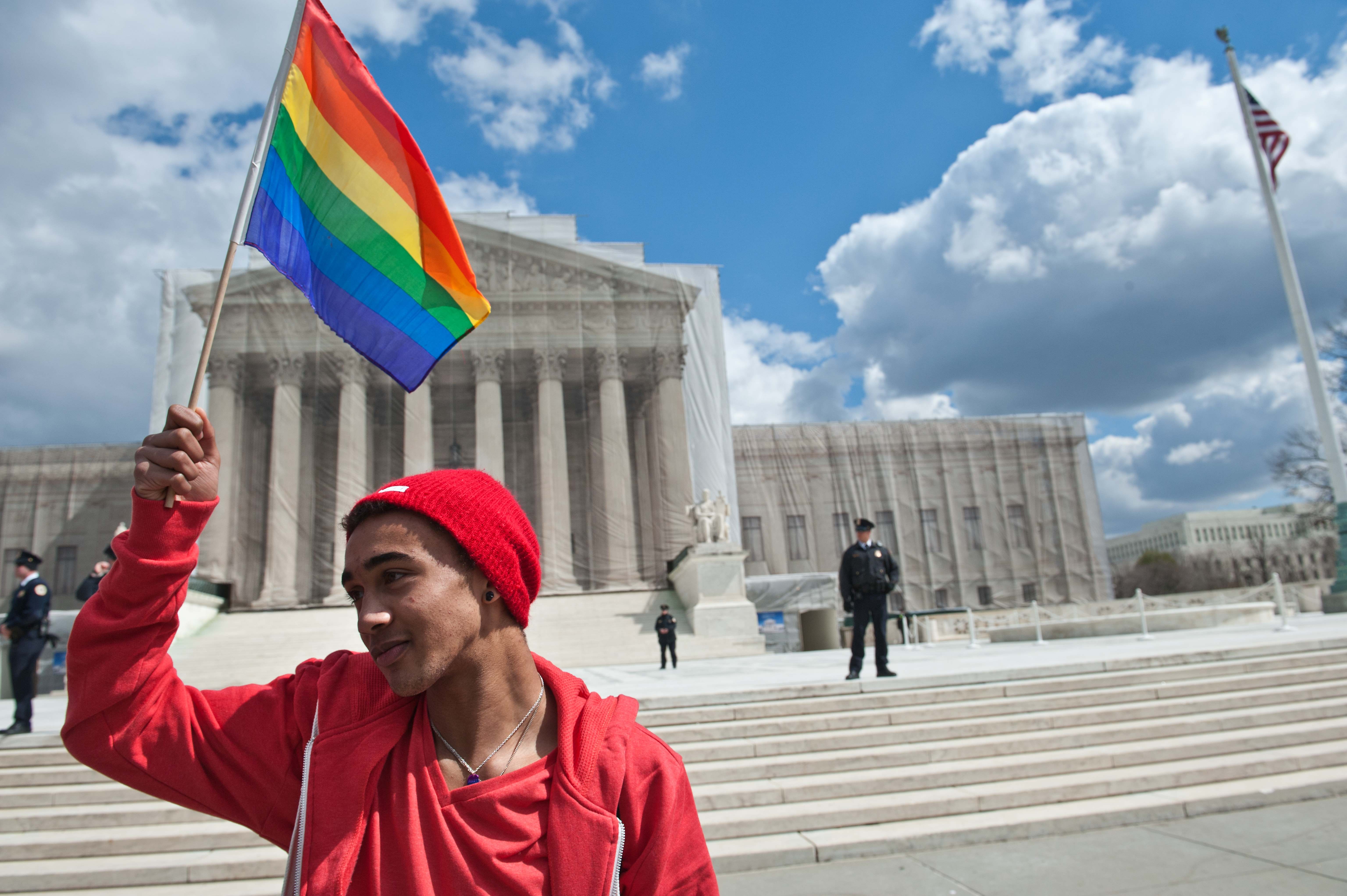 Fifty-seven percent of Americans support legalizing same-sex marriage. Majorities of Democrats (69 percent) and independents (59 percent) support it, while 55 percent of Republicans do not.

Thirty percent of those who now support legalizing same-sex marriage say they once held the opposite view.

As they have for more than two years, a majority of Americans (57 percent) say it should be legal for same-sex couples to marry. Public opinion has changed quickly on this measure - as recently as July 2012, Americans were divided on the issue, with only 46 percent saying same-sex marriage should be legal and 44 percent saying it shouldn't be legal.

The poll further suggests the extent to which people's views have changed. Thirty percent of Americans who now think same-sex couples should be allowed to legally marry say they once held the opposite view. When asked why they changed their minds, one in five volunteered that they are more educated about the topic now (21 percent). Other reasons included knowing someone who is gay or lesbian (12 percent), that it's none of their business (9 percent), that it's the modern way of thinking (6 percent), that same-sex couples should have equal rights (5 percent), and that it's already legal in some states (5 percent).

Americans of all ages are now more likely to say same-sex marriage should be legal than say it should not, including most Americans under the age of 55, as are Americans of all income and education levels. Politically, majorities of Democrats (69 percent) and independents (59 percent) think same-sex marriage should be legal, while over half of Republicans (55 percent) think it should not be.

Americans who say being gay or lesbian is something a person cannot change are far more likely to say same-sex marriage should be legal (78 percent), compared to those who say it is a choice (30 percent).

This poll was conducted by telephone June 10-14, 2015 among a random sample of 1,007 adults nationwide. Data collection was conducted on behalf of CBS News and The New York Times by SSRS of Media, PA. Phone numbers were dialed from samples of both standard land-line and cell phones. The error due to sampling for results based on the entire sample could be plus or minus three percentage points. The error for subgroups may be higher. Interviews were conducted in English and Spanish. This poll release conforms to the Standards of Disclosure of the National Council on Public Polls.