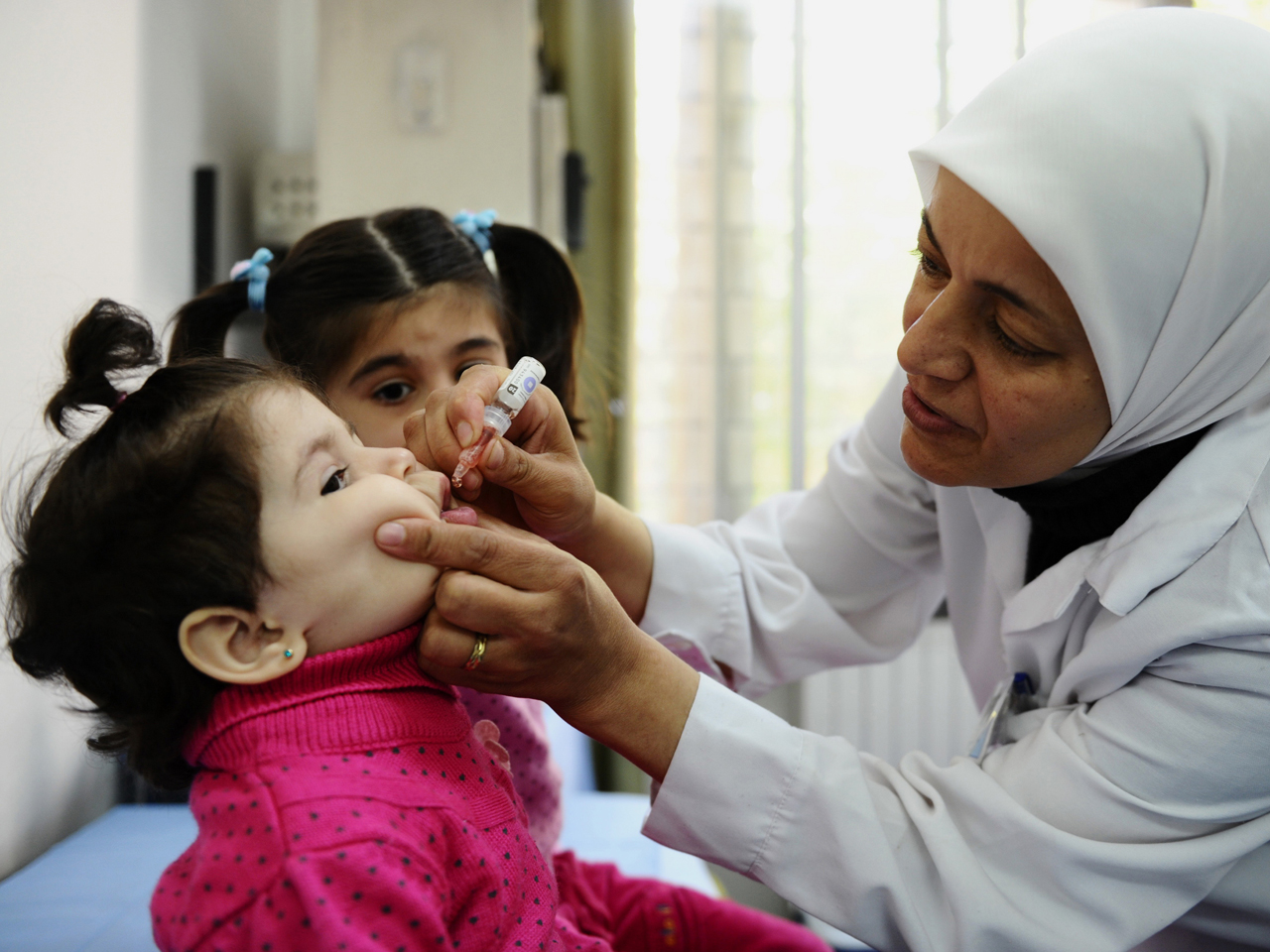 An ongoing polio outbreak in Syria will spur the largest-ever vaccination effort in the Middle East, according to the World Health Organization (WHO).

The WHO-backed Global Eradication Initiative announced Friday that more than 20 million children in seven countries and territories will be vaccinated in an effort to stop the outbreak.

"The polio outbreak in Syria is not just a tragedy for children; it is an urgent alarm -- and a crucial opportunity to reach all under-immunized children wherever they are," Peter Crowley, UNICEF's Chief of Polio, said in a statement. "This should serve as a stark reminder to countries and communities that polio anywhere is a threat to children everywhere."

Apossible polio outbreak in Syria was first announced more than two weeks ago. Health officials confirmed last week at least 10 cases in the war-affected northeast Deir-ez-Zo region of Syria. It was the country's first outbreak of the disease in 14 years. Officials were also monitoring an additional 14 suspected cases showing symptoms of acute flaccid paralysis, the telltale symptom of the virus.

A U.N. official warned at the time that diseases are spreading because of lack of access to basic hygiene and vaccinations, the AP reported.

According to the initiative, polio virus has also been detected in sewage samples from Egypt, Israel, the West Bank and Gaza Strip.

A new letter published Nov. 8 in The Lancet suggests a polio outbreak in the Middle East could have far-reaching implications in neighboring Israel and Europe.

Two German infectious disease experts warned vaccination efforts of Syrian refugees might not be enough to prevent the infection from spreading to Europe.

Most European countries use vaccines with inactivated forms of polio. Oral vaccinations have been discontinued because of rare cases when they caused the hallmark paralysis of the disease.

While the inactivated vaccine is highly effective at preventing polio, it's not perfect, according to the experts. That means transmission can only be fully prevented in some areas with continuous high vaccination rates, good hygiene and low crowding.

The authors pointed out that some countries have low vaccination coverage, including Bosnia and Herzegovina, Ukraine, and Austria. If polio were to be introduced to these regions from refugees fleeing Syria to Europe, herd immunity might not be enough to prevent an outbreak.

"Vaccinating only Syrian refugees -- as has been recommended by the European Centre for Disease Prevention and Control -- must be judged as insufficient; more comprehensive measures should be taken into consideration," wrote Professor Martin Eichner from the University of Tübingen and Stefan Brockman from the Reutlingen Regional Public Health Office, both in Germany.