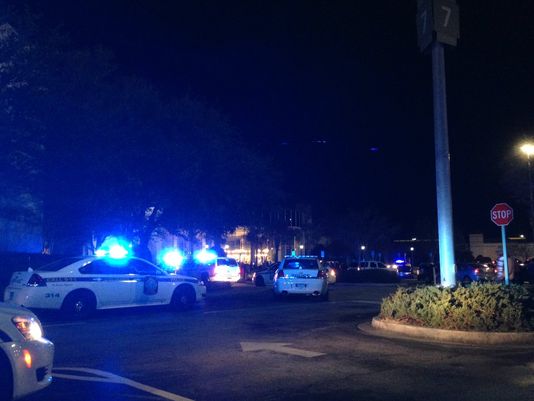 HARBISON, S.C. -- No one was injured when shots were fired inside a South Carolina shopping mall Saturday night, CBS affiliate WLTX reported.

Columbia police chief William Holbrook said late Saturday the incident began with a fist fight involving several people around 7 p.m. During the fight, two of the participants pulled out guns and fired shots into the air, Holbrook said. No arrests had been made.

Police said they did not find anyone who was shot inside the mall, and local hospitals and clinics have not reported anyone coming with gunshot injuries.

Authorities evacuated the mall, escorting shoppers and employees to safety and interviewing witnesses.

WLTX employee Lori Easterwood said she was in a store when employees heard reports that shots were fired. The employees then closed the store and ushered everyone into a back room. Law enforcement later told Easterwood to leave the building, and she was allowed to go into her car.

"There were about 12 to 15 officers in our area," Easterwood said.

Holbrook said that even by 9 p.m., there were still people believed to be hiding in stores, fearful for their safety.

Another woman said on Twitter that police had set up a perimeter around the building. She said people were being frisked and everyone had police escorts.

Access into and out of the mall was restricted and a nearby highway exit was closed while the investigation continued, police said.