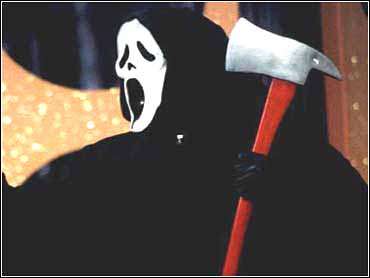 (CBS/AP) MERIDIAN, Miss. - You might think a mask from the slasher movie "Scream" would be a pretty good disguise for a robber - after all, just about everyone in America seems to own one, right?

Both times, authorities say, he was wearing a mask like the one worn by the villain in "Scream," the cult flick starring Neve Campbell, Courteney Cox, Drew Barrymore and David Arquette.

No one was injured in either robbery.

(btw, it wasn't THAT Jerry Jones, either)