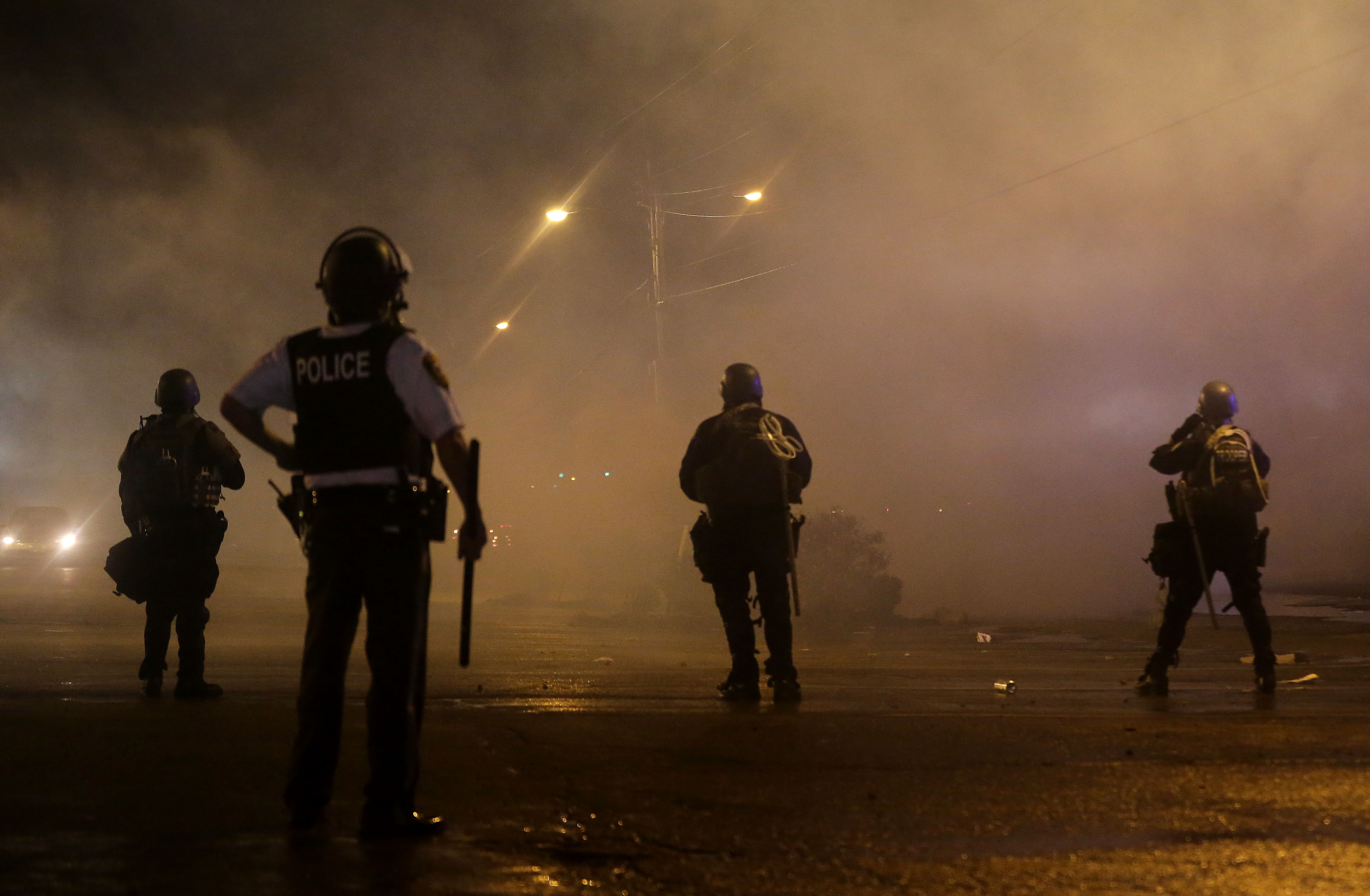 The streets of Ferguson, Mo., became chaotic Sunday night just before a curfew was to be imposed for a second night.

Tear gas was being fired at crowds as police stood in the streets holding shields at crowds chanting "don't shoot" while holding up their arms, which has become a symbol of protest in the police shooting death of 18-year-old Michael Brown. Demonstrators threw rocks at police and kicked tear gas canisters back at them.

No word of injuries of arrests yet.

Crowds holding picket signs were running through the streets, while others retreated from the police. Residents were told to clear the area by police. It was unclear what set the activity off, but it was similar to what happened Saturday night when police fired tear gas at demonstrators then.

Police attempted to push the demonstrators back by firing tear gas, shouting over a bullhorn that the protest was no longer peaceful, the Associated Press reported. Many of the marchers retreated, but a group of about 100 stood defiantly about two blocks away until getting hit by another volley.

The development comes hours after a rally in support of Brown's family took place in Ferguson where Rev. Al Sharpton, Martin Luther King III and others criticized the release of a video that police believe showed Brown involved in a strongarm robbery at a convenience store near the street where he was shot.

The curfew, imposed by Gov. Jay Nixon, was extended to a second night and extends from midnight to 5 a.m. Authorities had discussed extending it further depending on how Sunday night progressed.

Earlier Sunday, Attorney General Eric Holder ordered a federal medical examiner to perform another autopsy on Brown's body due to the "extraordinary circumstances" surrounding his death.

"This independent examination will take place as soon as possible," Department of Justice spokesman Brian Fallon said in a statement. "Even after it is complete, Justice Department officials still plan to take the state-performed autopsy into account in the course of their investigation."