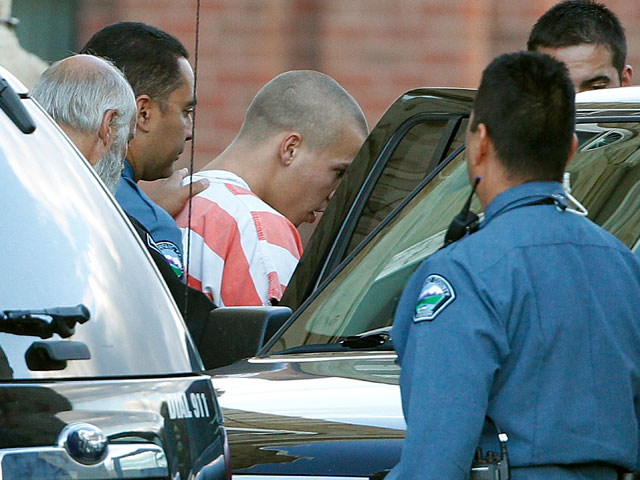 (CBS/AP) Walsenburg, Colo. - At a preliminary hearing yesterday, the Dougherty siblings revealed that they had planned to head to Mexico with money stolen in a Georgia bank robbery, then obtain fraudulent documents and elude authorities, a detective said.

During the hearing, Colorado Springs police Det. Larry Dyer said the youngest of the three, Ryan Edward Dougherty, 21, told him that he hatched the idea the day he was sentenced to register as a sex offender. Dougherty had earlier been convicted of sending sexually explicit text messages to an 11-year-old girl.

"During the interview, he pretty much led me to believe that he was the mastermind of this plan," Dyer said.

A judge ruled Tuesday that prosecutors had enough evidence to place the fugitive trio, who were eventually caught in Colorado after a week-long manhunt, on trial for crimes related to a high-speed chase and shootout during capture.

Ryan Dougherty, Dylan Stanley-Dougherty, 26, and their sister Lee Grace Dougherty, 29, are charged with over 20 counts each, including counts of attempted second-degree murder and first-degree assault.

The search for the Doughertys ended Aug. 10 near Walsenburg, about 150 miles south of Denver, following a chase on Interstate 25. The chase began when the trio was spotted near Colorado City.

The Doughertys are accused of firing an AK-47 at pursuing officers during the chase before running over spike strips, blowing a tire and rolling their vehicle and crashing into a guardrail. No officers were hit by the automatic weapon fire.

Dyer and two FBI agents who interviewed the other two siblings testified that all three told them they never intended to hurt police.

Additional details also emerged on the trio's alleged bank robbery. Lee Grace Dougherty was to be the lookout and keep the bank's door open, Dylan Dougherty was to take control of the room, and Ryan's role was to jump over the counter and take the money, authorities said.

The trio made off with about $5,200 in the Georgia bank robbery and had spent about $1,000 of it by the time police caught up with them in Colorado, authorities said.

The siblings haven't entered pleas. A scheduling conference was set for Thursday.