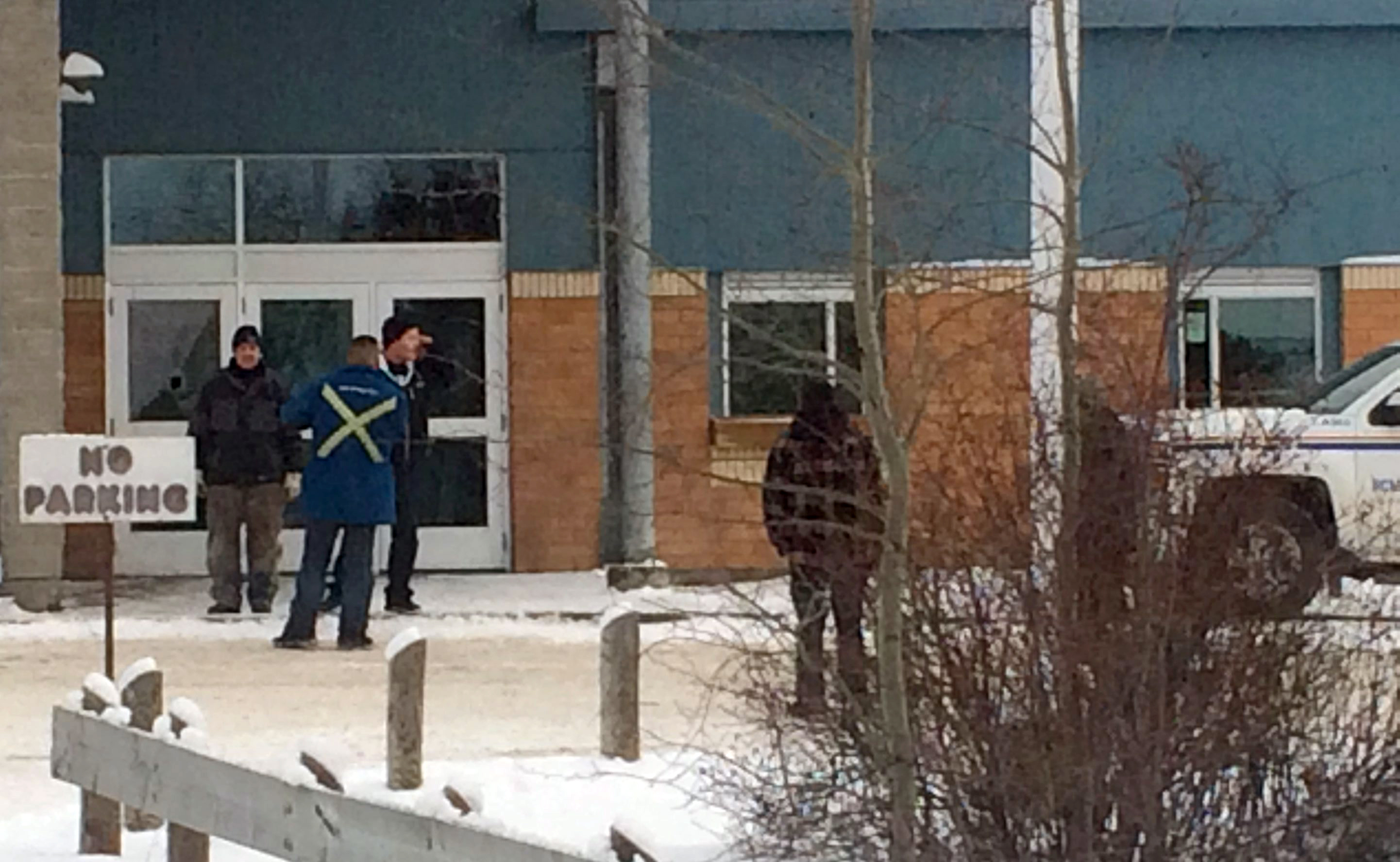 TORONTO -- Police say a 17-year-old has been charged with four counts of first-degree murder and seven counts of attempted murder in a mass shooting at a school and home in western Canada.

Police say two brothers, 17-year-old Dayne Fountaine and 13-year-old Drayden, were shot dead in a home before the gunman headed to the La Loche Community School. Their relationship to the gunman was unclear.

The suspect was arrested outside the school on Friday afternoon.

Residents placed candles and flowers in the snow in a makeshift memorial outside the grade 7-to-12 school in the Dene aboriginal community of La Loche in Saskatchewan Province. La Loche is a town of 3,000 where everybody seems to know each other.

One of the victims, an educational assistant killed at the school, was identified by her boyfriend and father as 23-year-old Marie Janvier. Deegan Park, her boyfriend of three years, said he would have given up the rest of his life just to spend another year with her.

"I grew up not a good guy, but she turned me right," Park told The Associated Press. "She was that much of a great person to turn me right from all the wrongdoings I used to do. ... She was a fantastic person."

"I loved her, I really did," said Park, who remembered her smile and how she would blush when she was happy.

Kevin Janvier said his daughter was an only child. "I'm just so sad," he said.

Ashton Lemaigre, a teacher at the school and friend of Marie Janvier, said she worked as a teacher's aide in his classroom. He said she was kind and patient with children and planned to get her teaching degree someday.

"The kids loved having her around," Lemaigre said. "They would just come running to her. And she was just a friend to everybody."

A second victim was identified as Adam Wood, a new teacher at the school. His family in Ontario issued a statement describing him as an adventurer with a passion for life who made people laugh until their stomachs hurt.

"Adam had just begun his teaching career in La Loche last September and was enjoying his time," his family said. "He was always up for a good challenge and lived each day joyously."