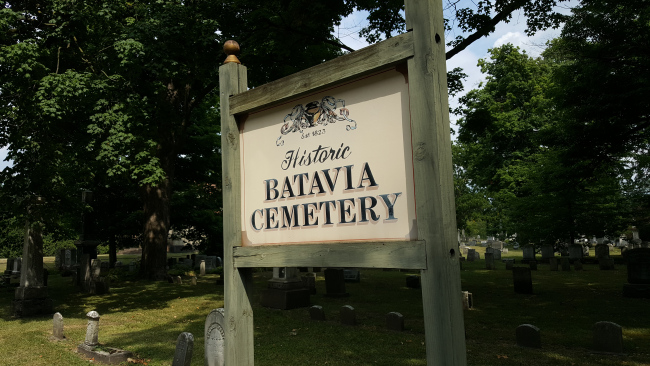 Severe storms had rolled across the region early Wednesday morning.

Police say a medical examiner determined Garlock and Macleod had sustained injuries consistent with being struck by lightning, but the official cause of death is still pending.

Detective Eric Hill says there were no obvious signs of foul play.

"It seems they had just gone to a back part of the cemetery and were just hanging out there," detective sergeant Todd Crossett told CBS affiliate WROC.

There have been at least 18 deaths from lightning in the U.S. so far this year. But over the past decade, the number of injuries and deaths caused by lightning have actually gone down, according to John Jensenius, a lightning specialist for the National Weather Service.

"The number of fatalities has decreased because of more awareness," he told CBS News. The National Weather Service began a lightning safety campaign in 2001, including the first national Lightning Safety Awareness Week. Prior to that, the annual number of lightning fatalities was double what it is today.

Getting struck by lightning remains an extremely rare occurrence. Last year, it was blamed for 27 deaths across the country.