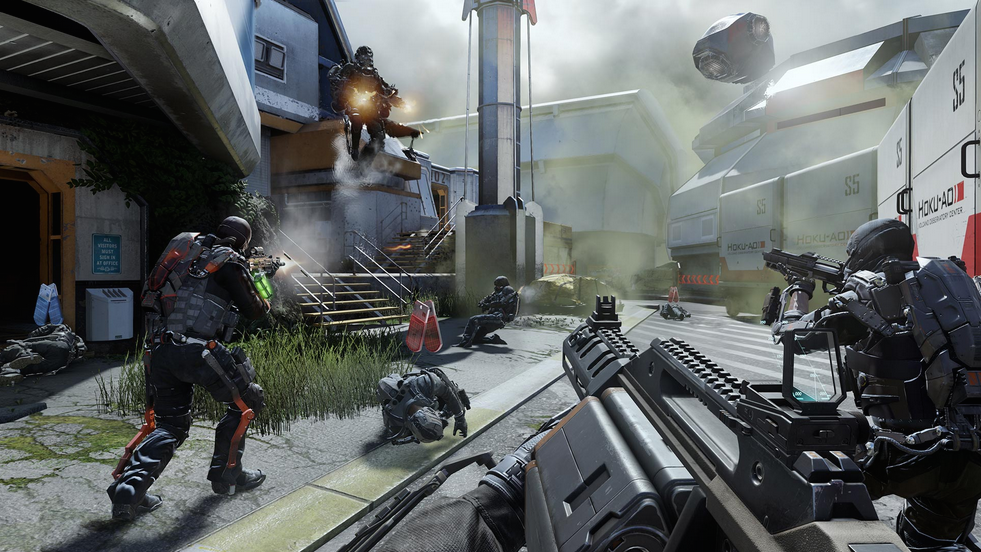 Taking out terrorists or shooting up zombies in video games could be more than just an adrenaline rush. It may actually make you smarter.

A new study out this week in Proceedings of the National Academy of Sciences demonstrates for the first time that people who played action games like "Call of Duty" and "Unreal Tournament 2004" showed greater capacity to learn than those who played non-action games. Those improvements on a range of tasks were still with them when they were tested again a year later.

"Prior research by our group and others has shown that action gamers excel at many tasks. In this new study, we show they excel because they are better learners," said Daphne Bavelier, a research professor in brain and cognitive sciences at the University of Rochester. "And they become better learners by playing the fast-paced action games."

Bavelier said our brains keep predicting what will come next - whether when listening to a conversation, driving, or even preforming surgery. "In order to sharpen its prediction skills, our brains constantly build models, or 'templates,' of the world," she said. "The better the template, the better the performance. And now we know playing action video game actually fosters better templates."

Ohio State professor Brad J. Bushman, who has done extensive research into the effects of violent video games on players, called it a "cool paper" but questioned whether the violence was necessary to produce learning.

"I believe the findings. What I fear, however, is that people will use such findings to justify playing violent action games," Bushman said. "I would love to see studies test three types of video games: (1) violent action, (2) nonviolent action, and (3) non-action. Action and violence are confounded in many video games. My hypothesis is that it is the action that produces the learning rather than the violence. The key is to develop exciting, action-packed nonviolent games."

In their study, Bavelier and her team of researchers first compared the visual performance of 10 gamers who played titles like "Call of Duty" with that of 10 individuals who played non-action games like "Restaurant Empire" and "The Sims 2," a life simulation video game. The researchers gauged this by measuring the players' ability distinguish one set of black and white lines from another that were presented in rapid fashion.

After playing the games for 50 hours over nine weeks, researchers found that the action gamers outperformed the non-action gamers.

Then, researchers turned to neural modeling to understand why the action gamers performed so much better. The key to the action gamers' success, the researchers found, was that their brains were better able estimate what various pattern of lines would look like before they appeared and then match to those expectations to what they saw. And they did so on the fly as they engaged in the task.

"When they began the perceptual learning task, action video gamers were indistinguishable from non-action gamers; they didn't come to the task with a better template," Bavelier said. "Instead, they developed better templates for the task, much, much faster showing an accelerated learning curve."