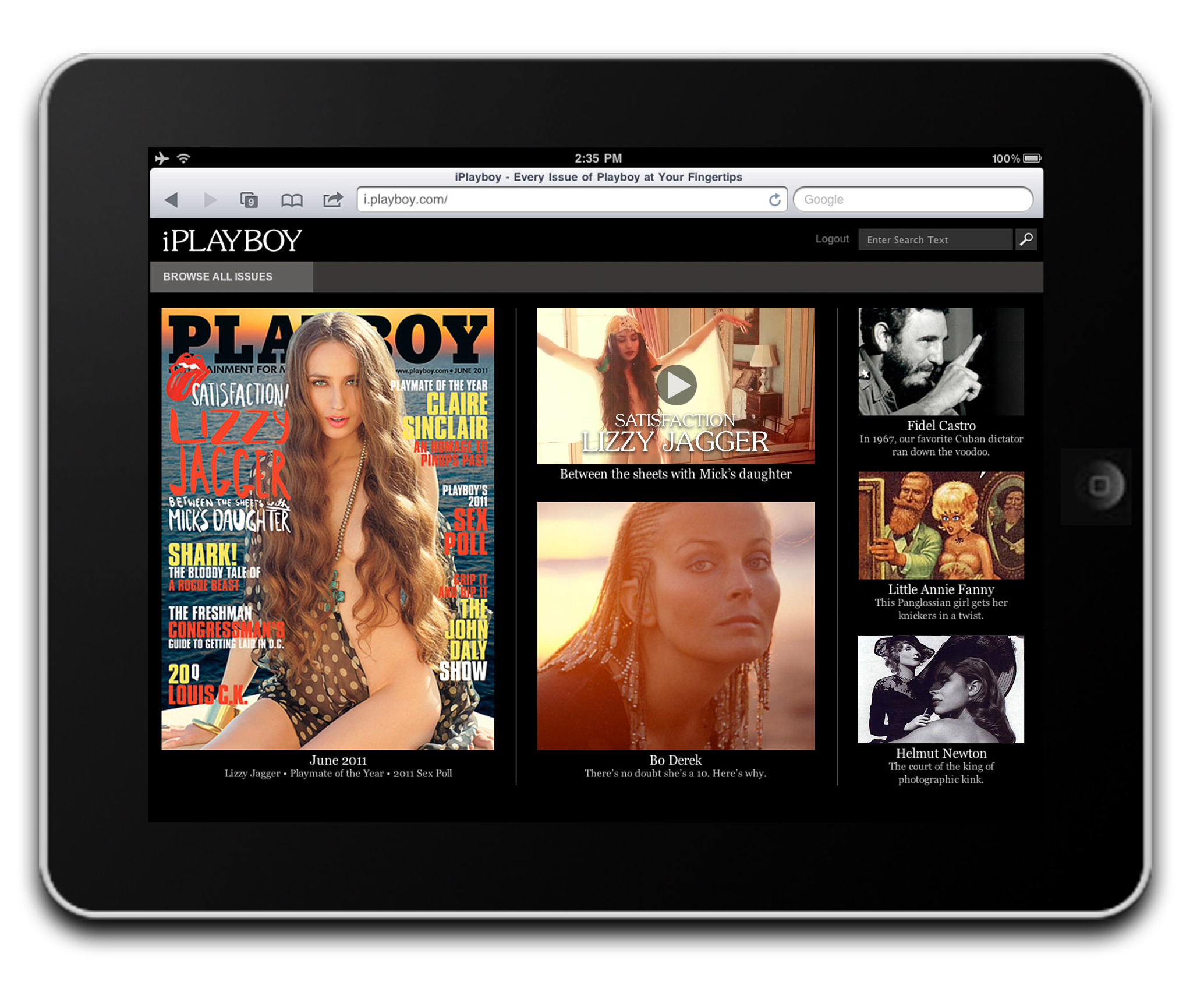 CHICAGO - Good news for those who thought their copies of Playboy were gone forever when their moms found them and threw them away.

Playboy launched a Web-based subscription service Thursday called i.Playboy.com that allows viewers to see every single page of every single magazine — from the first issue nearly 60 years ago that featured Marilyn Monroe to the ones hitting the newsstands today.

"They no longer have to store 57 years — 682 issues — of Playboy under their mattress," said Jimmy Jellinek, Playboy's chief content officer.

Chicago-based Playboy has seen its circulation plummet from 3.15 million in 2006 to 1.5 million today and has been trying all sorts of gimmicks to attract readers in recent years. One issue, for example, included a set of 3-D glasses to better see a centerfold shot in 3-D; another turned over the cover to a cartoon character, Marge Simpson.

But if those moves were widely viewed as efforts to attract a younger audience, this one is also aimed baby boomers and even their parents, who might recall pictorials of long gone movie stars, interviews with the likes of John Lennon and Dr. Martin Luther King and the time Jimmy Carter famously revealed the lust in his heart.

And for those who have claimed they bought the magazine for the articles, the online service also offers a way to look at the works of such writers as John Updike, Jack Kerouac, Kurt Vonnegut, Hunter S. Thompson and Norman Mailer just by typing in their names.

Jellinek is optimistic people will pony up the $8 per month or $60 per year for a service that's "meant to appeal to that sense of collective nostalgia and affinity." He calls the website "the world's sexiest time machine" and "an anthology of cool" for a magazine he refers to as "the Mount Rushmore of literary greatness."

"The problem with Playboy is it not only lost its powerful interviews, but it lost its lead," said Samir Husni, director of the Magazine Innovation Center at the University of Mississippi School of Journalism. "This is no longer the 50s and 60s when people talked about the interviews. And who cannot see the girl next door naked in this day and age?"

Husni doubts the service will do much for the company at all.

Husni also said it is likely those who do subscribe will drop the service once they see whatever issues they were curious about.

Jellinek concedes the whole thing is something of an experiment aimed at a niche audience, but he also insists the service has value because it offers a unique window into the past.

"We're not trying to achieve mass scale here and move the needle for the company in a great way," he said.

Down at Stocks and Blondes, a tavern in downtown Chicago, opinions were mixed as to how many subscribers will be drawn to the website.

"The guy who would want to go back and see them (the magazines) already has them stacked up in his crawl space," said Internet ad salesman Bill Youngberg.

But his buddy, Ron Golminas, suggested such a guy is precisely the person who would jump — if he could — at the chance to subscribe.