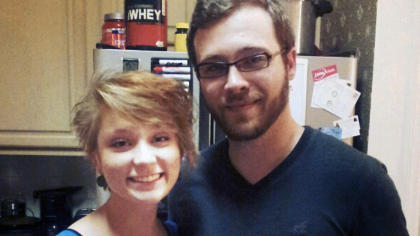 PLANO, Texas -- Meredith Hight had gathered friends at her suburban Dallas home for a day of grilling and watching football when her estranged husband showed up and opened fire, killing her and seven others before a police officer killed him.

Plano police have said that an officer responding to calls about shots fired Sunday evening saw bodies in the backyard and heard shots. The officer went inside, confronted 32-year-old Spencer Hight and fatally shot him. Police say he shot nine people in the home and that seven died there. One of the two wounded victims died at a hospital.

Meredith Hight, who was 27, filed for divorce in July after six years of marriage. The divorce hadn't been finalized yet. Her mother, Debbie Lane, said her daughter's gathering on Sunday was the first party she was hosting on her own.

Records show the couple got married in Collin County in September 2011. They exchanged ceremonial vows during a Caribbean cruise the following year.

Lane said Spencer Hight started out as a loving husband to her daughter, but she and her husband noticed something was off with their son-in-law. When they visited the couple, he would retreat to his room and his computer. She said they later learned he had a drinking problem.

Spencer Hight lost his job doing contract work for Texas Instruments around the time that he and her daughter bought the Plano house in 2015, Lane said. She said her daughter, who worked for Coca-Cola Southwest Beverages in Fort Worth, was shouldering the mortgage by herself.

Lane said it wasn't until Meredith filed for divorce that she told her parents that Spencer had been violent at least twice, including a time last fall when he slammed her face against a wall. But she said her daughter hadn't reported the incidents to police.

‪Lane told CBS DFW that her daughter did not take the decision to file for divorce lightly. "After two years of trying to get him in treatment, trying to get him to stop, trying to help him… she said, enough is enough. She made every effort she could… and could leave that relationship with no regrets."

When Meredith filed for the divorce, she didn't request a restraining order against Spencer. She wasn't afraid of him, her mother said.

Spencer Hight's father, Chester Hight, told the newspaper Wednesday that that the family is living a "nightmare." He said his son called to tell him that he and Meredith were splitting, but he couldn't speculate about their relationship. "They didn't confide in me, let's put it that way," he said.

"And Meredith, I really liked Meredith, for what it's worth," he said. "We all had a very good relationship with Meredith."

Chester Hight said his family is grieving over the deaths of the others who were killed at the party. "I'm so sorry. We knew some of those kids," he said.

On good days, the elder Hight said, Spencer was creative and clever. But he said his son also struggled with drinking.