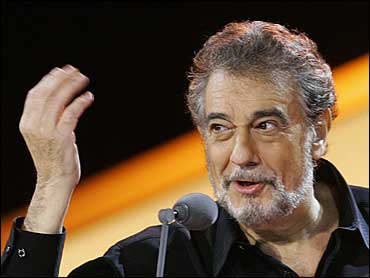 Placido Domingo says he is still tender following surgery to remove a cancerous polyp from his colon, but he has returned to work and resumed singing in private - and plans to be back on stage in a couple weeks.

The 69-year-old Spanish tenor became ill on tour in Tokyo, had surgery early this month at Mount Sinai Hospital in New York and has been recuperating in Acapulco, Mexico, The Los Angeles Times reported.

He returned to work as director of the Los Angeles Opera Company on Thursday.

Domingo told reporters during a break he planned to begin rehearsals for "Simon Boccanegra" at Italy's La Scala in two weeks.

The malignancy was localized so Domingo was able to undergo minimally invasive surgery to remove the polyp.