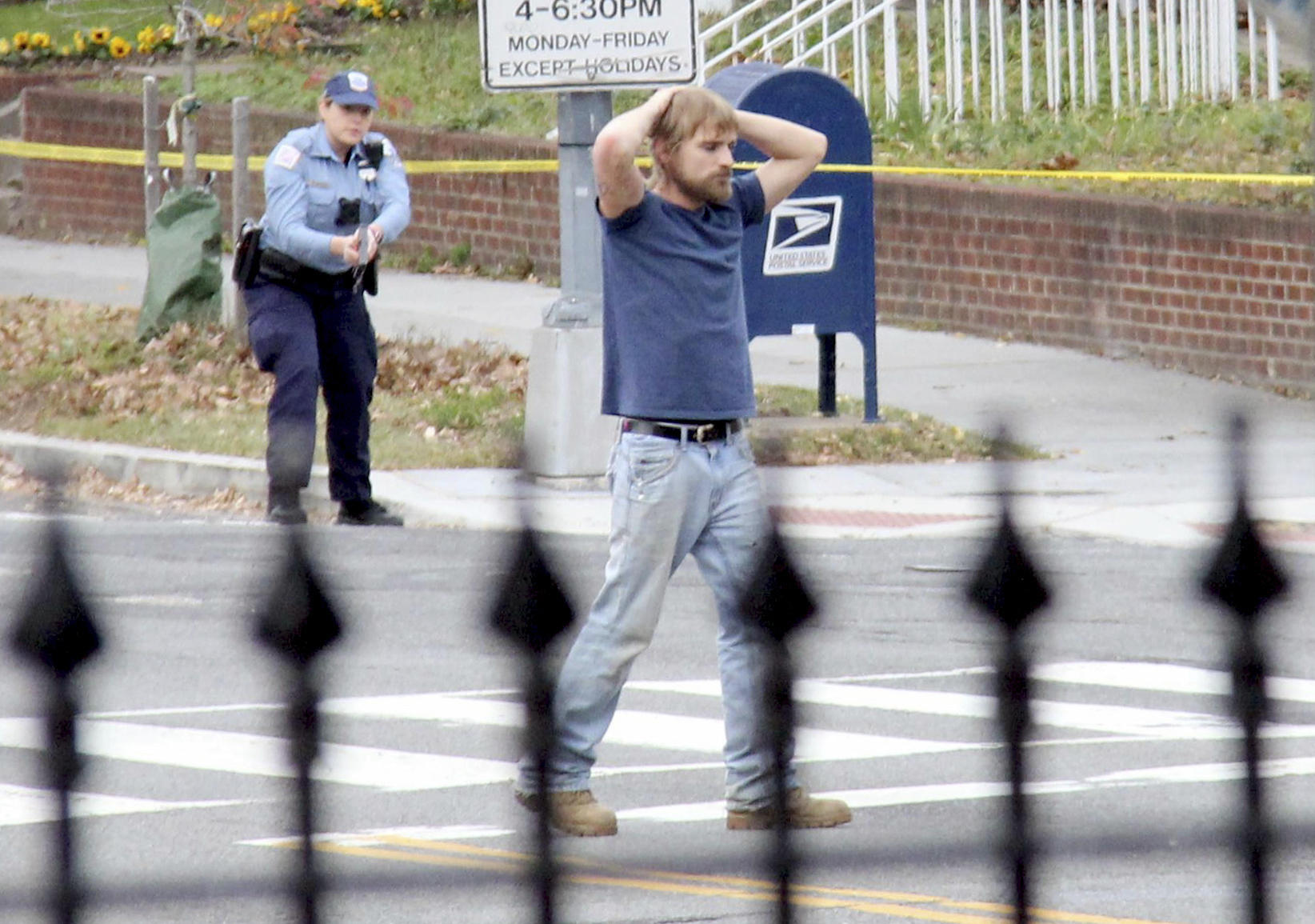 SALISBURY, N.C. -- The man accused of firing an assault rifle inside a Washington restaurant said he regrets how he handled the situation but refused to completely dismiss the false online claims involving a child sex ring that brought him there known as “pizzagate.”

“I just wanted to do some good and went about it the wrong way,” Edgar Maddison Welch, who’s been jailed since his Sunday arrest, told The New York Times in a Wednesday videoconference.

Welch, 28, told the newspaper he started driving to Washington from his Salisbury, North Carolina, home intending only to give the Comet Ping Pong pizza restaurant a “closer look.” But while on the way, he said he felt his “heart breaking over the thought of innocent people suffering.”

Welch would not say why he brought an AR-15 into the pizza shop and fired it, the newspaper reported.

Welch appears to have lived an aimless life that became turbulent in the weeks before he was drawn to the nation’s capital by a fake news story.

Friends and family say he is a well-meaning father of two girls who wanted to be a firefighter. But he also unnerved some with his religious fervor and sometimes had trouble detaching himself from the internet.

In the weeks before his Washington arrest, there were other signs of turbulence. In late October, Welch struck a teenage pedestrian with his car in his hometown, requiring the boy to be airlifted to a hospital, according to a police report that said he wasn’t immediately charged. More recently, days before he drove to Washington, he was dropped from the rolls of a volunteer fire department.

In past years, he was convicted of drunken driving and minor drug charges.

But the one constant, friends and family say, was his love for his two young daughters.

“He’s a father and a very loving man, very concerned about children,” said his aunt Tajuana Tadlock, adding: “He’s not a vigilante, by no check of the words.”

Tadlock said Welch’s parents haven’t been able to talk to him to ask what he was thinking, and the family’s only information comes from the news and the public defender.

In Washington, court documents say Welch fired an AR-15 rifle multiple times inside the restaurant but later exited with his hands up. He told police “he had read online that the Comet restaurant was harboring child sex slaves,” and he wanted to investigate. He said he surrendered when he found no signs of children being held. Welch faces charges including assault with a dangerous weapon.

On Thursday, a judge delayed a preliminary hearing for Welch. His public defender requested the delay, saying she needed more time to investigate the case. He will be back in court Tuesday.

In recent years, Welch often mentioned his Christian faith. Interspersed with Facebook posts about his daughters are the registered Republican’s musings on the Bible and religion.

Danielle Tillman of Raleigh said she met Welch a few months ago and has known his current girlfriend for years. She recalls Welch made her uncomfortable while talking at length about religion. At one point, he grabbed her hand and prayed, asking for “the demons to come out of me,” she said.

Welch’s family has roots in the Salisbury area, where his father and grandfather served in local government, according to the Salisbury Post. Friends say he attended West Rowan High School. A woman at the family’s property declined to answer questions this week.

Around age 18, Welch pleaded guilty to misdemeanor drug possession charges in neighboring Cabarrus County, according to online records of the January 2007 offense.

On a break from college in 2009, Welch was interviewed by the Salisbury Post after he made it halfway through a hike of the 500-mile Colorado Trail. He told the newspaper the hike helped him overcome an addiction to the internet.

“It’s a good feeling, going solo,” he told the newspaper. “There’s something spiritual about it.”

In April 2013, Welch was charged with impaired driving with a blood-alcohol content of .09, court records show. He pleaded guilty, was sentenced to probation and community service and underwent alcohol counseling.

Rowan County records show that after a short marriage, his wife filed for divorce in November 2014. The thin file doesn’t say why they split up. The divorce complaint was dismissed in 2015 after neither attended a scheduled hearing. Documents related to his arrest say they remain separated, and his two children live with him.

Welch twice served briefly as a volunteer firefighter, and his aunt said he was recently taking classes needed to get a paying job as a firefighter.

Locke Fire Chief Rusty Alexander said Welch barely showed up at the fire station after joining in 2012, and lasted about six months.

“He tried it, and basically it wasn’t for him,” Alexander said.

In May 2016, Welch became a volunteer firefighter in the town of Spencer, Chief Gray Grubb said. Grubb said Welch stopped attending training sessions and didn’t answer alarms, so he was removed from the active roster Nov. 30.

“When we interviewed him, he seemed like a good guy,” Grubb said.