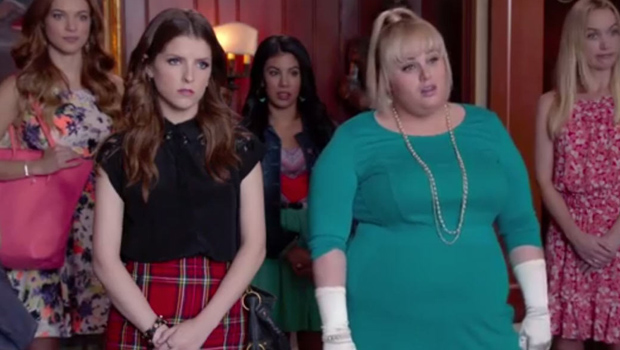 Did you miss them when they were gone?

Anna Kendrick, Rebel Wilson and the rest of the Barden Bellas are back in the pitch-perfect first trailer for "Pitch Perfect 2."

It's got the "Cups" song, pillow fights, cast newcomer Hailee Steinfeld, an international a capella competition and so much more. ("More," here, also includes fart noises.)

Elizabeth Banks, who directed the sequel and reprises her role from the original film, told CBS News this film is about the transition from college to adulthood.

"The first movie was about that transition into college, everybody was an incoming freshman, and now we're telling a story about that transitional time when you have to leave the nest and planning for your life and what your ambitions are, goals for your future, and having to say goodbye to the friends you made and go out into the big, bad world," she explained. "While making a lot of music with their mouths."

"Pitch Perfect 2" is set to hit theaters on May 15. Check out the trailer below: