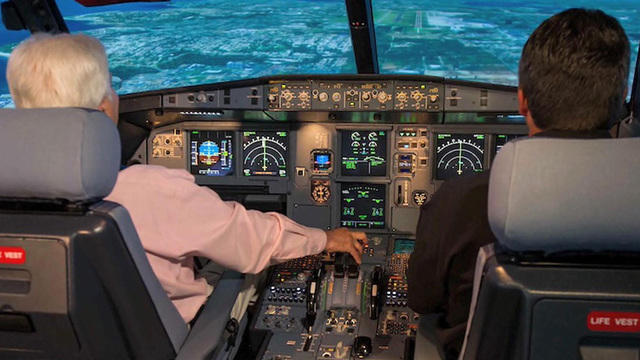 The study was launched after the Germanwings crash last year in the French Alps. A co-pilot intentionally crashed his plane, killing himself and 149 others.

The study used a questionnaire commonly used to identify depression, and comes as both the FAA and its European counterpart are stepping up efforts to address mental health issues in the wake of the Germanwings crash. But researchers believe there’s more work to do, reports CBS News correspondent Kris Van Cleave.

In 2008, airline pilot Collin Hughes said he made the decision to ground himself after being prescribed anti-depressants.

“Pilots identify with their job with who they really - it’s a part of us,” Hughes said. “Having that dream at that time, it felt like it was being shattered.”

He told us he is now flying again, but says depression is still a topic the industry doesn’t talk about.

“Pilots are people too. We have feelings and emotions just like everyone else,” Hughes said.

According to the new research, about 12 percent surveyed met the threshold for clinical depression, and four percent admitted to having suicidal thoughts.

“The current system is set up and designed all around self-report,” said professor Joseph Allen, who worked on the study just published in the online medical journal Environmental Health.

“For many of us or people in the general population, they can often seek treatment or counseling, whereas pilots, if they do so, they run the risk of severe impacts to their career,” Hughes said.

Seeking treatment or reporting an issue can result in a pilot being grounded. Since 2015, the FAA has started working with airlines and pilots unions to increase the understanding of mental health issues and the symptoms, while trying to reduce the stigma of self-reporting and improving treatment options. But issues like depression are believed to remain underreported.

“Pilots who are not fit to fly should not fly. But we need to make pathways for them to come back to work when their issues are resolved,” said retired airline captain and CBS News aviation safety expert Sully Sullenberger.

Sullenberger has worked to try to reduce the stigma of mental health issues after his father took his own life after a battle with depression.

“It’s likely given these statistics, I probably have flown with someone who had thoughts. They just didn’t share them with me,” Sullenberger said. “Self-reporting is critically important.”

The FAA has stopped short of calling for routine psychological testing, saying there is no convincing evidence it would improve safety. Pilots can be grounded for taking anti-depressants.

Researchers said the rate of mental health issues in pilots is similar to other high-stress jobs. The trade group representing airlines declined to comment, and the Air Line Pilots Association said airline travel is still the safest mode of transportation.

How the tax bill will affect three American families