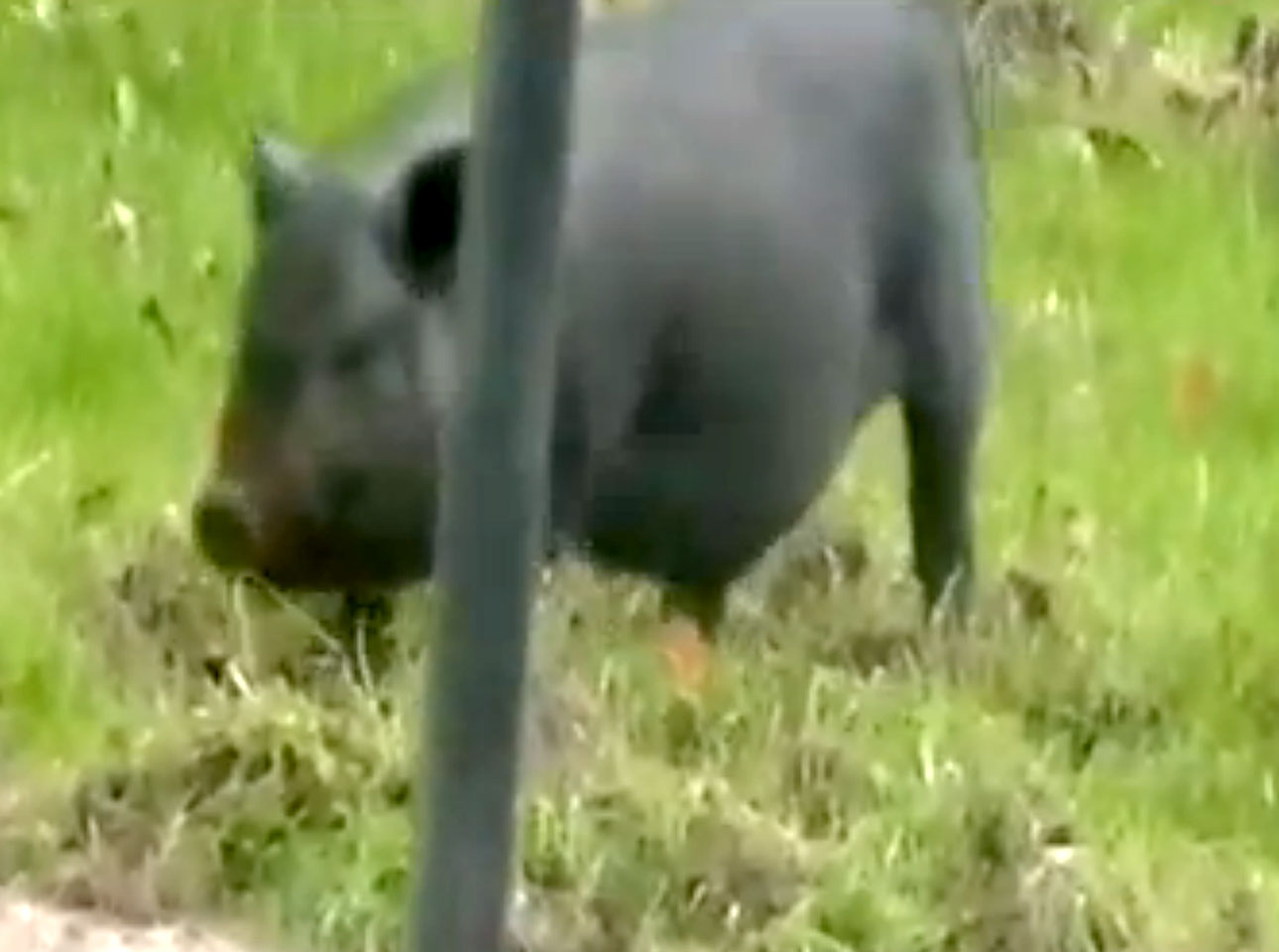 MIDLAND HEIGHTS, Penn. A pot-bellied pig on the loose in a western Pennsylvania town has neighbors upset.

Residents of Midland Heights in Beaver County, a suburban town on the West Virginia border tell CBS Pittsburgh affiliate KDKA the pig has been uprooting grass and destroying their yards.

At first it was thought to be a wild pig, but the Pennsylvania Game Commission told CBS correspondent David Highfield it's actually a miniature pot-bellied pig that used to be someone's pet. It's likely the person moved away and left the animal behind.

"He just did this about 20 minutes ago," Kristi Bilotto said as she pointed to her front lawn, all ripped up. "You look out and see a pig in your front yard, and this is not a farm!"

She also said she worried about the pig becoming wild and harming the neighborhood children.

So far, the pig has avoided attempts by neighbors to trap it.

"He won't come out by the cage because he knows there's a cage there! So he's a little smarter than everyone trying to catch him," Bilotto said.

Although other neighbors said they were frustrated by the property damage, "Dozer," as one woman nicknamed him, isn't hated by everyone. One man told Highfield he's trying to catch the pig and keep him as a pet. Others said they thought he was kind of cute.