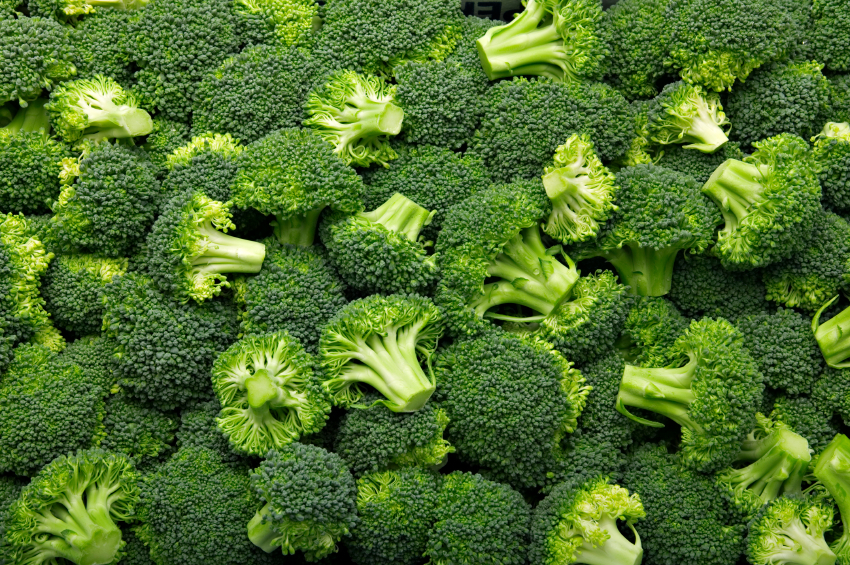 Craving kale? Drooling over daikon sprouts? Hankering for hemp? Sounds crazy, but what if we could train our brains to prefer healthy foods over junk food?

A new study by scientists at the Jean Mayer USDA Human Nutrition Research Center on Aging (USDA HNRCA) at Tufts University and at Massachusetts General Hospital shows that eating a low calorie, high fiber diet combined with behavior change education, can, over time, actually increase your desire for healthy foods and lessen the hold fatty, sugary foods have on your brain.

"It's much easier to push away a plate of broccoli than it is to decline a plate of French fries," she says.

The new study, published in the journal Nutrition & Diabetes, is the first of its kind to suggest that it is possible to reverse the addictive power of these unhealthy foods while also increasing our preference for healthy foods.

"This conditioning happens over time in response to eating - repeatedly! - what is out there in the toxic food environment," Roberts, the director of the Energy Metabolism Laboratory at the USDA HNRCA, as well as a professor at the Friedman School of Nutrition Science and Policy at Tufts University and adjunct professor of psychiatry at Tufts University School of Medicine, said in a news release.

Scientists have suspected that once unhealthy food addiction circuits are established, they can last a lifetime.

To find out whether the brain can be re-trained to support healthy food choices, Roberts and colleagues studied the reward system in thirteen overweight and obese men and women, eight of whom were participants in a new weight-loss program designed by Tufts University researchers, and five who were in a control group and were not enrolled in the program.

Participants in the weight-loss program swapped things like calorie dense French fries and sugar-laden cereal for more nutritious counterparts: sweet potatoes and high fiber cereal. Additionally, they took an educational program developed by Roberts from scientific principles of building up associative conditioning between food tastes and brain addiction centers. The training taught them to devalue cravings for high calorie foods and enhance their preference for more satisfying foods with higher protein and fiber.

The results were impressive. After a six-month period, MRI brain scans revealed changes in the areas of the brain reward center associated with learning and addiction. The researchers say this area showed increased sensitivity to healthy, lower-calorie foods, indicating an increased reward and enjoyment of healthier food cues. The area also showed decreased sensitivity to the unhealthy higher-calorie foods.

So, what does this mean for the rest of us? If, for a six month period, we stop eating certain types of addictive foods that are high in processed sugar and simple carbohydrates, perhaps we could actually enjoy that kale smoothie we keep trying to gag down for breakfast.

The study was small and long-term effects of the diet are unknown. Roberts says, "There is much more research to be done here, involving many more participants, long-term follow-up and investigating more areas of the brain."

"We have not yet found the holy grail of weight loss," adds Kirkpatrick. She suggests many factors are involved in obesity including community, family support, and exercise; diet and education alone won't solve the problem.

"Beyond education and food preferences, we need to look at the support system around a person," she says.