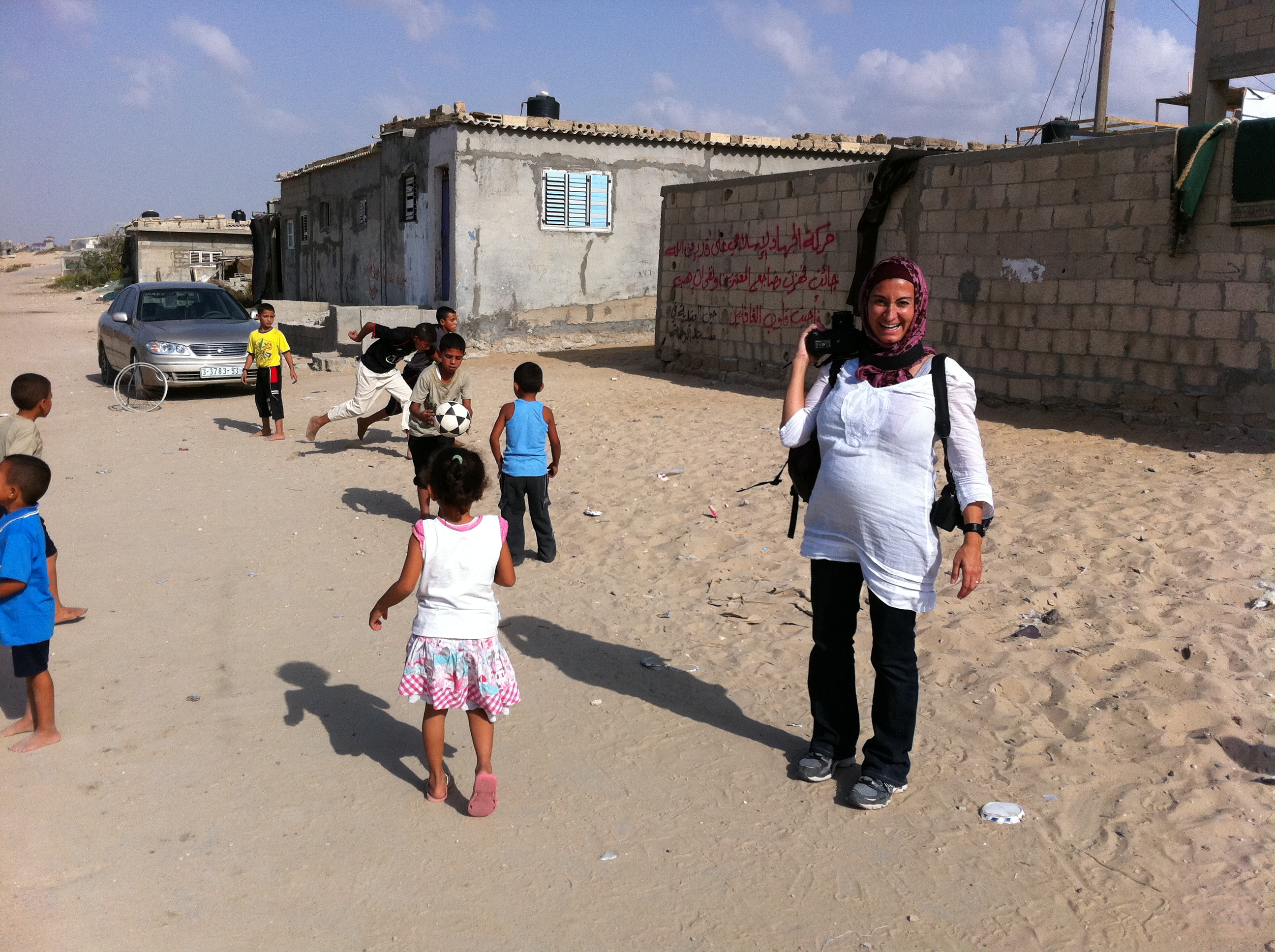 Beautiful, haunting and informative are just a few words one might use to describe Lynsey Addario's work as a photojournalist. Risking life to document crises around the world is a mission most people would shy away from, but Addario runs towards it, reports "CBS This Morning" co-host Norah O'Donnell.

She says it's a calling.

"I think when I started going to war zones and started covering humanitarian issues it became a calling because I realized I had a voice, and I can give people without a voice a voice... and now it is something that sits inside of me every day," Addario said.

For the better part of two decades, Addario found those voices covering the wars in the Middle East. She said the fact that she's a woman gives her unique access to 50 percent of the population there, and it doesn't hold her back on the front lines.

It's a journey Addario chronicles in her new book, "It's What I Do: A Photographer's Life of Love and War."

In 2007, she was embedded for two months with the 173rd Airborne Battle Company when the Taliban attacked. She captured the entire scene, including the death of Staff Sgt. Larry Rougle, who had become a friend.

"I was crying so hard as I was running back," Addario said. "It was really difficult to shoot. And it was just an incredibly personal and difficult moment for everyone really."

Addario was spending close to 280 days a year on the road, away for months at a time.

Six years ago she got married, but she didn't slow down and even put the idea of starting a family on hold. But in 2011, when she was covering the uprising in Libya, that all changed.

On March 16, she and three of her colleagues were kidnapped. For six days they were tied up, blindfolded, beaten and threatened with death. She was 37 years old, and she thought constantly about her husband, Paul.

"I was thinking, if I get out of this alive, okay, I will try and start a family with Paul," Addario said. Three months after being released, she was pregnant.

But when she found out she was pregnant, she told her husband, "My life is over."

"I was terrified," Addario said.

Addario said she thinks a lot of women are not honest about the fear.

"A lot of women act like it's the easiest decision, and I'm just going to have a baby and put my life on hold and not be worried about it. Well, I was worried," Addario said.

"I didn't know a single female photographer who covered conflict who even had a boyfriend, much less a husband or a baby," she added.

Addario could think of no role models in her industry.

She hid her pregnancy from her editors, ignored the advice of doctors and continued to travel and work in places like Gaza, Afghanistan and Somalia, where a famine was gripping the country. It was there that she met Abbas, an 18-month-old who was dying of malnutrition right in front of his mother's eyes. As she knelt down to photograph him, she felt her own baby kicking inside of her. In her book, Addario wrote, "It was the most incongruous, most unfair juxtaposition of life and death I had felt since I began my journey as a photographer."

While some may criticize her for ignoring the advice of her doctor or accuse her of putting the life of her unborn child in danger, she pointed to the bigger picture.

"I just ask myself who are these people and what sort of sheltered life do they live if they think that there are not women getting pregnant and giving birth every single day in those countries? And why are they not up in arms about that?" Addario said.

"The other thing is, it's a double standard," she added. "I mean, a lot of my male colleagues go to war zones when their wives are nine months pregnant. And why is no one upset about that?"

Four months after that day in Somalia, Lukas Simon was born perfectly healthy in a London hospital. When he was three months old, Addario made the difficult decision so many new moms make: she decided to go back to work.

Addario said she is more aware of her own mortality.

"Now I go in and I say, 'Okay, I have to stay alive. And how can I cover this story and make sure I can get home?'" Addario said.

She's leaving the combat assignments to others -- for now at least. But Addario is still out there photographing those that need a voice all around the world.

"I think it's important to have perspective and to look at what you don't necessarily want to see," Addario said.

Kelly Clarkson: "I wanted to be a backup singer"