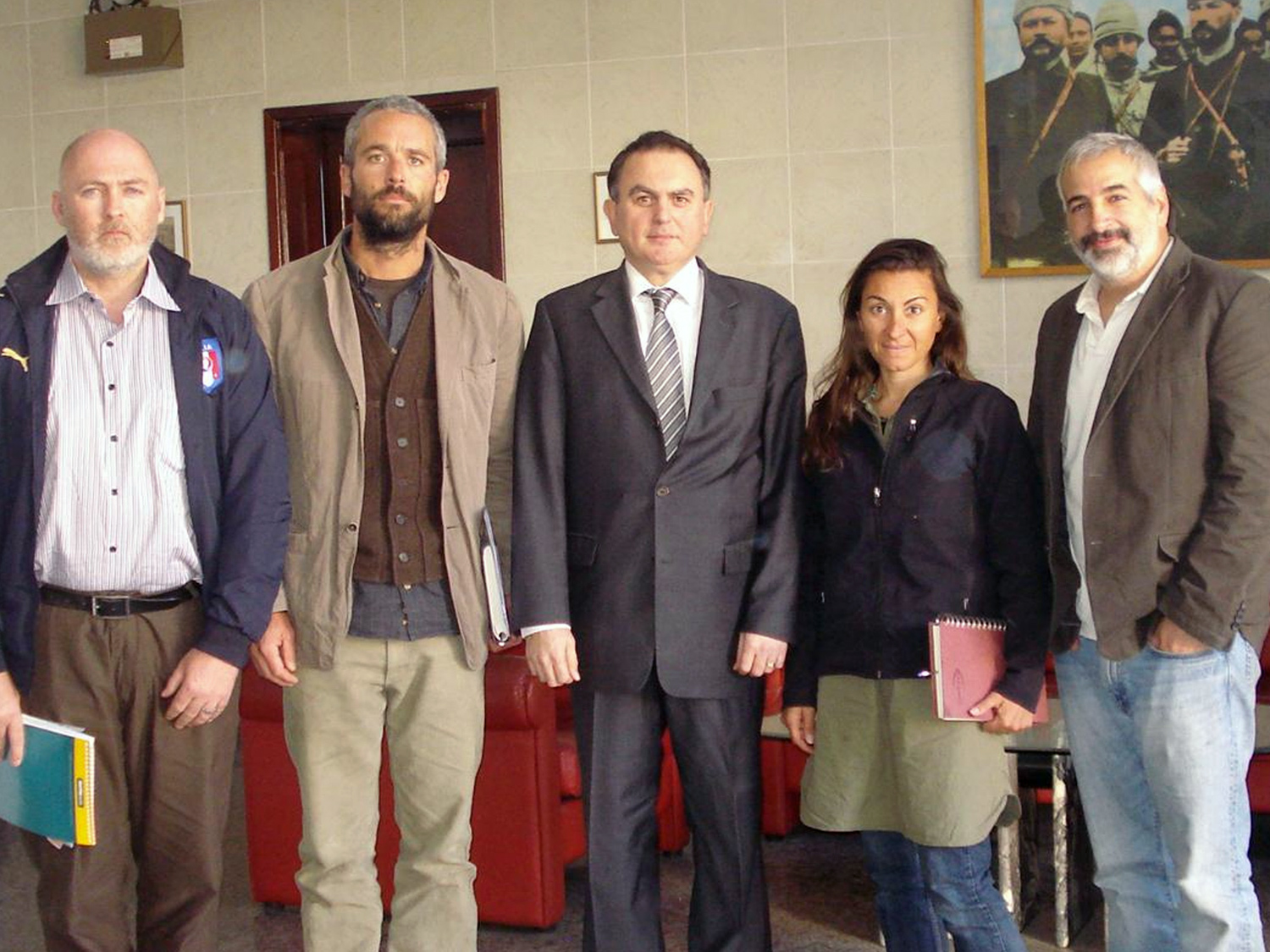 NEW YORK - Libyan soldiers physically abused a team of New York Times journalists and threatened to kill them during the six days they were held in captivity, the newspaper said Tuesday.

The journalistssaid they were capturedwhen their driver mistakenly drove into a checkpoint manned by Libyan forces in eastern Libya on March 15. Their driver is still missing.

"I heard in Arabic, `Shoot them," the newspaper quoted reporter Anthony Shadid as saying. "And we all thought it was over."

Soldiers tied up the journalists with wire, an electrical cord, a scarf and shoelaces, and hit them repeatedly with fists and rifle butts.

Photographer Lynsey Addario says she was punched in the face and groped. One soldier stroked her head and told her she was going to die.

The Times said soldiers threatened to decapitate photographer Tyler Hicks. Hicks said they temporarily put handcuffs on Shadid so tightly that he lost feeling in his hands.

The Libyan government initially demanded that a U.S. diplomat come to Tripoli to retrieve them, but the U.S. government refused because it had already closed its embassy.

The Libyans allowed the Turkish Embassy to act as an intermediary, the newspaper said. They were released on Monday and driven to Tunisia.

According to the Committee to Protect Journalists, an advocacy group, 13 journalists are either missing or in government custody. The missing include four from Al-Jazeera. Six Libyan journalists also are unaccounted for, the group said.

The Committee to Project Journalists says it has confirmed more than 50 attacks or attempts to silence the media since Libya's unrest began in February. The toll includes two deaths, more than 33 detentions, five assaults, two attacks on news facilities and the jamming of at least two satellite news transmissions.