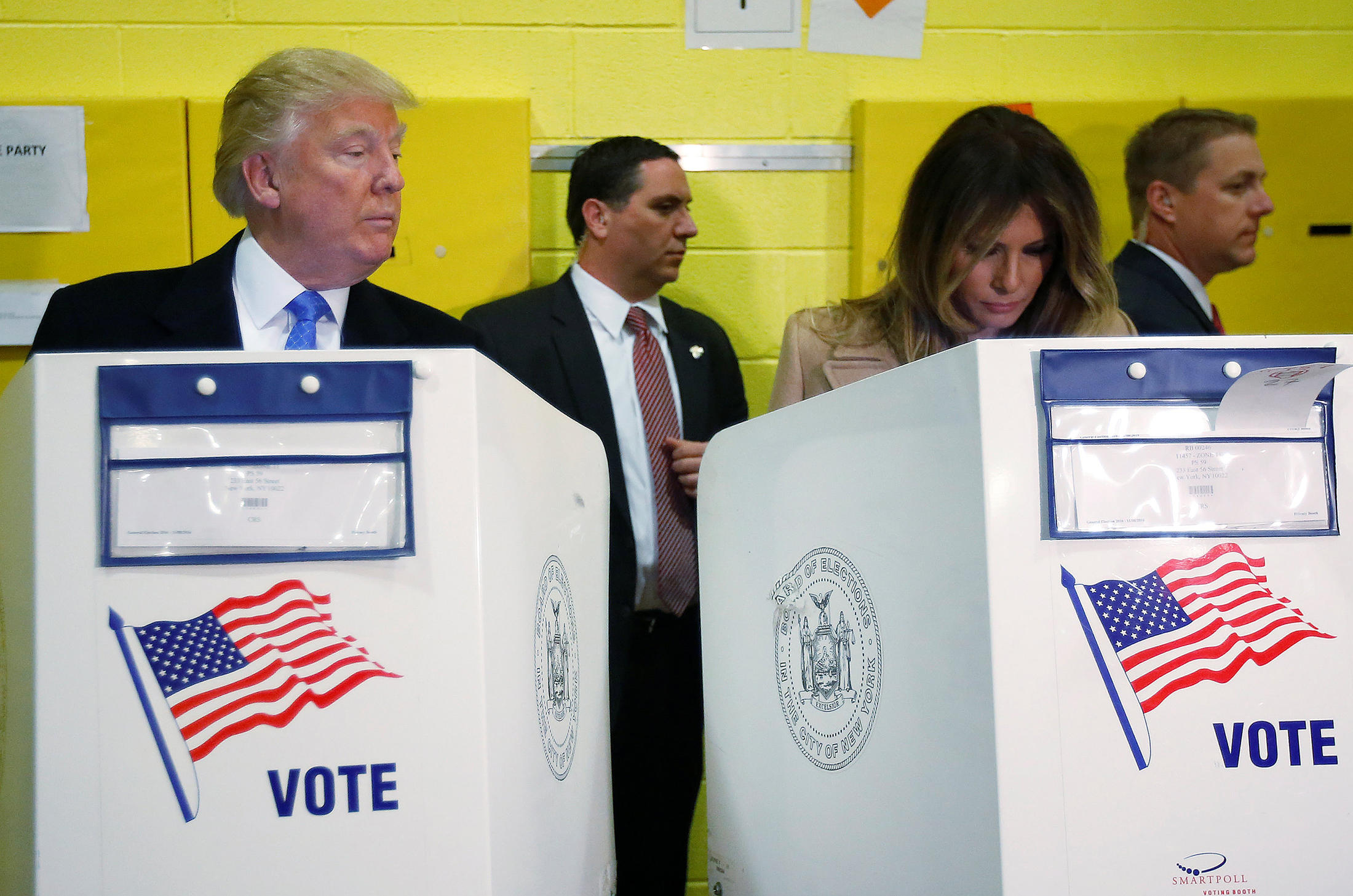 Republican nominee Donald Trump visited a polling place in midtown Manhattan with his wife Melania and daughter Ivanka to cast their votes in the United States presidential election Tuesday morning. In a moment caught on camera, Donald Trump stole a few peeks at his wife’s ballot — and now the internet is stealing a few laughs at his expense.

The glances were so quick you could almost miss them, right? Well, unfortunately for Trump, social media misses nothing.

As liberal documentary filmmaker Michael Moore gleefully points out in the tweet above, the implication of the now viral screen-grab is that Donald Trump wasn’t entirely sure who his wife was voting for, so he needed to check. Some social media users are also cracking themselves up over the idea that Trump just copied his answers from Melania’s ballot, who in turn copied her answers from Michelle Obama. It seems poor Melania will never be able to live down that RNC speech debacle... at least, not on Twitter.

On a serious note, however, one user pointed out that the image appears to capture Donald Trump in violation of U.S. election laws.

In fact, the very concept of a secret ballot is meant to ensure each voter’s right to make his or her choices anonymously and protect against voter intimidation or bullying, which might otherwise occur.

Perhaps ironically, those are the same issues that, just last week, Melania Trump promised to focus on as first lady.