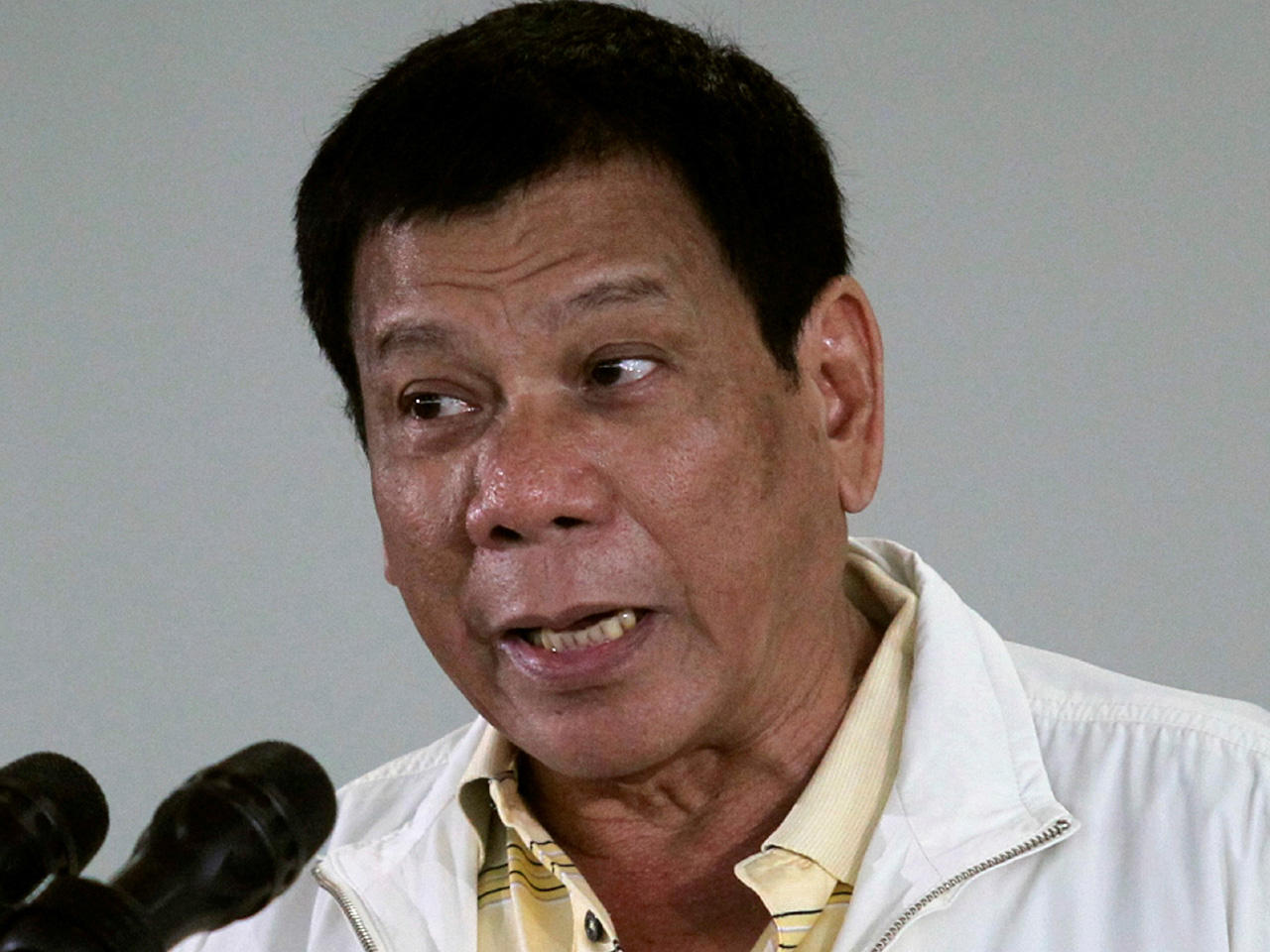 MANILA, Philippines -- The Philippine president says he wants U.S. forces out of his country’s restive south and blamed America for the restiveness of Muslim militants in the region and for the killings of Muslim Filipinos during a U.S. pacification campaign in the early 1900s.

President Rodrigo Duterte said Monday that Americans would constantly be in danger in the southern Mindanao region, where Islamic extremists would constantly try to kill or kidnap them for ransom. He did not mention any deadline or give other details.

The U.S. Embassy did not immediately issue any reaction.

Duterte also criticized President Obama for raising human rights concerns about the Philippine leader’s bloody crackdown against drugs when the U.S. leader, he says, has not apologized for the American atrocities against local Muslims.

President Obama briefly met Duterte in an informal encounter last week during a summit in Laos, but cancelled a scheduled meeting with the brash, profanity-inclined Filipino leader after Duterte used foul language in a threat to Mr. Obama prior to the summit.

Duterte, in the days before their planned meeting,warned Mr. Obama that if he should chastize the Philippine government for its brutal crackdown on alleged criminals, “son of a bitch, I will swear at you!”

Mr. Obama has largely played down the threat, dismissing it as typical of a man with a long history of offensive rhetoric, and while Duterte has said he regretted the U.S. leader took personal offense, he has not actually apologized for the remark.

About 500 American soldiers have been based in the southern Philippines since 2002 to provide anti-terrorism training and intelligence to Filipino troops battling al Qaeda-linked militants.

An accord signed between the two countries in 2014 -- amid protests by left-leaning Philippine opposition groups -- granted permission for more U.S. troops, aircraft and ships to be temporarily stationed in selected Philippine military camps as a counterweight to China and as a standby disaster-response force.