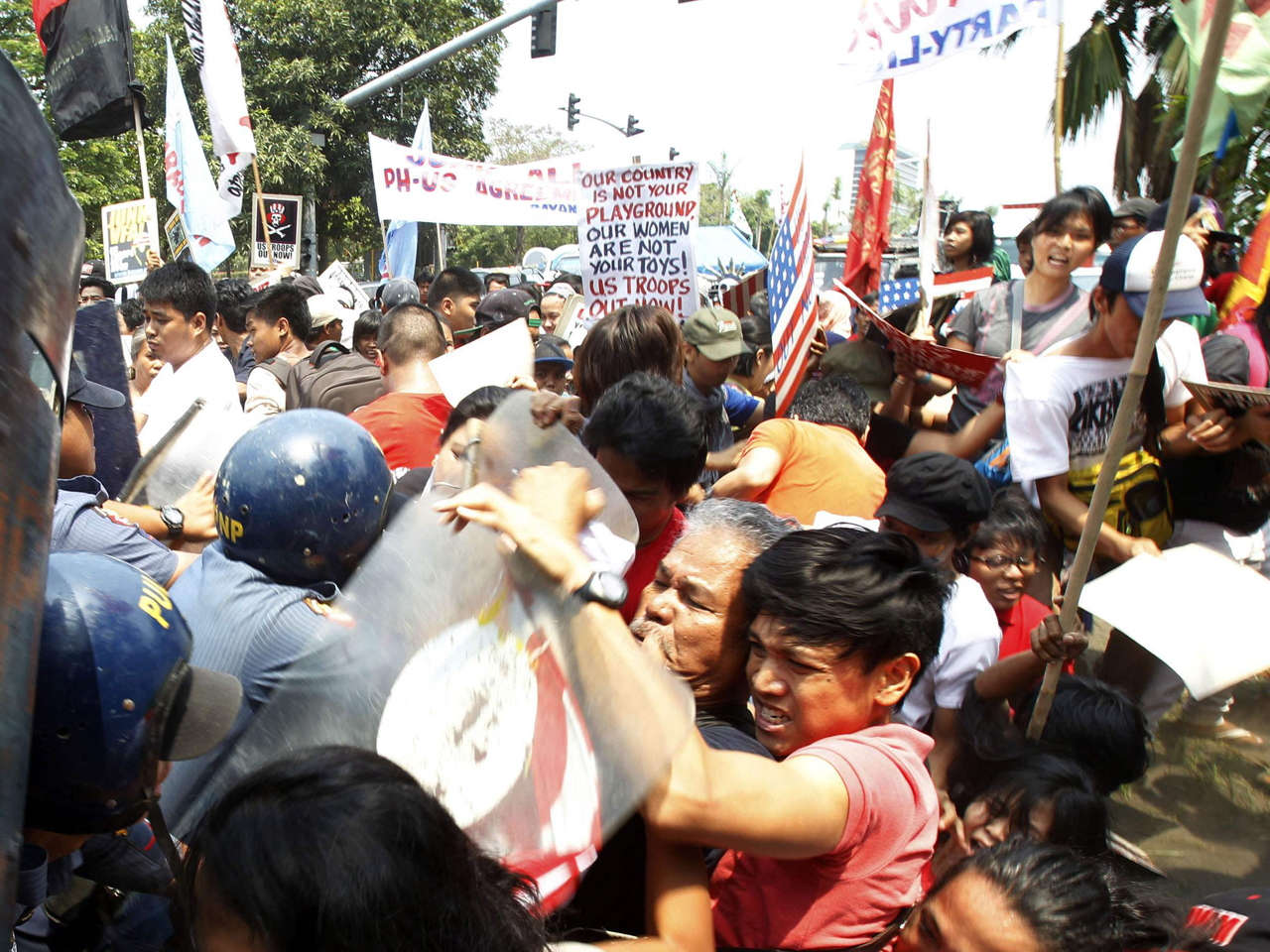 MANILA, Philippines -- Philippine police armed with truncheon, shields and water hose clashed Wednesday with more than 100 left-wing activists who rallied at the U.S. Embassy in Manila to oppose a visit by President Obama and a looming pact that will increase the American military presence in the Philippines.

Riot policemen blocked the flag-waving activists near the heavily fortified embassy compound but the protesters slipped past them, sparking a brief scuffle in view of motorists stuck in traffic.

The police sprayed the protesters with water from a fire truck to push them away. A police officer was punched in the face in the melee but no arrests were made. Some of the protesters carried paper U.S. flags with the message: "Obama, not welcome."

Obama arrives in Manila on Monday for an overnight stop after visiting Japan, South Korea and Malaysia on an Asian trip where he is expected to reassure allied nations enmeshed in long-running territorial disputes with an increasingly assertive China.

The United States and the Philippines, which are treaty allies, have been scrambling to overcome differences to finalize a new security accord in time for Obama's visit.

The accord will allow more U.S. troops, aircraft and ships to be temporarily stationed in selected Philippine military camps as a counterweight to China and as a standby disaster-response force. About 500 American soldiers have been based in the southern Philippines since 2002 to provide anti-terrorism training and intelligence to Filipino troops battling al Qaeda-linked militants.