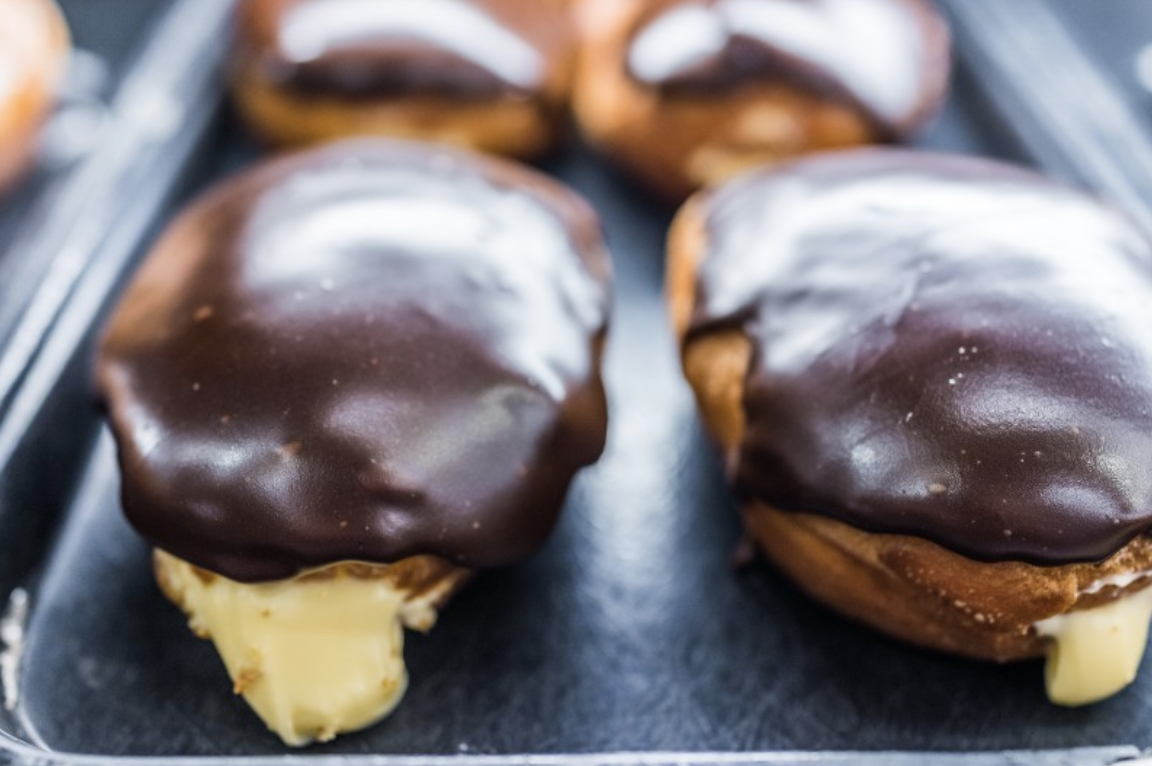 The rivalry between Philadelphia and Boston is getting deeper and deeper ahead of the Super Bowl. Dottie's Donuts in Philadelphia has stopped selling Boston cream donuts, sending a clear message to New England fans.

"We are not doing Boston cream right now, until after the Super Bowl," Quinton Johnson, who works at Dottie's Donuts, told CBS Philadelphia. Johnson says the donut shop has started getting prank calls from Patriots fans, who he identifies by their Boston accents.

In retaliation to the donut ban, Boston's Esplanade Park is shunning some Philly favorites. Philadelphia cream cheese, Philly cheese steaks, soft pretzels and even Crisco are no longer allowed inside the park until after the Super Bowl on Feb. 4.

Philadelphia has become known for their "Crisco cops," who grease up telephone poles to prevent fans from climbing them after big football games. To honor the Crisco cops, Dottie's is now selling "grease pole pastries."

The donut shop, which is completely vegan, also replaced the Boston cream variety with a green pistachio matcha donut, in honor of the Eagles. Both of the specialty donuts have sold out, Dottie's Donuts told CBS Philadelphia.

As for the ongoing food feud between the two cities, Johnson says it began as a joke.

"At first everything starts as an idea, but it just blew up I guess," he said.

Who will win the feud? We'll have to wait and see on Super Bowl Sunday.