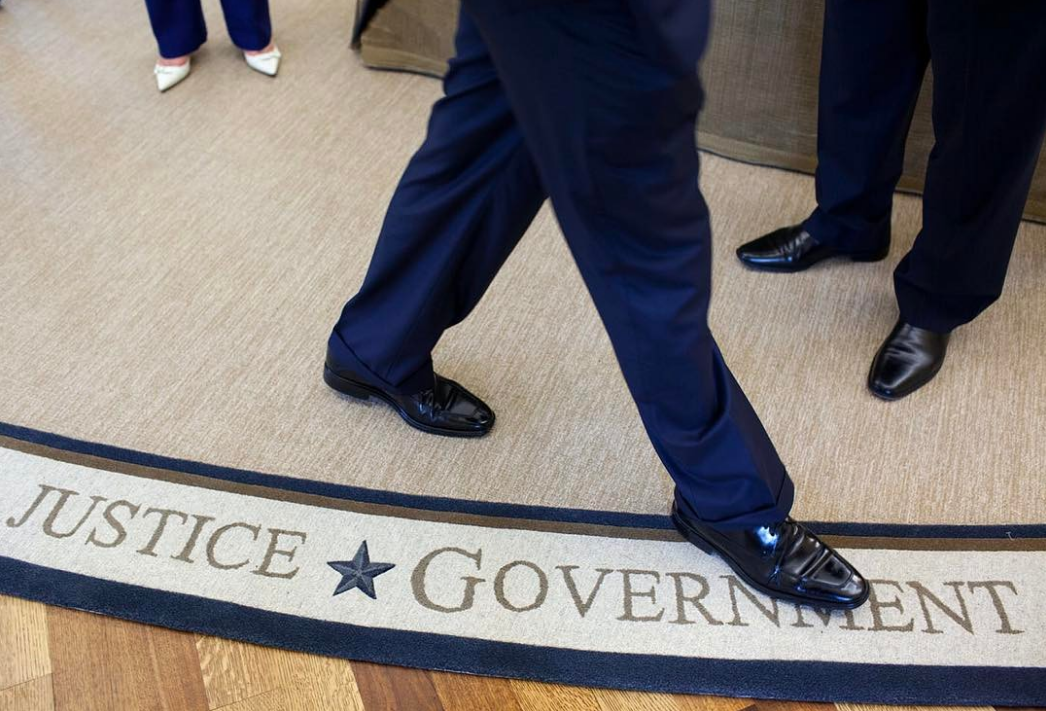 Most of President Trump’s critics voice their ire on TV, write in newspapers or online, or vent on Twitter or Facebook. Pete Souza, however, posts his commentaries on Mr. Trump in pictures. It’s probably no exaggeration to say that for anything Mr. Trump does, Souza has a photo that shows how Obama did it differently. The former chief White House photographer snapped pictures of former President Obama every day -- as many as 2,000 photos on some days.

Souza chronicled all eight years of the Obama administration, and lately, he has been turning to his archives to compare the actions of the new and old commanders-in-chief.

On Monday, as the White House communications staff was fielding questions about photos that purported to show Mr. Trump at dinner at Mar-a-Lago looking at documents and talking on the phone as the news of a North Korean missile test was breaking. The White House said that the the matter was dealt with privately before he dined with Japanese Prime Minister Shinzo Abe. Still, the president drew criticism for what some Democrats and former national security officials perceived to be a security risk. They wondered why Mr. Trump didn’t move to a secure location.

Souza also seemed to wonder. He posted a photo on Instagram showing the kind of secure location Mr. Obama used on the road, with a caption that explained that “national security discussions and head of state phone calls were conducted in a private, secure location.” This photo was taken in El Salvador in Mar. 2011

In the wake of some rough foreign leader phone conversations between President Trump with, among others, Australian Prime Minister Malcolm Turnbull, this photo went up on Instagram of happier times.

And here’s Mr. Obama sampling tequila with Mexican President Enrique Pena Nieto, who has been arguing with Mr. Trump over plans for a wall on the southern border, as well as just who’s paying for that wall.

Souza has also posted photos from the Obama administration related to refugees in the wake of the Trump travel ban. The ban would temporarily suspend entry into the U.S. by all refugees and indefinitely suspend entry by Syrian refugees. It would also temporarily ban individuals from seven countries. For now, however, the ban is not in effect, because of a nationwide preliminary injunction that will keep the ban from being implemented until the courts rule on its merits.

Here’s a 2015 photo of Obama with a refugee in Kuala Lumpur, Malaysia.

And this one shows Obama’s visit from a boy named Alex who volunteered his family to adopt a Syrian boy whose home was bombed.

Around the time that Mr. Trump named his Supreme Court nominee, Neil Gorsuch, Souza posted former nominee Merrick Garland’s meeting with Obama. “Just saying,” Souza wrote. Garland, who was nominated early last year by Obama, did not get a confirmation hearing from the GOP-controlled Senate.

In an interview that ran in January on CBS “Sunday Morning,” Obama told CBS News’ Bill Plante that he found Souza’s photos “evocative, accurate, creative.” And he said of Souza that he was “a great friend and someone I trust.”

Souza, who was also the White House photographer during Ronald Reagan’s presidency, declined to be interviewed for this story. For now, it’s apparent that he thinks his pictures provide commentary enough.