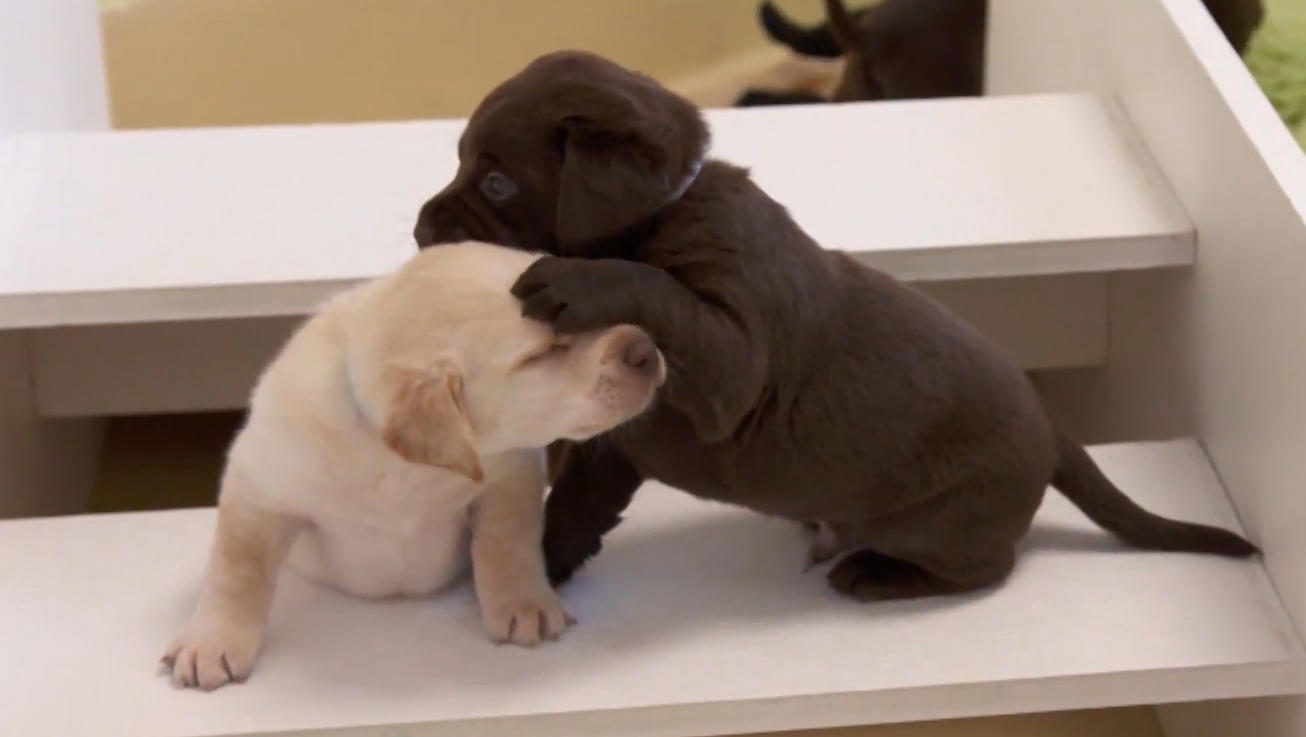 How much is that maltipoo in the window? It could end up costing twice what it says on the price tag if the buyer is enticed into signing a pet leasing contract.

That's what nearly happened to 24-year-old Natalie Sullivan, of Brooklyn. She and her roommate, she said, fell in love with a designer Frenchton puppy at a pet store but couldn't afford the $1,350 price tag.

"So the salesman talked us into this predatory payment plan," Sullivan said.

It wasn't until they got home with their adorable French bulldog-Boston terrier mix that they read the contract more closely. Little Jane wouldn't actually be theirs for two years, after they'd forked over monthly payments totaling nearly $3,000 plus a balloon payment of $275. If they failed to pay, it appeared, the lease company could repossess their bat-eared baby as if she were a car.

"It's a heinous thing," said Libby Post, executive director of the New York State Animal Protection Federation, which is lobbying for a ban on pet leasing. "This kind of predatory lending should not involve a living, breathing being."

"Pet leasing is a predatory practice that preys on people who cannot always afford a companion animal," said Assemblyman Matthew Titone, a Democrat from Staten Island, in the memo supporting his bill.

Like consumer loans, pet leases are offered to people who want to buy a purebred puppy or a so-called "designer" dog — such as the popular maltipoo, a maltese-poodle cross — but can't afford prices that often exceed $1,000 at a pet store. The American Society for the Prevention of Cruelty to Animals says leasing options are popular with pet dealers because they are under pressure to sell puppies while they are still puppies, when they are at their cutest and most attractive to buyers.

"The concept of leasing a dog is new in our culture," Wags Lending, launched in 2013, says on its website. "We have carefully crafted a lease purchase agreement so that consumers can enjoy the pet that they have always wanted, when they wanted." The company, which says it has handled 66,000 pet leases, says it doesn't charge interest, like that on a loan. Rather, it charges a monthly lease fee comprising rent plus depreciation "compensating the business for the decrease in the product's fair market value while the customer is using the product."

The Better Business Bureau in Fresno, California, looked at the cost calculator on one pet leasing company's website and found that if you bought a dog for $2,000, you could have a monthly payment as high as $293 for 24 months, bringing the dog's final cost to more than $7,000. And if you stop making payments, "the company has the right to take your animal back and ding your credit score."

A woman who answered the phone at Wags Lending said "we have no comment," then referred the call to a supervisor who did not call back. Wags Lending's parent company, Bristlecone Holdings, filed for bankruptcy last year, but Titone's office said it's not the only company offering pet lease contracts.

Sullivan, who works in television casting, said as soon as she understood the costs of her lease, she tapped into her savings and paid off the puppy's purchase price — plus the $275 payoff fee.

"Thankfully, we got a nice, healthy, well-rounded dog," Sullivan said. "But I wouldn't buy from a pet store again."

Wags Lending assigned some lease contracts to Monterey Financial Services, based in Oceanside, California. Chris Hughes, president and CEO of Monterey Financial, said the company is aware of New York's proposed legislation and stopped accepting leases from originators more than a year ago. He called assertions of "predatory lending" and holding pets as collateral "patently false and inaccurate."

10 of the tallest residential buildings in the U.S.

When renting property to relatives, know the tax rules
Thanks for reading CBS NEWS.
Create your free account or log in
for more features.
View CBS News In
CBS News App Open
Chrome Safari Continue
Be the first to know
Get browser notifications for breaking news, live events, and exclusive reporting.