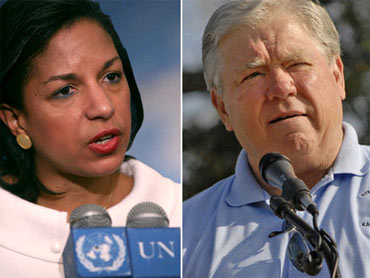 Oldest sisters or baby brothers are more than simple labels on the family tree. Psychologists say that birth order affects all aspects of a child's personality.

The Early Show receives some advice from psychologist Kevin Leman for parents on what to expect from their oldest, middle and youngest children and how birth order should affect parenting style.

Here are Leman's definitions of what is to be the oldest, middle or youngest child.

Newscasters and TV talk show hosts tend to be first born or only children. Prominent examples include: Walter Cronkite, Peter Jennings, Dan Rather, Ted Koppel, Oprah, Donahue, Geraldo, Arsenio Hall and Rush Limbaugh. Over half of U.S presidents were firstborns. Clearly, firstborns are natural leaders. They also tend to be reliable, conscientious and perfectionists who don't like surprises. Although, firstborns are typically aggressive, many are also compliant people pleasers. They are model children who have a strong need for approval from anyone in charge.

Only children are firstborns in triplicate. They are even more responsible and even bigger perfectionists. They usually get along better with people older than themselves.

These kids are the most difficult to pin down. They are guaranteed to be opposite of their older sibling, but that difference can manifest in a variety of ways. Middle children often feel like their older brother gets all the glory while their younger sister escapes all discipline. Because the middle child feels that the world pays him less attention, he tends to be secretive; he does not openly share his thoughts or feelings.

Middle children may not feel they have a special place in the family so friends and peer groups become much more important. They can usually read people well, they are peacemakers who see all sides of a situation, they are independent and inventive. If a firstborn is a company's CEO, the middle child is the entrepreneur.

Babies of the family are social and outgoing, they are the most financially irresponsible of all birth orders. They just want to have a good time. Knowing that these kids love the limelight, it's no surprise to discover that Billy Crystal, Goldie Hawn, Drew Carey, Jim Carey and Steve Martin are all lastborns.

While lastborns may be charming, they also have the potential to be manipulative, spoiled or babied to the point of helplessness.

"The last born is the one who will probably still have a pet name although he's 29 and has a masters degree," Leman says.

Some variables can affect the above descriptions. For instance, if there are several years between the first and second child, the second child will have some characteristics of a firstborn. Or, if the firstborn is a girl and the second a boy, the son will have some first-born characteristics because he is the family's first male offspring. Sibling deaths, adoptions and blended families can also upset the traditional birth order.

Children are all different and have to be parented in different ways. Dr. Leman recommends the following as a guide to parent kids by their birth order.

We've been discussing children's birth orders, but it's important to realize that parenting style is also influenced by the parent's own birth order. Parents subconsciously identify with the child who holds the spot in the family they occupied themselves. A lastborn dad might think his youngest antics are cute while mom sees them as irresponsible.

Also, firstborns are perfectionists their whole lives. As parents, they may set standards that are difficult for a child to reach. This makes them frustrated and their children unhappy.

Mom Of 555-Pound Teen Speaks Out