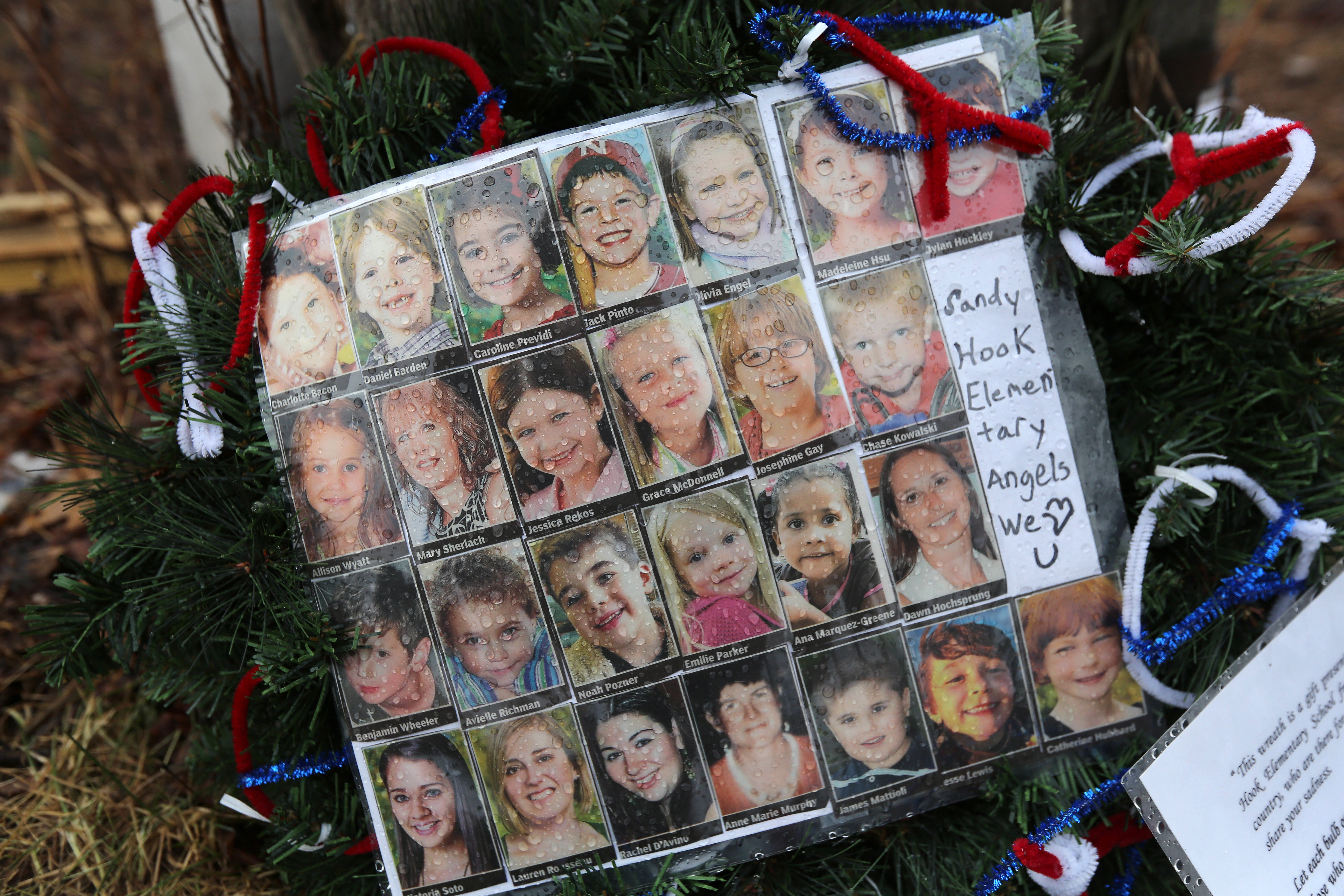 NEWTOWN, Conn. -- As the second anniversary of the Sandy Hook Elementary School shooting arrives Sunday, local officials and others touched by the tragedy have been busy on many fronts as the town continues its recovery from the massacre of 20 children and six educators.

Some families that channeled grief into activism are forging ahead with efforts to curb gun violence and improve mental health treatment. The town has begun reviewing ideas for a permanent memorial and the first construction work has begun on a new school, which will replace the building where the shooting took place, torn down last year. Newtown also acquired and will decide what to do with the home where the shooter lived.

The gunman, Adam Lanza, shot and killed his mother on Dec. 14, 2012, before driving to the school where he gunned down the victims with a semi-automatic rifle before committing suicide.

Here is a look at recent developments in Newtown:

No public commemorations on anniversary

As was the case on the first anniversary of the shooting, Newtown is not holding any public commemoration ceremonies Sunday. First Selectman Pat Llodra and school Superintendent Joseph Erardi say the day will be marked through "personal reflection and remembrance."

"We cannot undo the awful happening on that day -- but we can choose how we respond to it and that choice could maybe have long-lasting positive effects," Llodra and Eradi wrote in an open letter last month. "Together, we believe this statement represents the best interest of our community. Thank you for respecting our call on behalf of all residents and school children for privacy and gentleness of spirit."

Several houses of worship and community centers were holding prayer services and offering grief counseling, according to the Newtown Recovery and Resiliency Team. Connecticut Gov. Dannel P. Malloy ordered flags across the state to fly at half-staff from sunrise until sunset Sunday.

The town is still seeing high demand for counseling serviceshigh demand for counseling services among survivors, parents and others dealing with the effects of the tragedy. Mental health officials say thousands of people in Newtown have taken advantage of therapy and other programs, reporting a variety of issues including substance abuse, relationship troubles, disorganization, depression, overthinking or inability to sleep. And some of the problems are just now coming to the surface.

"We've found the issues are more complex in the second year," Superintendent Erardi said. "A lot of people were running on adrenaline the first year." Agencies have been working to set up a support system for the next 12 to 15 years, as the youngest survivors approach adulthood.

A report released last month by Connecticut's Office of the Child Advocate found that Lanza's parents, education team and others missed signs of how deeply troubled he was and opportunities to steer him toward more appropriate treatment.

The report concluded that Lanza's autism spectrum disorder and other psychiatric problems did not cause or lead directly to the massacre. But it found that his "severe and deteriorating internalized mental health problems" when combined with a preoccupation with violence, and access to deadly weapons, "proved a recipe for mass murder."

In exploring what could have been done differently, the new report honed in on his mother, Nancy Lanza, who backed her son's resistance to medication and from the 10th grade on kept him at home, where he was surrounded by an arsenal of firearms and spent long hours playing violent video games.

Lanza's obsessions with firearms, death and mass shootings have been documented by police files, and investigators previously concluded the motive for the shootings may never be known.

Many of the families who lost loved ones in the shooting have become champions for stronger gun control measures. In May, 37 teachers formed Sandy Hook School Educators for Gun Sense. One of the group's goals is to close loopholes that allow online and private gun sales without background checks.

In an interview for CBS Sunday Morning earlier this month, second-grade teacher Carol Wexler told Jane Pauley, "For myself, at this point I feel that I have a responsibility to make sure that I at least try and do something. I look at the young children in school every day, and I think, 'I can't let them grow up in a society where this is acceptable.'"

"There have been nearly 100 shootings at American schools since our tragedy," said Abbey Clements, who also teaches second grade. "That's an unacceptable number. Over 31,000 Americans die each year by guns. What's it going to take? We have to have that confrontation. We have to be ready to have that argument."

No new research on gun violence

Just a month after the shooting, President Obama called for new research on "the causes of gun violence" and the effects of violent video games on young people. However, CBS News has found that no new research has been done in since the shooting.

A White House spokesperson told CBS News, "We were disappointed that Congress did not fund the Administration's research funding request," which would have added $10 million to the the Centers for Disease Control budget. A spokesperson for the House Appropriations Committee said that there has been a restriction on federal funding into the causes of gun violence at the CDC since 1996.

Parents of more than half the children killed in the shooting have filed papers that lay the groundwork for possible wrongful death lawsuits, but the documents do not indicate who would be sued. The families have declined to comment on their intentions. In Connecticut, the statute of limitations to file civil lawsuits involving actions that cause death is generally two years. That time limit is three years in other kinds of lawsuits, such as product liability claims against gun makers, for example.

A town panel has gathered input from more than 350 people including survivors, first responders and others touched by the tragedy on the search for a permanent memorial to honor the victims. The public will be invited to weigh-in during forums next year. So far, 18 of the 26 victims' families have gotten involved. The panel is not consulting the family of the shooter's mother, Nancy Lanza, who purchased the weapons that her son used during the rampage.

Earlier this month Newtown took possession of the house in an upscale subdivision where Lanza lived with his mother. The bank that transferred ownership, at no cost to the town, first removed and burned all of the personal effects remaining inside. The town now must decide what to do with the building, which several residents have suggested should be demolished.