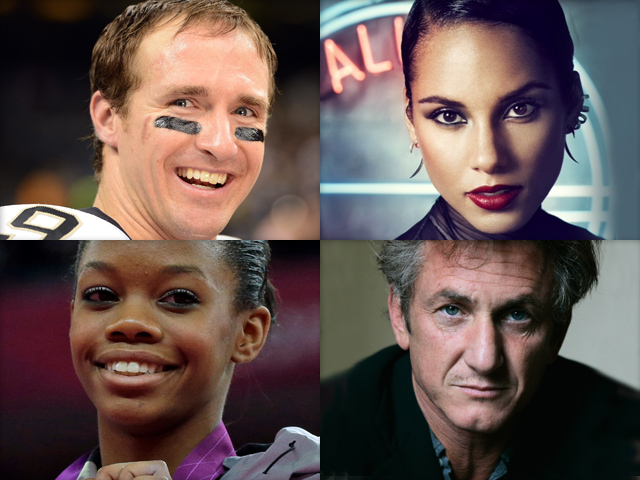 Drew Brees is America's most loved quarterback, according to Forbes Magazine.

He's a Saint in more ways than one, coming to New Orleans after Hurricane Katrina, helping bring the city back from the brink and leading his team to an emotional Super Bowl victory in 2010.

Now see the other side of Drew Brees, the family man in the home he shares with his wife, Brittany,and his three little boys. The couple invite "Person to Person" inside their home for a look at the things and people that mean the most to them.

She has 14 Grammy wins, has sold more than 30 million albums, and her latest hit, "Girl on Fire," is on everyone's playlist. But Alicia Keys says she's just getting started.

Married to a well-known record producer and mother to a 2-year-old son, Keys says right now, she's making the best music of her life.

Just days before the release of her new CD, Keys brings cameras into her private recording studio where she shares her new music and emotional stories about being a wife and mother.

He's an actor's actor whose smoldering portrayals of complicated characters have earned him two Academy Awards.

Off screen, he's opinionated, passionate, sometimes charming and sometimes not. But, Sean Penn always does it his way.

Penn invited "Person to Person" co-host Charlie Rose to his second home in the Caribbean, where he gets to play what may be his most fulfilling role yet.

Olympian Gabby Douglas made history when she became the first African American gymnast to win the all-around gold.

It wasn't easy to catch up with her because Gabby Douglas never stops moving. For the past three months, Douglas has been traveling with some her fellow Olympians as part of a national gymnastics tour.

"Person To Person" caught up with Douglas at a stop in Hartford, Conn.