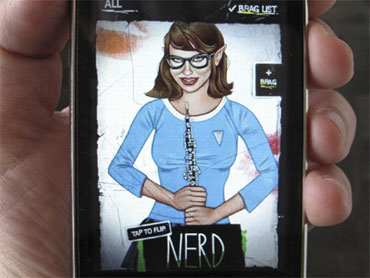 PepsiCo Inc. has removed the iPhone application that promised to help men "score" with different types of women about a week after it was criticized for stereotyping.

The soft drink and snack maker announced its decision on Thursday. The application, called "Amp up before you score" - used to promote its Amp energy drink - was unavailable for download on iTunes and removed from the brand's site.

"We've listened to a variety of audiences and determined this was the most appropriate course of action," the company said in a statement.

The application gave users pickup lines to woo two dozen stereotypes of women, from "the nerd" to "the foreign exchange student" and a scoreboard to keep track of their conquests.

Criticism swirled on blogs and on Twitter about a week after its launch but PepsiCo did not remove the application. PepsiCo apologized on its Amp Twitter page, saying the application tried to show the "humorous lengths guys go 2 pick up women."

But it ignited a firestorm when it included the tag "pepsifail" on the apology this week. Twitter users use tags to mark their posts and track conversations. That tag linked PepsiCo - not just the Amp brand - to the situation and implied the company did something wrong by calling it a "fail."

"The true benefit had been realized by PepsiCo with it generating all that buzz," he said.

The application was targeting the drink's main customers - men in their 20s and 30s - and anyone who would have downloaded the program most likely has already done so, Dugan said.

John Sicher, editor and publisher of trade publication Beverage Digest, said the promotion was meant to be edgy and fun. The fact that it came from PepsiCo, based in Purchase, N.Y., made it newsworthy and subject to criticism, he said.

"Had it been from a little startup energy drink company it wouldn't have been controversial, and no one would have paid attention," he said.