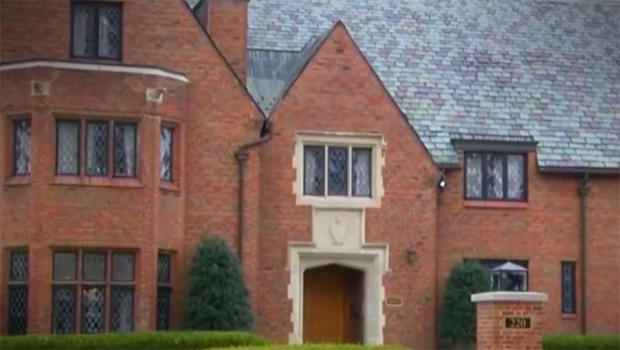 Cars filled the parking lot of Penn State's Beta Theta Pi house this weekend as alumni returned to the now-defunct fraternity house, some in Nittany Lion gear ahead of Saturday night's football game.

The university shut down the chapter in March, after 19-year-old Timothy Piazza died from injuries he suffered after drinking a large amount of alcohol while pledging at the Beta Theta Pi fraternity.

Information obtained by CBS News appears to show Beta Theta Pi alumni can rent rooms at the disbanded fraternity house in State College, Pa., for $50-$350 a night on football weekends.

The group of alumni that runs the property says, despite renting out the rooms at this house, the alumni "grieve" for the Piazzas, too.

Officials from Penn State called it "insensitive," and the local newspaper said it's "too soon."

The Piazza family says they feel like the alumni are dancing on their son's grave. "It's offensive; it's disgusting," Evelyn Piazza told correspondent Jericka Duncan.

Jim Piazza added, "That was a crime scene. They shouldn't be there. That house should be shut down and repurposed."

Jim and Evelyn's son, Timothy, died last February after an alleged hazing ritual involving heavy drinking at the frat house. Shortly after, Penn State removed Beta Theta Pi from the school's Greek system, though the property is owned by the chapter's alumni through a housing corporation.

CBS News also obtained court documents that include letters and emails about Piazza's death to fraternity alumni dating back to last Spring. In a May 18th letter, an attorney for the housing corporation disputed the claim Piazza died as a result of a "hazing ritual," and went on to say, "in fact, there was no 'hazing ritual.'" That attorney did not respond to our request for comment.

Other communications reveal the housing board vowed to "fight" for the chapter's "existence" … and brothers were asked for funds to help with legal fees.

In a recent statement, the Housing Corporation said the money made on football weekends will not be used for "the defense of the Chapter or the undergraduate members who have been charged with an offense by the Commonwealth of Pennsylvania, The Penn State University or the General Fraternity of Beta Theta Pi."

One brother told CBS News that, while he feels terrible about the tragedy that occurred there, banning the use of the house would be like "taking my history and erasing it."

"There's this weird dichotomy of who's able to use the house and why," said Penn State junior Alison Kuznitz, a reporter for the Daily Collegian. "I think the alumni are saying, 'This is our brotherhood. We can continue to, like, re-live our memories here.'"

"I think it just goes to show the arrogance of some of the alumni," said Jim Piazza. He believes opening Beta Theta Pi to alumni is difficult for Tim's older brother, Mike, who's a senior at Penn State.  "We have another son there," Jim said. "He has to hear about it. Think about his feelings."

Penn State overhauled its Greek life rules following Piazza's death. But already this semester, at least one fraternity has been suspended and another is facing charges for alcohol-related incidents.